Visitors to this blog will know that I often go down to the local flea market and return with useful gaming stuff. Most often it is cars and trucks but once it was an entire Napoleonic British army by Victrix.
I have had these 3 vehicles for a while now and have given them a basic paint job 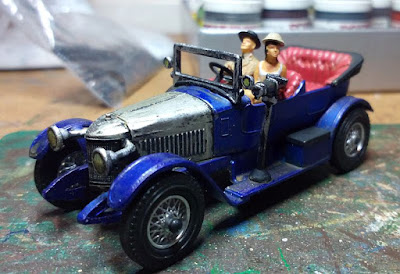 1914 Prince Henry with added passengers and a Lewis gun. I've ordered better drivers from Empress. This will make a nice command car for the Anglican Faction 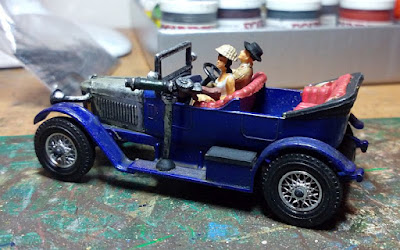 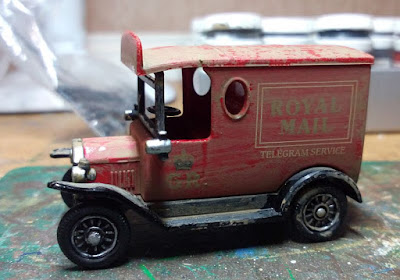 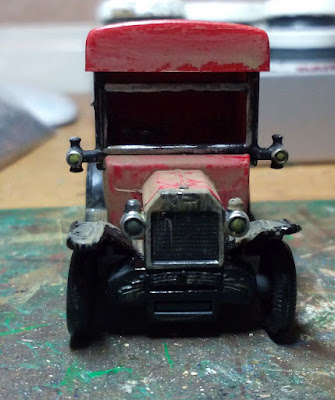 An episode of Dad's army popped into my head the other day, the one where Cpl Jones' van gets ftted with a gas bag  fuel system. Can't find an online image but it looked a bit like this 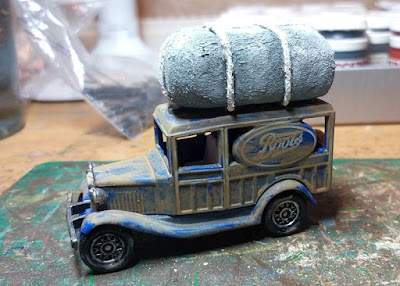 This Boots van has ad one fitted. It's made of dense foam and annoyingly it looks like a sponge. Still it was an idea 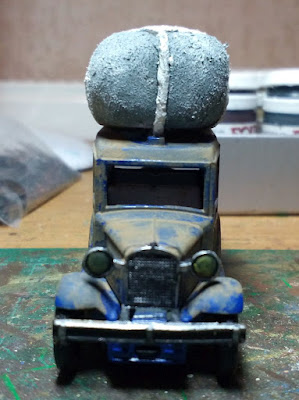