Challenge moves into its last 2 weeks and I will move into 1st place tomorrow with a massive 400pt+ sumission (equivalent to 80x28mm figs in a week.
Last year a won a raffle on Ray Rousell's blog and received approx 30 old school Saxon Warriors. I really like the figs, they have personality, and they were free 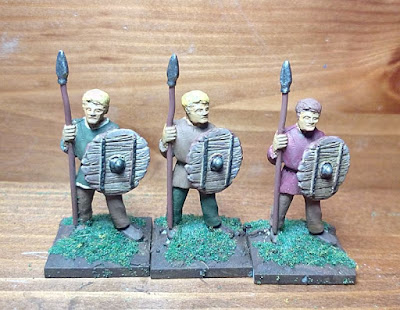 Faces didn't work well on these

In 1986 I bought some Saxons from Essex Miniatures. Last week I painted them 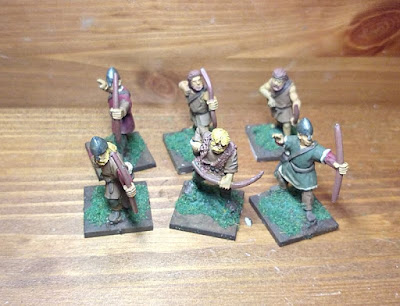 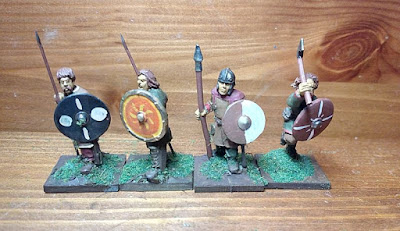 Last year I bought some NWF figures from Foundry but when they arrived they were Normans. I spoke to Foundry and they resupplied the missing figures and allowed me to keep the figs, which was nice

Last weekend I had my 50th birthday party and the Friday overnight guests went down to the flea market and I bought this for £8. 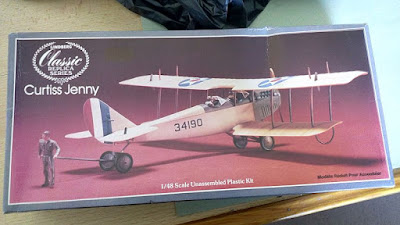 Next weekend its Albanich in Dumfries and I'm helping Matt Crump with his Sealion Game. Then on Sunday it's off down for a games day with the Old Guard, including a massive Impetus game. However my car failed its MOT on  Friday and it may throw a spanner in the works. Shouldn't be a problem as it's getting fixed on Wednesday but I may be skint as it electrical and between £70 and £800 depending on the problem.

It would be better it I had one of these