Just got back from Albanich, the Dumfries wargames show. It's a tiny affair with about 10 traders and a few of hundred visitors but It's a nice day out. Today was better than normal because Matt Crump was putting on a display battle and had asked me to play a side. Last year Matt won the best game in the show. His tables are like  we imagined wargaming as a little boy - totally immersive with lots of little details. The theme for the show this year was ancients but Matt was putting on an Operation Sealion game so to get in the swing of things the pub was called "The Alexander the Great", the shop was Hannibal Barca and Son and the billboards advertised Caesar and Cleopatra staring Janel Leigh. Understand his brain yet.
The aim of the battle was for the Germans to capture Lymne airfield and the crossroads in fornt of it. I was the Brits and Steve, another of Matt's minions was the Germans 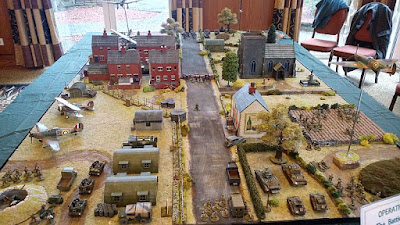 The opening shot, Brits and the bottom and Germans at the top.How did it go, well go over to Matt's site and check it out - may not be up yet 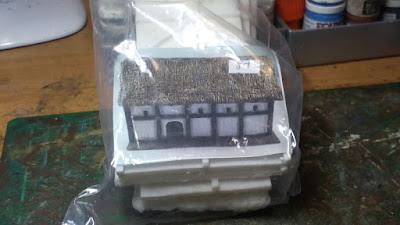 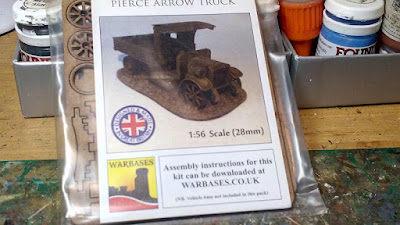 Bought some bases also, however when I got home this was on the mat 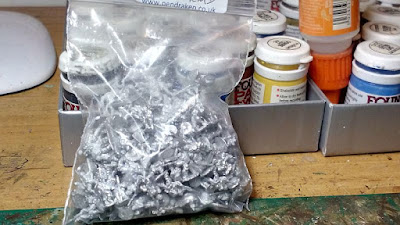 Pendraken 10mm Union Army - The Old Guard Club are building an ACW campaign in 10mm and this is my contribution. I also have loads of Danes who have the same uniform so  I have a significant army.
Tomorrow the Old Guard are having a games day, huge Impetus game, so more pictures