Back of Beyond - The Great Game

In my previous post, about 1 hour ago I mentioned that Matt and I are thinking about fighting a Back of Beyond campaign. As I was reading the Great Game on the train back from York, nearly finished it, I found what I think is an ideal campaign.
In 1935 the very top of the Northwest Frontier is Pamir. It is the last part of central Asia that does not have defined borders and sits between British controlled India, Russia and China. Control of this area will give any of these three Powers a dominate position in the region. The British are the most stable Power, although rumblings at home may be ominous. The Bolsheviks have control of Russia and they have expansionist dreams. The Chinese are fighting a civil war and the Japanese but the opportunity to control the region would secure their rear. 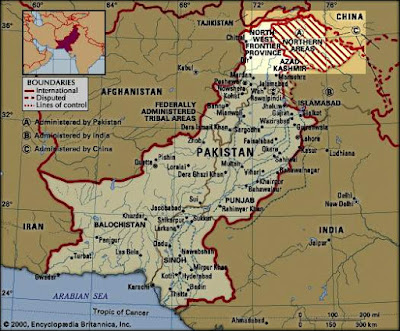 Pamir is an extremely mountainous region with steep valleys and mountain passes. Trade caravans that pass through the region are frequently raided by the local tribesmen under the orders of the local Emir Safdar Ali, in reality a glorified Bandit Chief. This has enraged the British and they have launched a punitive invasion of the region to secure the territory and protect their borders. 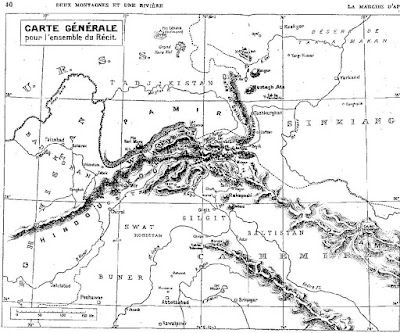 Safdar Ali has been seeking  aid from the Chinese and Chinese military advisors are in the region to help to train the tribesmen. Can the British advance through the mountainous terrain and secure the province or will Chinese influence prevail? What will the Russians do when they see their borders threatened?
In reality the British invaded in 1891 with a force of 1000 Gurkhas and Kashmiris. They fought 2 major battles and recieved 3 V.C.s. before wining.
Hopefully this will get Matt's little grey cells working