Today I went down to have another games day with the Old Guard Wargames Club. We refought the battle of El Teb on a huge table with Dave Docherty's massive collection. It was also our first group battle using Black Powder rules. 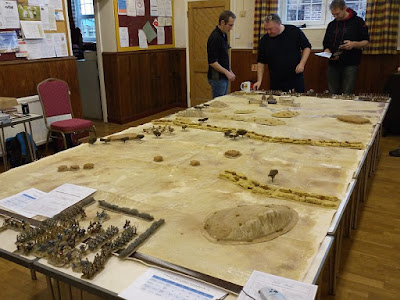 The table. The Brits at the bottom have to capture the village at the top in 8 turns. I'm in command of the 3rd Brigade - 3 inf battalions and a field gun. Few Mahdists visible at moment but there are more. 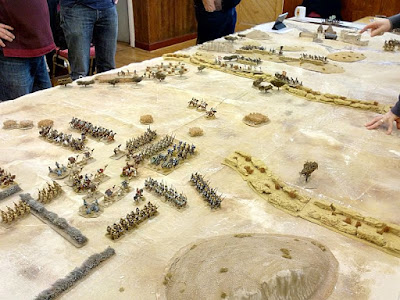 The Brits advance, we had shocking command rolls. I even managed to get the Rifle Regiment to wander left through the 2nd Brigade causing a traffic jam. By turn 2 we aren't going to make it in time. 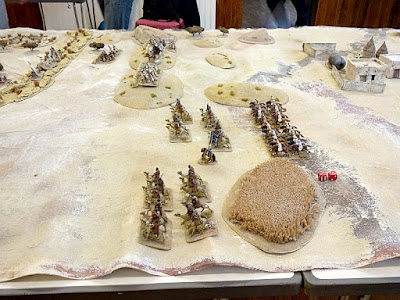 Luckily the Mahdists are impatient and start to advance. I will face this Cavalry brigade 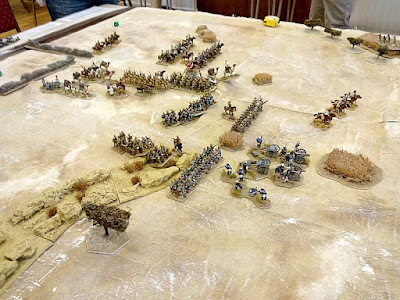 We start to get our act together 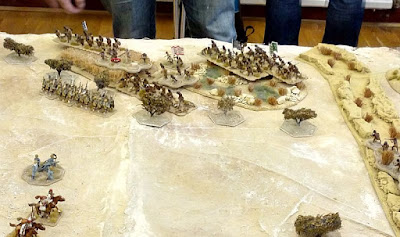 The Mahdists spring a trap on our left 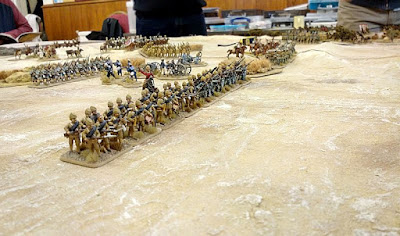 My 1st Brigade get in line away from the action 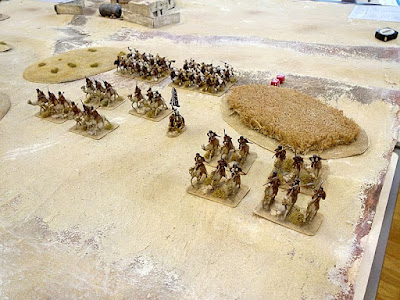 Just in time as the cavalry charge 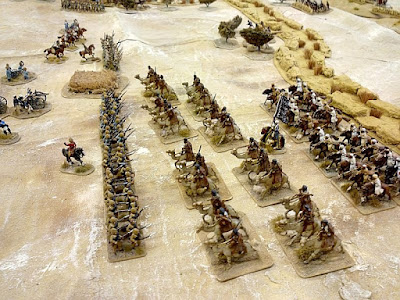 This is a cool photo. The camels in front are skirmishers and can't charge me 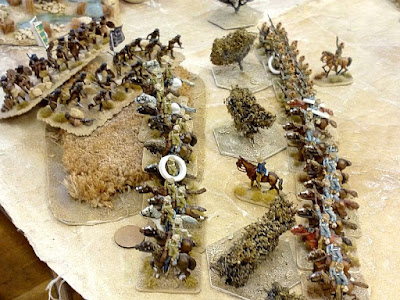 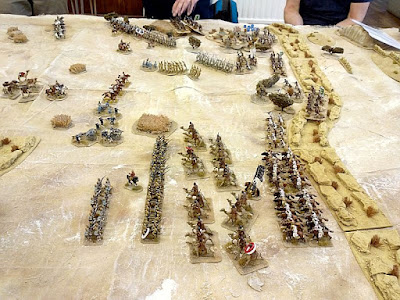 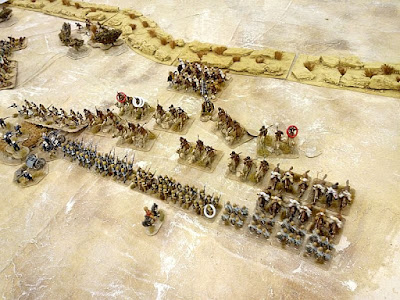 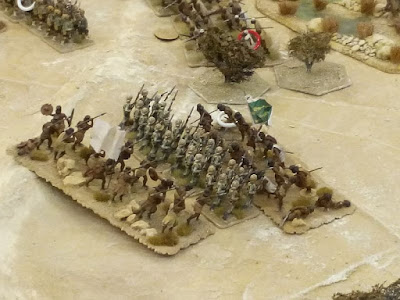 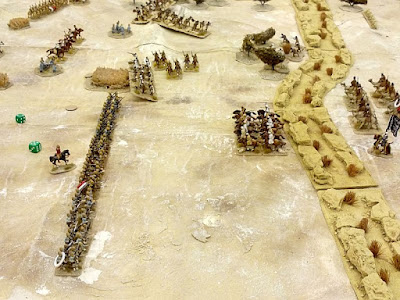 However on the Right I have wrecked the cavalry brigade and cause then whole brigade to bugger off. On the right the British cavalry and the Black watch destroy the attack from the brush and the whole Mahdist army is rendered ineffective.

We have won but the Naval Detachment has been ruined. A great battle, played in the right spirit
There was just time for a quick battle of Impetus. I've never played before and me and Dave fought as the Rep Romans against Pete and John as Carthaginians. Dave went hell for leather and smashed the Numidians. Me and Pete had a heavy infantry clash and I some how won. Nice to win but no Photos
Can't wait for the next game. Will take my VBCW figs and play Bolt Action