The Willey's are running their Secret Santa thing again this year and it was great fun last year trawling a new blog to find presents and I got a really great garden set for VBCW. So I signed up again. For my Santa my Christmas list is anything 28mm VBCW or Colonial African (or oddly enough some 28mm Mega City Judges - see below)
My experiences in Matt Crump's dungeon have made me want to improve my terrain so I've made a couple of papier mache hills, using shop bought hills as templates 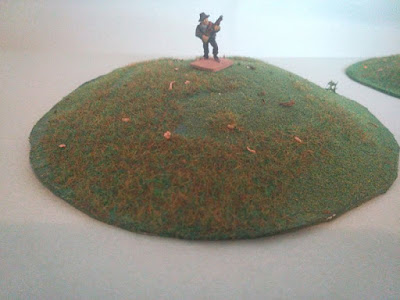 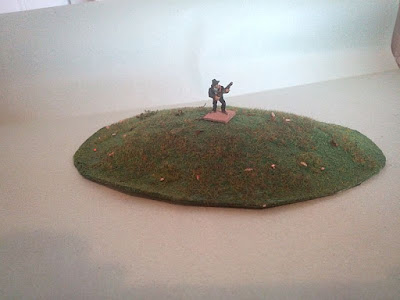 As usual the photography is shocking

Finally I've been working on 3 VBCW units. The Alnwick Vampires.
The strange tale of the hunchback vampire that stalked the ground of the castle
bringing terror to the peasants, was the most famously recorded by a medieval
chronicler named William de Newburgh. Lord Percy has unleashed his secret police on Northumberland and the locals quickly called them the Alnwick Vampires and warned their children to be careful in case the Vampires get them 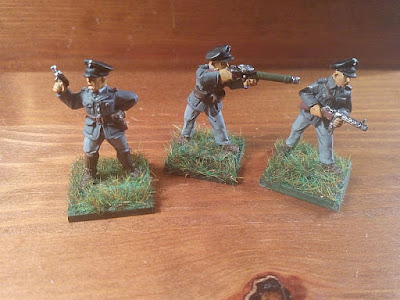 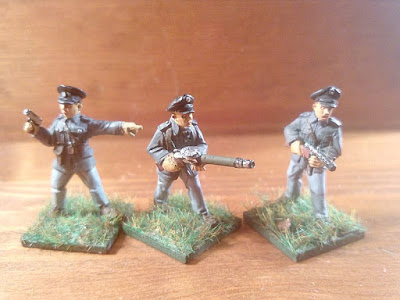 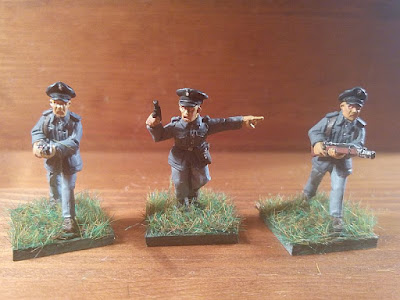 These 3 groups are the command groups for the 3 squads of Vampires and are Empress Spanish Civil War Republican Assault squad command figures. I bought them from Col Bill and were £32 for 28 figures. The figures are great but the grey uniforms were a bugger to paint with lots of subtle shading need - obviously you can't see this in the photos
Finally I've been buying lots of bits and pieces, flock etc. and at the tail end of the Warlord Judge Dredd sale the Angel Gang for £12.50 and free postage. I got the rules as well but they were free.