I'm off to the dungeon in a couple of weeks to fight a VBCW battle against Matt's Alston Socialists. The Hexhamshire Anglican league are off to assert their middle-class-ness. Last time I went armour heavy, this time it's the infantry to the fore.
I needed 1 more unit and i'd been eyeing these up for a while from Blind Beggar Miniatures. I present the Hexhamshire Women's Institute. Not content with staying at home making jam they've gathered their guns and are off to do the men's job as well. 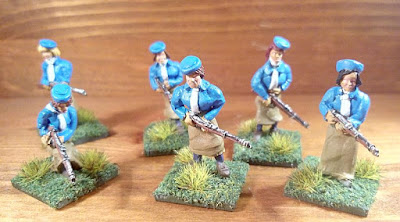 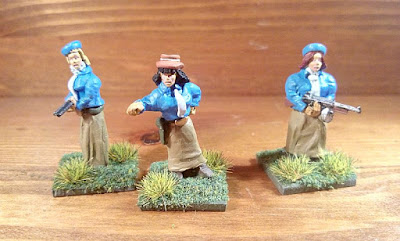 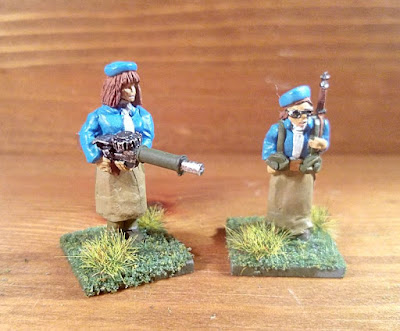 OK so they look like a stag night dressed as air hostesses, especially the riflewomen. The sculpts are not great, the heads are good and the weapons are good but the bodies are pretty poor. The command group and the Lewis gunner and loader are good figures but the rest aren't.
The colour scheme was supposed to look militaristic but they look exactly like air hostesses.  Hopefully they will perform well on the day.
Posted by MartinC at 21:57