Over the last three days I've been painting some French Foreign Legion Figures for my Africa Campaign. These are not the usual suspects, all P C Wren and Tuareg campfires, but figures for the Dahomey campaign in West Africa. The figures are all Dixon's as I bought the complete set and have painted and posted the tribesmen earlier.
The figures are excellently sculpted and have that look of men who have been in the field far too long. Accordingly I gave then a heavy wash to make them dirty, I don't normally do this as I prefer the troops to be dressed neatly for battle. 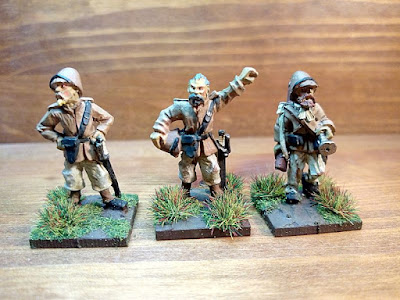 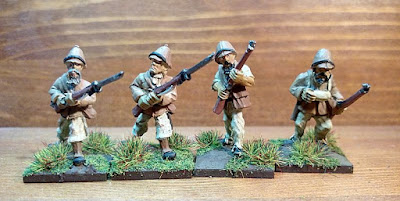 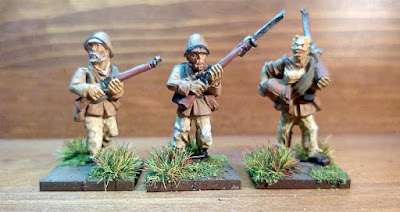 I'm fairly pleased with them, I really like the uniforms with white(ish) trousers, cork brown jackets and beige hats and some of the webbing. They don't quite pop as I imagined but I don't know why. They may need an extra wash with a darker shade.
Hope you like them
Posted by MartinC at 20:11