Really starting to get into Dragon Rampant and played again today. I played the standard bloodbath scenario and used 2 every large (48 point) warbands. T'ang Chinese vs Samurai. There was no magic and no special reduced strength units. I really wanted to test out the rules with lots of figures. I made 1 change to the standard rules to accommodate the fact that there were 9 units on each side. I allowed each side to reroll 1 failed activation dice roll per turn. This worked well and allowed me to move most of each sides units each turn.
The T'ang forces used lots of mixed missile units with 4 cavalry units and I even gave the 2 Elite Rider units bows. Against these were lots of Samurai elite and heavy infantry with only one unit of Elite riders. 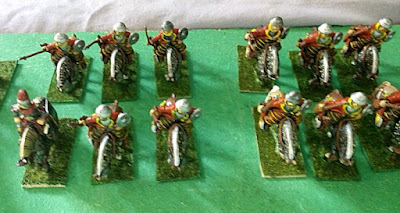 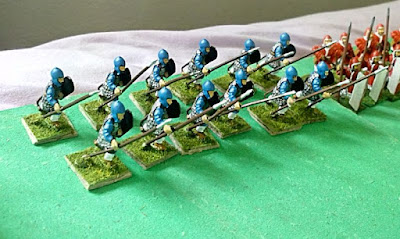 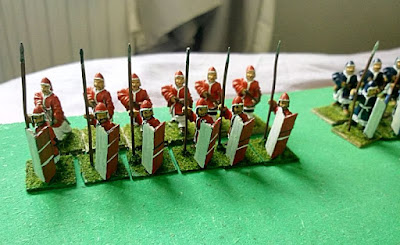 T'ang Light Foot with missles - there are 4 of these 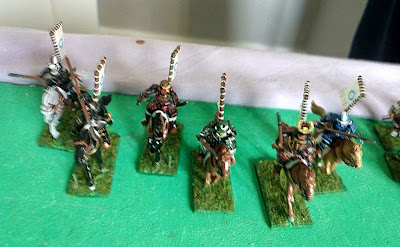 
The T'ang plan was to advance to a good position and hold whereas the Samurai were planning to charge.
The battle opened with both sides advancing, T'ang had a large cavalry force in the centre and most of their infantry to the right. The Samurai were more spread out but they also put their Elite Riders in the centre. The battle wold be around the village with the Samurai also trying to swing round from their right and roll up the Chinese. 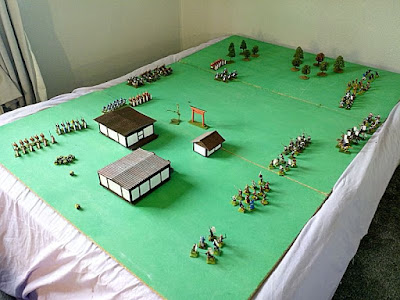 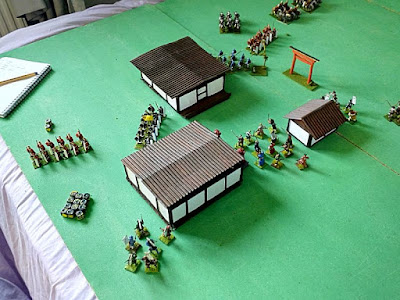 Turn 2. Lots of infantry enter the village. The Chinese fire to no effect 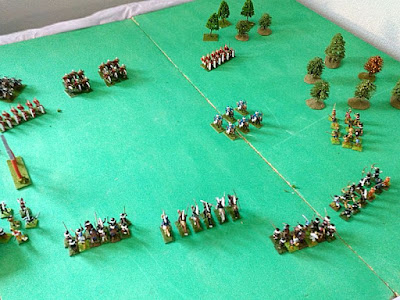 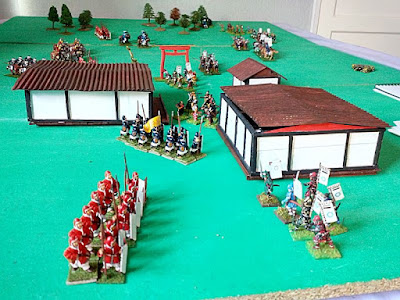 In the village the Samurai charge one of the T'ang light foot units and routs it off the table. In the centre the 2nd LF unit has survived an attack by the Ronin and fight them again but are pushed back into the waiting hands of the samurai who destroy them. 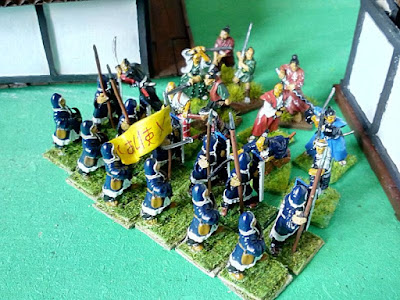 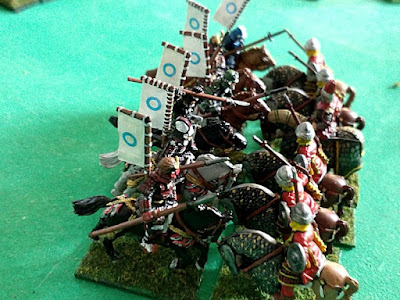 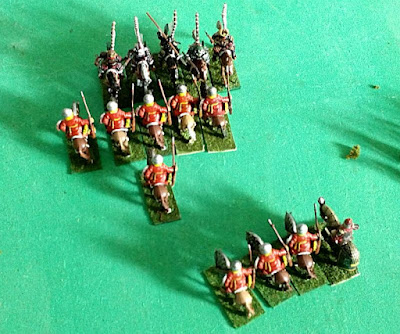 The 2nd elite rider unit charges the mounted samurai (immediate follow up is good. However the samurai are very hard and win.again 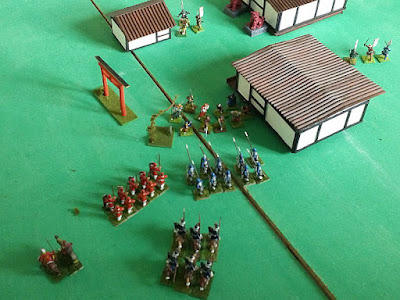 On the other side of the village there is a bloody standoff between the forces as the Ronin can't break the T'ang wall of spears. 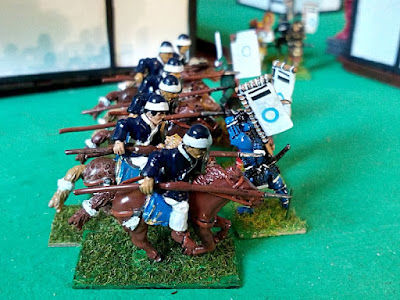 THe samurai have been reduced to 1/2 strength and are charged by the T'ang heavy cavalry but kick their ass. Neither side has the strength to take the village 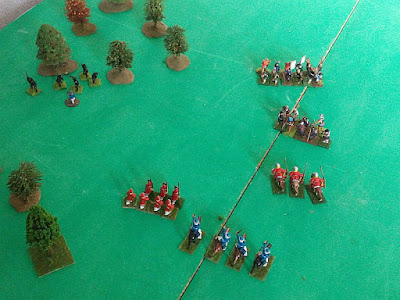 On the other side of the battle the samurai cavalry have been ground down and the rest of the Samurai are hard pressed. However a couple of volley's of arrows start to give them the advantage as the Elite riders are cut down. 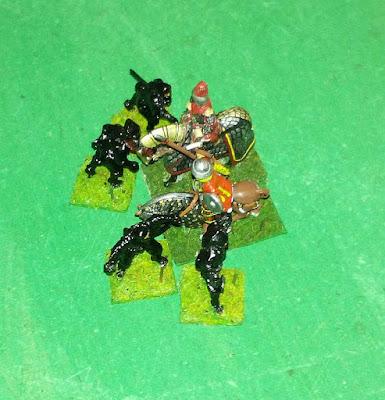 The final act of the battle was a unit of ninja (Offensive Heavy Foot) came in from the flank and took out the T'ang general (the must have force fed him poisoned fish heads).

Overall another fun battle. The rules up scaled nicely and the reroll worked well for a failed activation. Really getting into these rules now. Next more monsters, or maybe some painting