So my Frost Grave rules came at the weekend and after a weekend on a farm getting drunk and playing cricket (for Americans that's baseball in 4 dimensions) I played a tester game yesterday. I'm pretty short of wizards and so I fought Amazons vs Africans 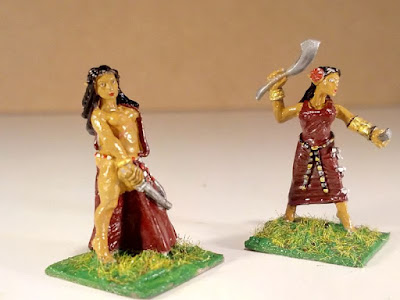 Thieves (Foundry nymphs painted in the days of gloss varnish) 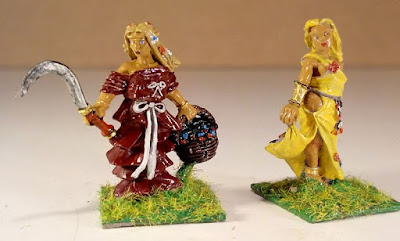 I selected the Amazon wizard to be an illusionist. The Africans were to be witches. 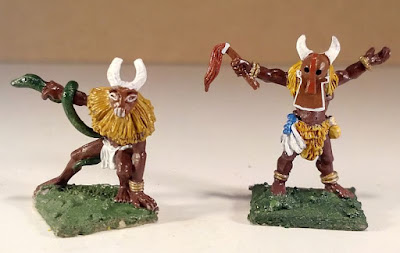 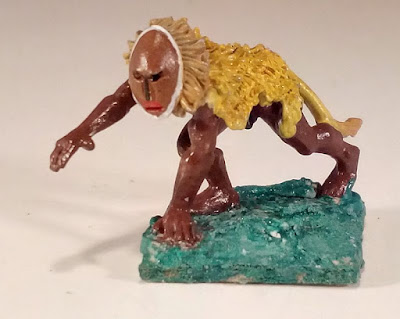 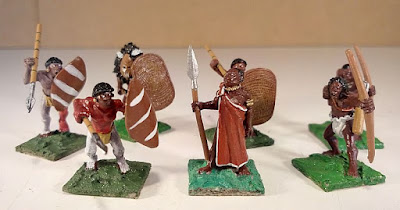 Obviously I needed a warmer environment to fight over 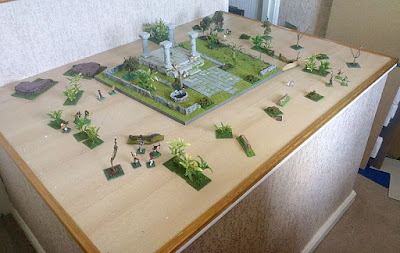 This is ruined Greek style temple in a jungle setting that I made a couple of years ago. The pillars are wedding cake decorations from M&S - cheap and plaster. The forces started from opposite sides and quickly made their way to the front. The Amazons had selected Write Scroll and got Fleet Foot which was used on one of the thugs to get to the centre quickly. 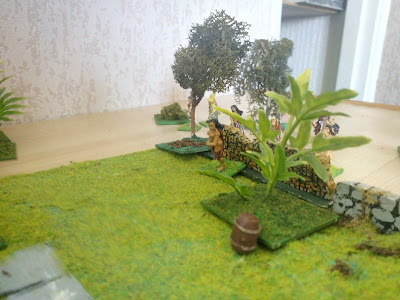 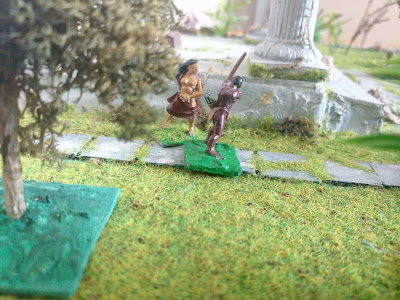 The sides continued their advance to centre with the African Thief capturing a treasure chest and making off with it. It was obvious that the action would be in the temple and to the front of it. 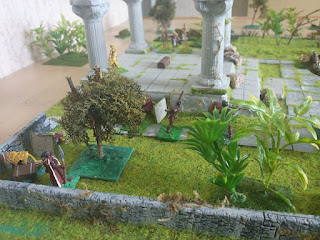 The African apprentice and support engaged with 2 Amazon thugs and an archer. 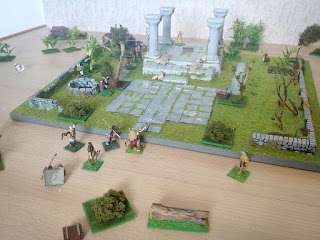 Meanwhile in the centre the Amazon illusionist casts Blinding light on the African witch. This is a cracking spell and leaves the target a sitting duck, even if a single African thug comes to his aid. 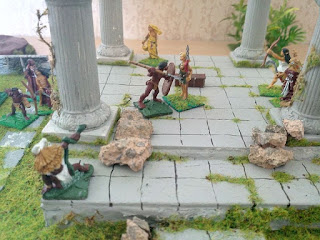 Turn 6 and the blinded African witch is killed by the Amazon illusionist and the African Apprentice by a thug. This is pretty much it, although 2 Africans did make it off the table with treasure the rest were butchered. 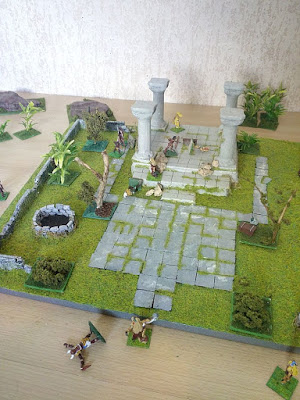 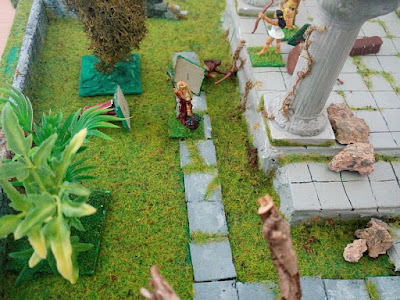 So what do I think? It was great. I loved it. It is fluid, dynamic, quick and unpredictable. Its been a long time since I cast a spell and so it turned into a fight more than anything else. My warband kept getting too far from the wizards, my fault. My use of spells is naive and should be better.
I only have one real gripe and that is the points system for the retinue. It is too restrictive. I had unarmoured archers and thugs with shields - neither allowed in the rules. It would be better to give a points system for weapons and armour and restrict types to certain levels. Then the soldiers could advance along with the wizards.
I'm a fan of this and can see a wide variety of uses from ancient Greece to colonial Egypt with necromancers and mummies fighting plucky foreign legion types with crossbows replaced by rifles.
This is the only possible song Jungleland

Email ThisBlogThis!Share to TwitterShare to FacebookShare to Pinterest
Labels: Frostgrave