Today was the Border Reiver Show at Gateshead International Stadium (images of fat bald middle aged men doing the high jump are not appropriate here so stop thinking about them - although the pole vault would test Newtonian physics to breaking point).
It is a pretty small show but there is plenty of space and some really cool games (obviously I didn't take any photos). Think it's about time I joined a local club.
I was supposed to meet with Darrell for the 1st time but failed to do so - hard to find another short fat bald guy in a room of short fat bald guys and I also didn't see Roy of Roy's Hobby Blog either and I appear to have been blocked from his site, must have been something I said.
I had some things I wanted to buy, some Frostgrave wizards and some Pictish biuldings from Scheltrum Miniatures. Otherwise the plan was to buy what takes my fancy - I go with a cash only budget and leave when it's spent.
There was plenty on show and I bought some cool things plus some bases, casualty counters and dice but you don't want to see pictures of them do you. 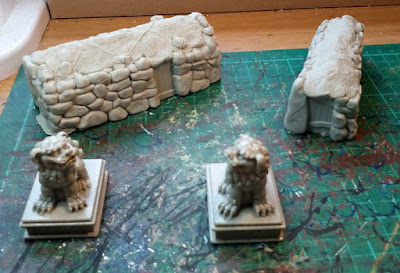 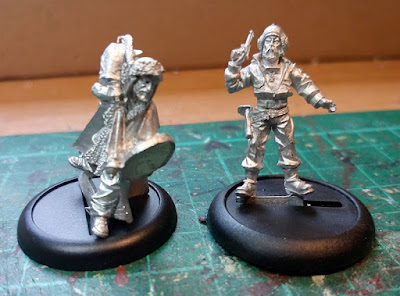 2 apocalypse survivors from Studio Miniatures. I buy these a lot via Hasslefree and it was good to meet the man himself. These 2 are a modern day robin hood and a hippy tank commander called Donald. No idea where he gets his ideas from.

31 Old Glory Pathans for £20, 2nd hand I think from one of the gaming shop's stalls - bargain 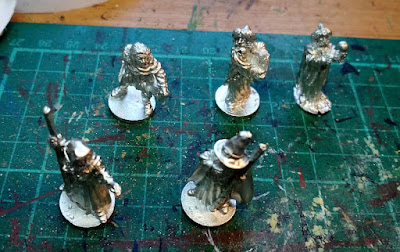 Wizards and thieves from Midlam 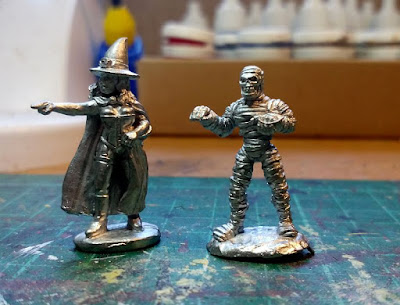 Mummy and a witch in a basque from Col. Bills (Rapier and Wargames Foundry) 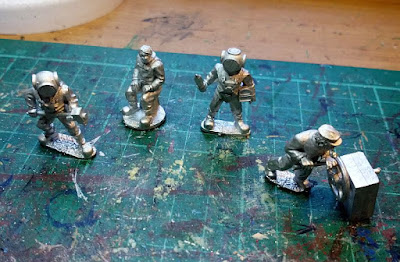 Deep sea divers from Col Bill's (Wargames Foundry). don't know why I wanted these but I have done for ages. 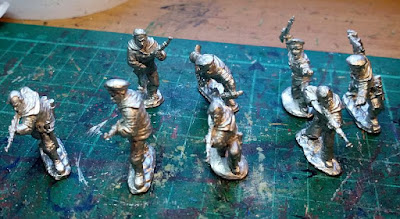 These victorian monsters - werewolf, phantom of the opera, mummy and crazy old lady - are from SHQ miniatures and will work well with a Victorian Frostgrave.

And finally another SHQ set, these were supposed to be Holmes and Watson and a couple of Rozzers but they gave me the wrong pack and I got a Flashman set. These figures are large 32mm and don't fit with my other sets so  will email them and see if I can swap them 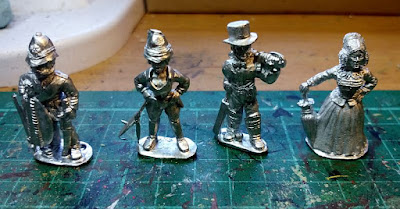 I nearly bought this monster - a Scheltrum 28mm Imperial Land Leviathan but it was £70 and I didn't have the dosh. No idea what to use it for but it's now on the list.