During the AAR on my VBCW battle last week it became obvious that I was lacking some heavy weapons, especially on the socialist side. So I got out my bits box and built some figures.
First up is a Vickers HMG for the Kingston Park Cricket club 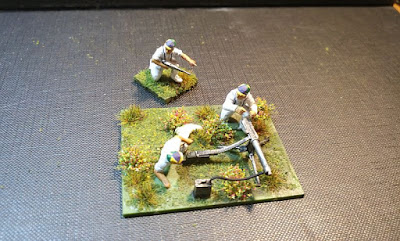 The HMG came with my Empress Miniatures Rolls Royce Armoured Car. The figures are Perry 8th Army plastics with shorts and webbing trimmed back. The caps are ACW kepis sanded down.
Next is a scratch built trench mortar with a couple of converted US infantry from a Northstar lucky bag and another trimmed 8th Army figure 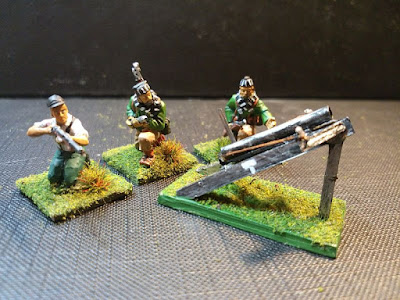 Next we have a 2nd Post Office Rocket. The launch frame is made from matchsticks and the figures are trimmed Hungarian infantry from 1870's (again Northstar Lucky bag). These are the least 20th century figures I  have used but they don't look too bad with post office caps and big overcoats. 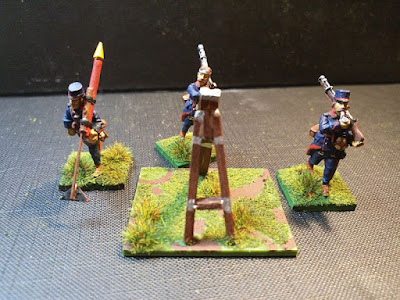 I also converted a few Perry plastic Afrika Corps into Northumberland Rangers. These will add to my existing figures, unconverted Finns from Warlord with a different paint colour. The figures had webbing removed but that was pretty much it. They work well as German equipped troops on the side of the Fascists. These include a 2" mortar to give some fire support. 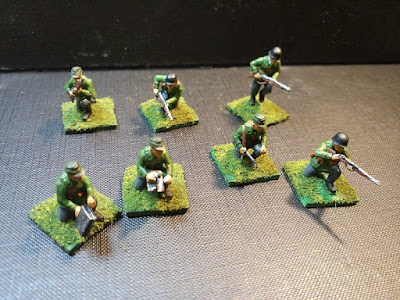 Finally I built a trench system. There was a cock up with this as I forgot that adding plaster cloth and shuttering and sand would narrow the trench thickness so I could only add shuttering on one side or the figures wouldn't fit. 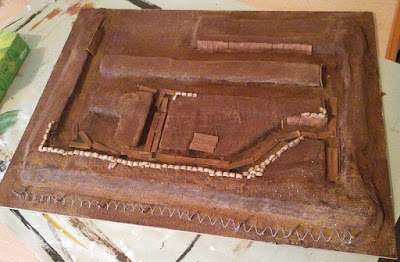 This song was banned by the BBC and by songwriters Leiber and Stoller who hated it. I remember it from the Annie Nightingale show on Radio 1 when I was a boy in 1980 and the lyrics are proper subversive - Is that all there is by Christina