So this week I painted some of my Northstar Samurai and started to build a really big hill. The Northstar lucky bags contained 17 samurai and I've painted the unarmoured ones. 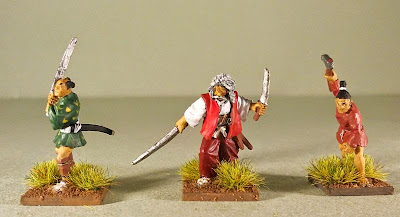 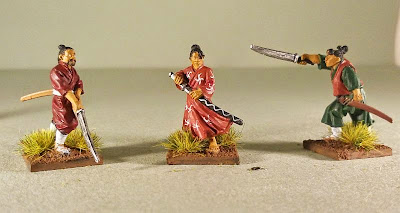 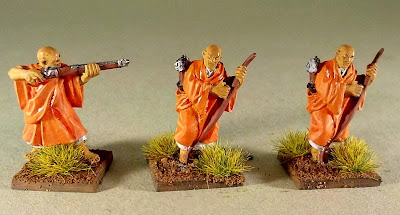 I recently acquired some large chunks of polystyrene and so I bought a polystyrene cutter from e-bay. Like most things from e-bay it was a cheap piece of tat but it works, although finding 4.5V batteries was trickier than it used to be.
I had bought some MDF to make terrain boards and so cut and trimmed the blocks to form a really big hill. I then covered it in Mod Roc, my first go with this and I must say it was great fun and very theraputic. Areas that were too steep were bulked out with filler.
Next it will be painted with poster paints mixed with PVA to give it a good base colour, brown areas too steep to climb in normal battles but feasible in skirmishes, Finally some flocking, outcrops and foliage, more next time. 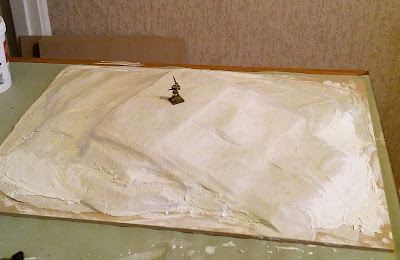 This seems an appropriate song about a hill in Wales https://www.youtube.com/watch?v=LlRrdbkyV8w&list=RDLlRrdbkyV8w#t=0