Today I went down to sunny Redcar to visit Ian and Jane and play in Ian's games room / garage/bike shed. We were giving my SCW armies a 1st try out and testing my Land and Freedom Rules, see pages above.

The battle was fictional one based around the campaign to capture Santander by the Nationalists, evil fascist scum (EFS) in 1937. The aim of the EFS was to secure the river crossings over the Pisuena river, whilst the the Republicans, brave socialist workers (BSW) were racing to stop them. Each side had 2 brigades, a couple of tank companies and artillery support. 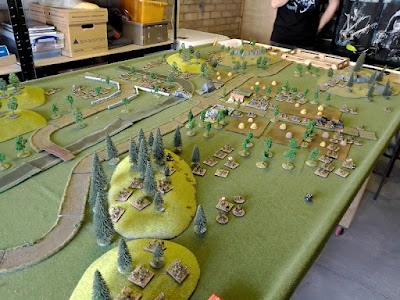 The battle, EFS (me) to the right and BSW (Ian) to the left. Victor holds both river crossings 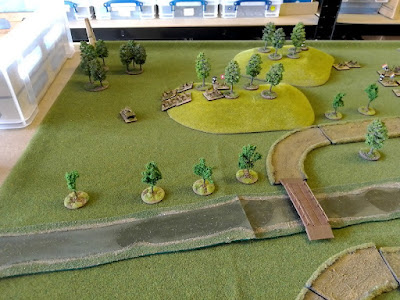 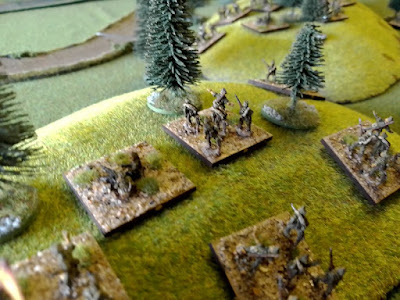 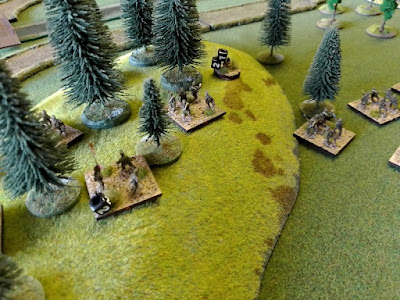 I do have artillery spotter with commanding view of the battle field. Artillery is good in my rules, but only one off map and 1 martor battery attack per turn max. The black and white numbers are priority points that decide when inte turn each unit is activated. Battalions have D3 (set at start) and these were pretty even across the armies. These can be added to by brigade and army commanders. I had 1 brigade commander with only 1 point to allocate and my army commander only had 1. Ian's were more even 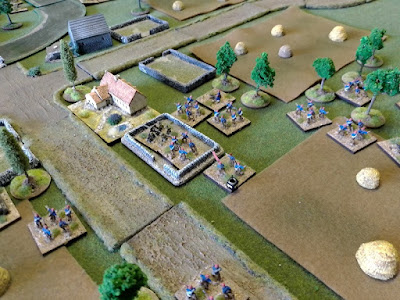 I have rushed forward with a Moroccan Falange battalion, with AT support, in trucks, debused and occupied the town because... 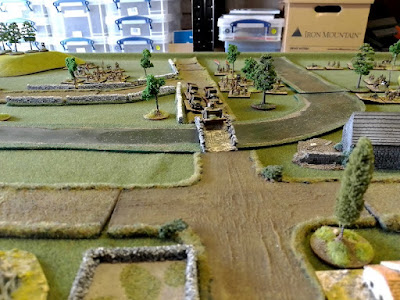 Ian has done the same and tanked the bridge with a T26 and battalion in trucks. 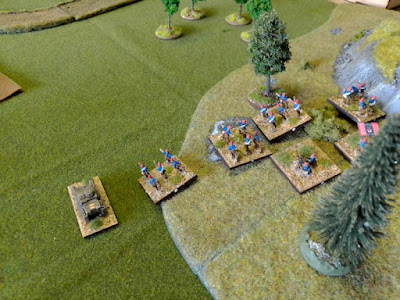 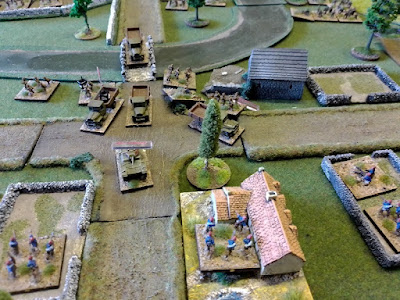 Ian debuses and tries to form a bridgehead, but I rain in fire 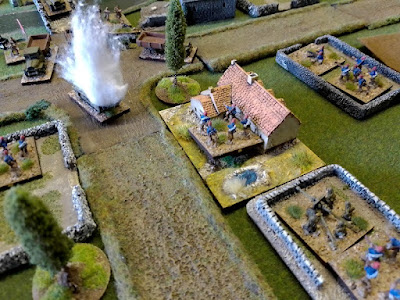 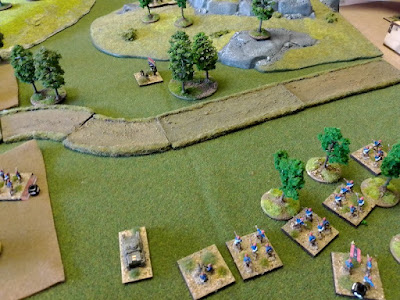 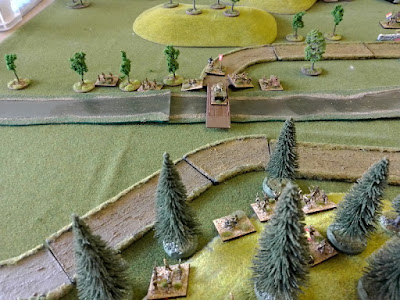 Ian has siezed the other bridge. 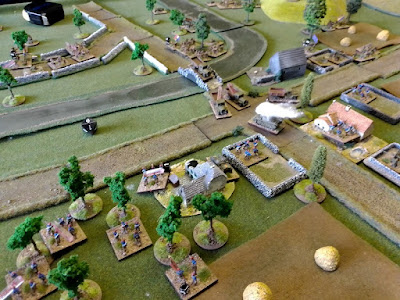 My supports have arrived to attack and wipe out his bridgehead 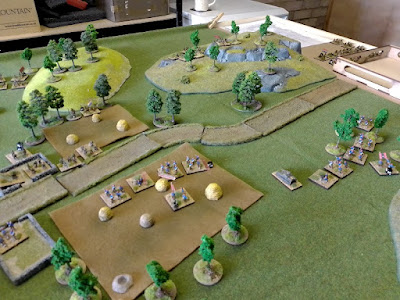 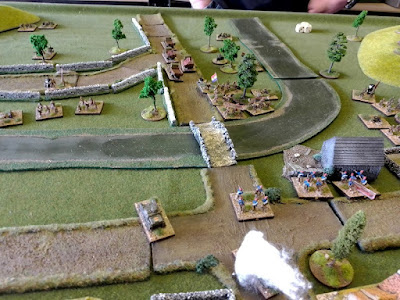 I advance to the edge of town 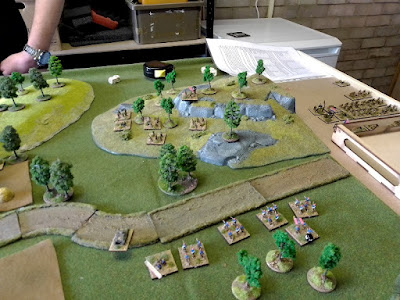 I advance on the right and take out the battalion on the hill. The tank is important and I wipe them out. The flank is now open 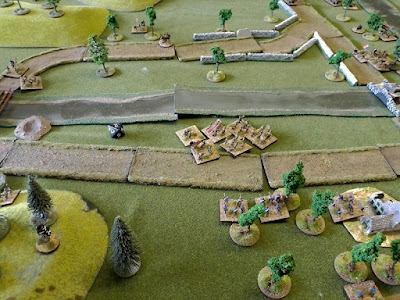 I bring a battalion from the left to attack the bridge but in the open they get battered by artillery. 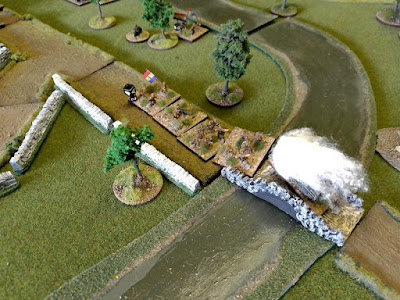 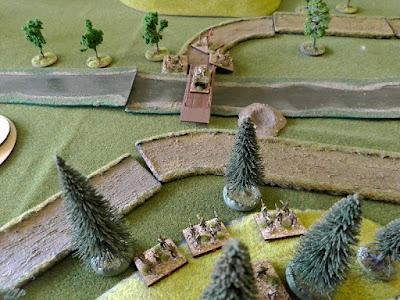 Ian is still holding the bridges but on the left is very reduced, remove 1 more base and they will rout 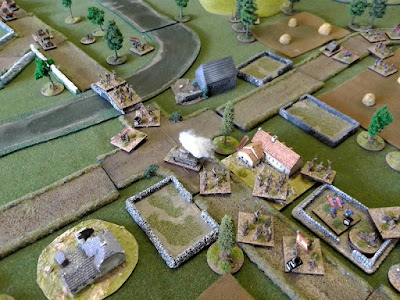 My weight of numbers has wiped out Ian in the centre and we ended it there
It was a fun battle, very brutal and the rules worked well. We played on a 6x4 table and it was a bit packed. The messengers weren't really needed, mainly I had no points to give them and Ian was generally close enough with his commanders to not need them.

Email ThisBlogThis!Share to TwitterShare to FacebookShare to Pinterest
Labels: land and freedom, scw