Over the last few weeks I've been assembling and buying a Dwarf 28mm army and 10mm Polish Renaissance and Ottoman armies, but I wasn't feeling the love to paint them. When I'm in the mood I will look forward to painting them, but I needed something to get me going. The opening of the Pendraken shop near to my sister's house is both fabulous and terrible. So a couple of weekends ago I wandered down to have a browse, visit my sister and play with the Old Guard on the Sunday.

Inspiration struck and I bought 2 Spanish Civil War army packs and supports. The SCW is an iconic civil war, a practice for WW2 and clearly good guys against bad guys. I like interwar games, the right amount of fire power, not too many tanks (a T26 is the most powerful tank on display) and not too many trenches.

I am writing my own rules based on Fire Power WW2 rules and Alter of Freedom (more of those later).

I've painted up my 1st Mixed Brigade of Republicans 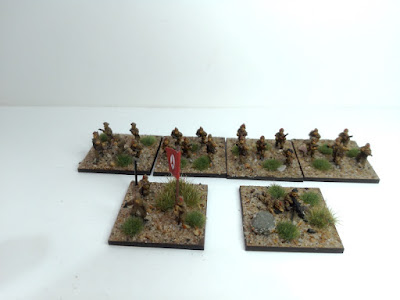 Each base is a company, 4 companies, a machine gun company and a HQ base make a battalion 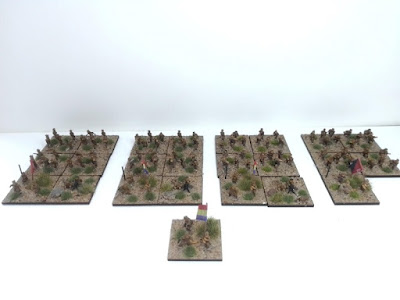 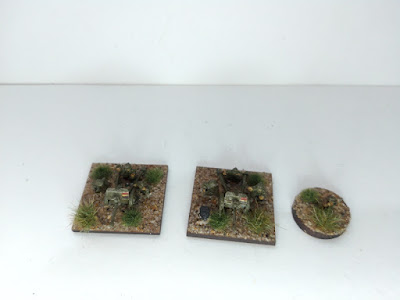 2 AT companies (1 per battalion) and an artillery spotter 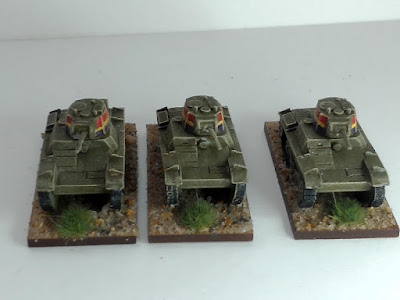 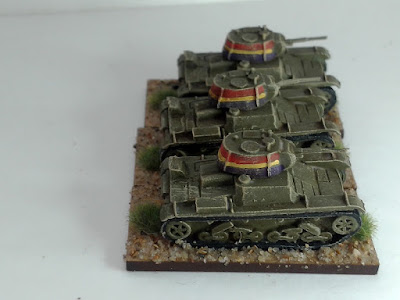 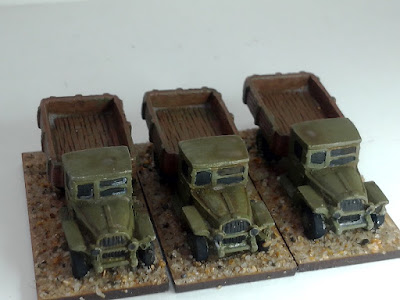 some trucks to move stuff around quickly 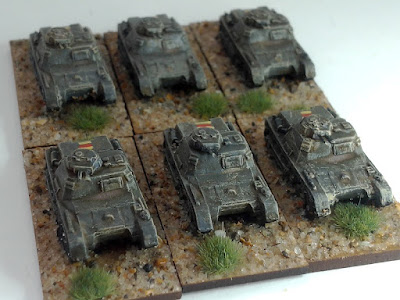 Finally the Nationalist tank force, 6 Pz 1 companies. Didn't need 6 but here were 6 in the pack!
I've ordered the rest of forces to give me 2 battalions per side. Once I've play tested the rules I'll add them to the blog. Finally the reason for the blog title, Land and Freedom was the name of a Republican column at the start of the war.
At the end of July Dave and me are having a weekend at the wargames holiday centre in Scarborough to run his Sudan game. in random conversation he said he needed some boats. i've got some boats but they needed canopies. 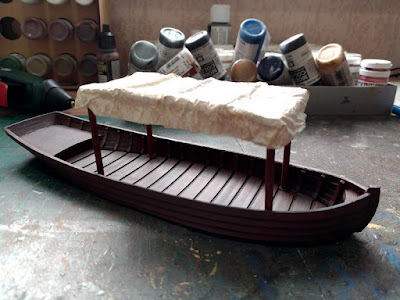 So I made 3 of these. Which will work nicely 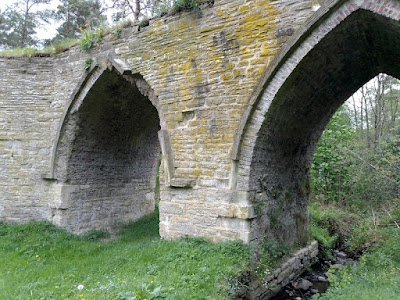 Went for a walk near Hexham on Sunday to Dukesfield and the old lead mill. Very nice but the worlds largest number of ants
Finally back to Altar of Freedom. a Corps scale ACW game. Each base is a brigade. It's a fantastic game with a really elegant orders system which forces you to think tactically. I'm going to use this as a basis for my SCW rules 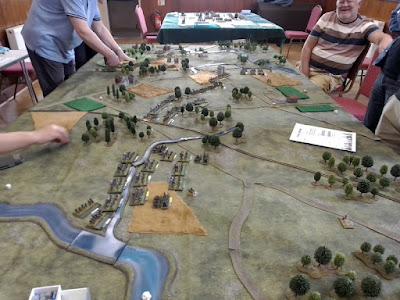 2nd Manassas. we were the brave Union boys and they were the evil rebels. We didn't read the scenario properly and I had control of the most powerful Corps which we put on the left flank. However the Rebel objective was to take the bridge on the right flank, miles away 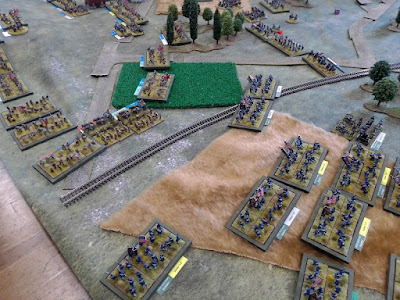 I moved as quickly as possible but this is as close as I got, never firing a shot. 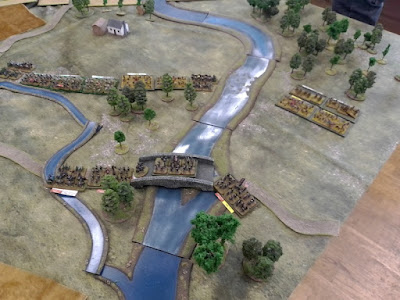 Stig spectacularly held the bridge with a fairly crappy corps, despite spending 3 hours standing next to a ford he didn't notice.
See you all soon, not going to Partizan, off to the seaside instead