It's Been a While

It's been a whie since I posted, not since the Painting Challenge ended. I've not painted anything since them, some degree of burn out. I had a good challenge and painted a fabulous Lizardman army, amongst other stuff.

I've not stopped though, new job, holiday and lack of mojo have all combined. But I have played a couple of games 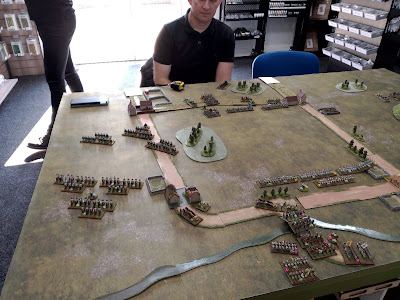 Pendraken opened their shop and Stig and I went along to run a 7YW demonstration. As usual the Austrians struggled to advance and the Prussians got up close and personal. The shop is great and I recommend you pop along if you can. 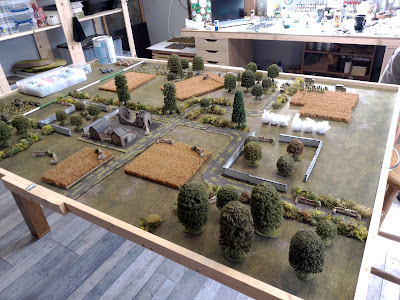 Next up I went over to play WW2 in Stig's shed - it's a lovely shed. We used rapid fire and it's a fun game. It was a close run thing until my army ran away!
I did do a little painting though. I've bought massive Polish and Ottoman armies, Winged Hussars and all that. 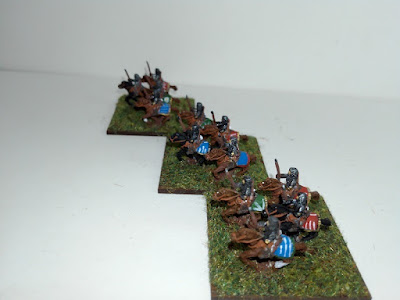 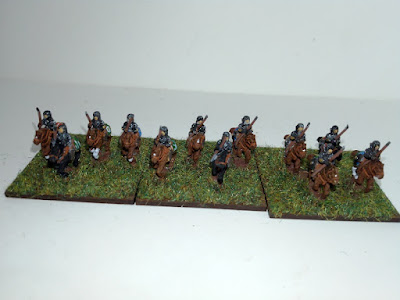 Nice figures but not feeling the love at the moment
I now have a 2nd project in prep, a dwarf army to fight my lizardmen. I have some very old dwarfs, 35 years old original citadel types. These are to complete the units, obviously these are much bigger than the old school ones 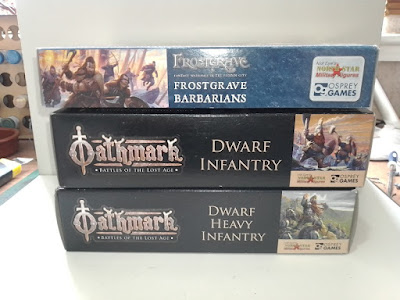 I have 2 weekends of gaming coming up, a massive 10mm ACW game at the old guard and a back of beyond game the weekend after at Matt's. Promise I'll write them up