As autumn draws in it is time to pick up the wargaming baton again. I've played a few battles of the last month or so, including 2 epic 10mm 7 Years War battles against Matt. These have been the highlight of wargaming and exactly how I imagined wargaming to be. Massive armies with sweeping attacks and valiant defence.

The bug is back, although still not painting manically. I have decided to play another solo Italian Wars campaign. I made a few tweaks, extension to the wargaming table (you may spot it) gives me a 6 by 3 table, more points for the terrrain and therfore bigger armies. I have added a campaign set of rules on the blog pages (see top a page). 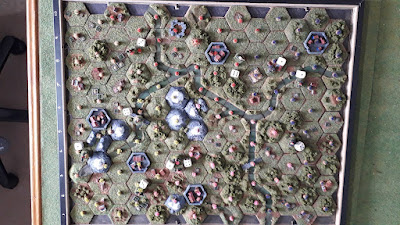 The new map. 4 of the 4 states can field 2 or 3 armies and Bologna can only field 1 so is vulnerable.
The campaign starts slowly with peace between all the nations and an alliance between Milan and Bologna. The the Pope dies and all hell breaks loose. There is war between Bologna and the states of Venice, Genoa and Florence. Milan sits it out as it currently has good relations with all states but the war will change that quickly.
Bologna needs to attack quickly and attacks it nearest neighbour Florence while Venice and Genoa start to probe the Bolognese borders. The 2 armies meet outside Florence. Bologna can only field 1 army but it is 1/3 bigger than Florence can field. A decisive victory here could knock Florence out of the war quickly. 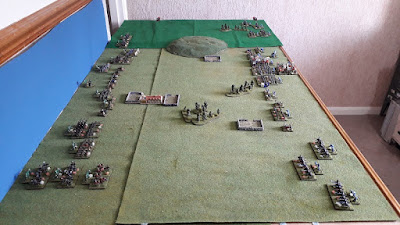 The battle field. both flanks are cavalry heavy 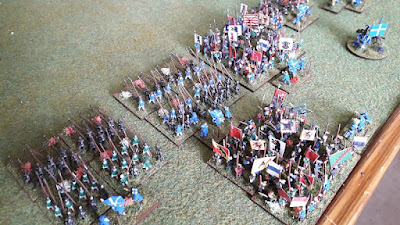 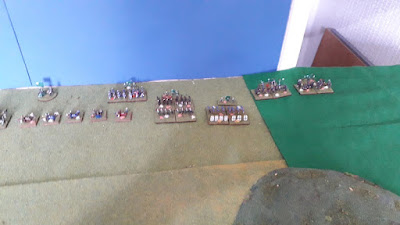 Whereas the Florentine centre is very weak with lots of cannons. Hopefully they can thin out the pike blocks sufficiently to make a difference. So the flanks will control the battle. if Florence can win then the blocks will be very vulnerable, but if Bologna wins the flanks then the battle is over 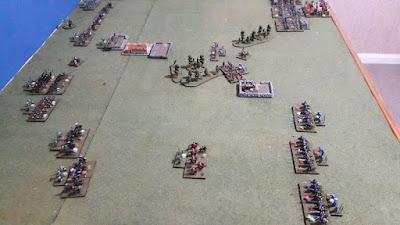 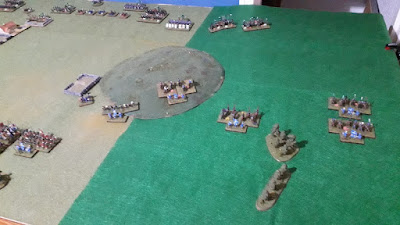 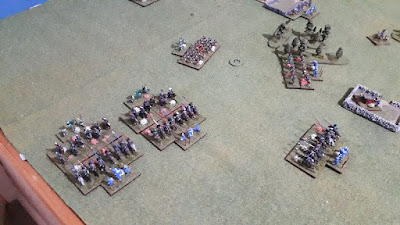 On the Bolognese left knights clash 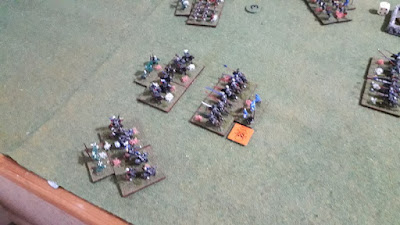 Epic dice rolls from the Florentines rout one unit  and waver another. This side looks doomed for the Bolognese 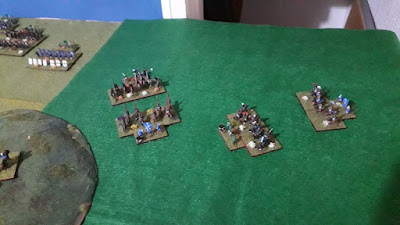 On the right Florence has done similar. I unit of Bolognese demi lancers is very battered and 1 unit of stradiots has been routed. This is going to be an epic victory for Florence 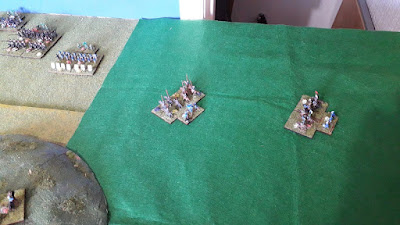 On the right the stradiots and demi lancers have seen off the knights, my nerve rolls were terrible all game and if you said boo to a unit I would rout then
As we left it on the left the Florentines were about to rout the Bolognese knights and they charged in, causing huge wounds. The Bolognese knights have 18 wounds and can only survive if they roll a double 1 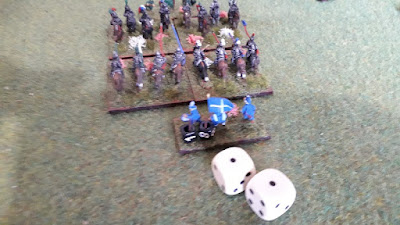 Which they do, unbelievably. They smash back into the Florentine knghts rout and Bologna holds both flanks 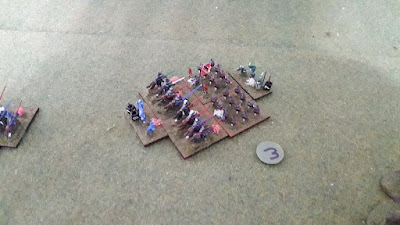 The same knights then despatch a unit of wounded halberders 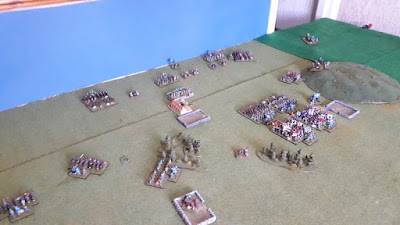 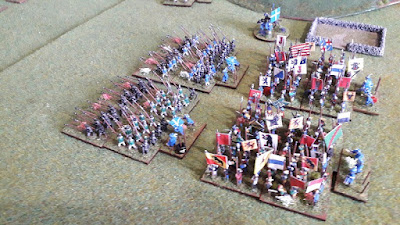 I do think the pike blocks look cool.
This was a decisive victory for Bologna and the Florentine army is chased back to it's capital. The Bolognese follow up, capture a town, giving them an extra army, and besiege Florence. Florence has another army but can it beat the larger Bolognese army and lift the seige. Can Bologna capture Florence and knock them out of the game before Genoa and Venice pounce.
This was a great little battle with massive ebbs and flows. This is going to be a good campaign and the outcome could all have swung on a double 1.
Saturday I recieved very sad news that Noel Williams had died suddenly. Noel was a professional poet and a participant in the Analogue Painting Challenge and will be remembered for his great flights of fancy, tremendous wit and enormous painting output. He will be sadly missed.