Dear reader when we last left Italy Bologna had just defeated Florence in battle and had forced the Florentines back to Florence and were laying seige. The armies of Genoa were advancing to the Bolognese borders to the south albeit somewhat slowly and the Florentine allies, Venice, were advancing into Florentine territory to to come the aid of Florence.

The battle field have Florence at one end and a village in the centre. The earthworks were between the village and Florence 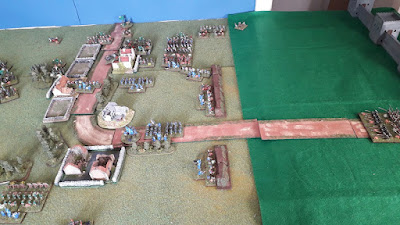 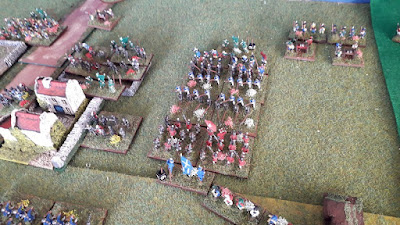 Florentine pike block clash with Bolognese halberders. There was only going to be one winner here but the halberders made the pikemen pay dearly. Meanwhile Florentine foot knights advance throught the village 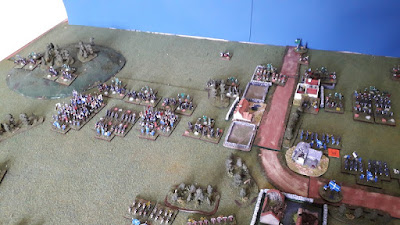 Over on the left the Florentine cavaly are facing 3 Bolognese pike blocks. Can they keep them engaged long enough for the 2 florentine armies to combine 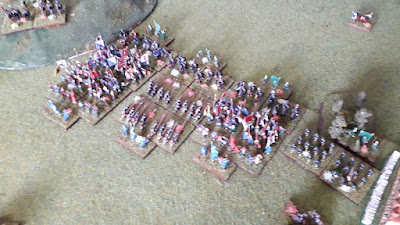 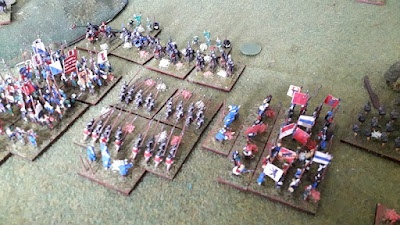 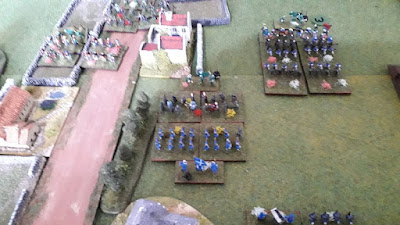 Meanwhile the Florentine infanty continues, but slowly and painfully. Foot knights clash with bowmen and the fight is brutal witht he bowmen putting up brave resistence. The knights struggle but win eventually The pike block is staggered by a devastating volley from a troop of aquebusiers and wavers 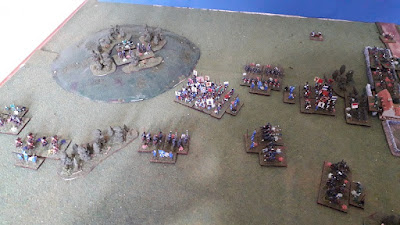 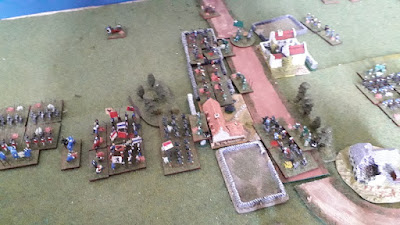 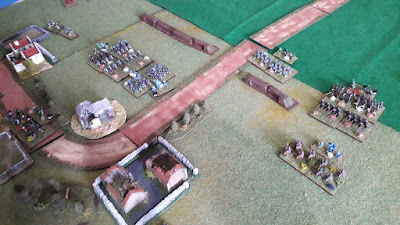 As the rest of the Florentines arrive 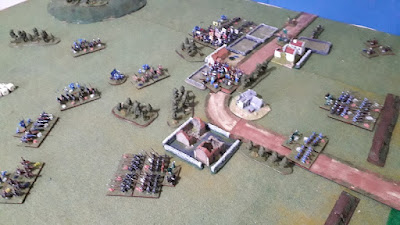 But they are too late. The Florentine army is reduced to 2 very battered pike blocks, a single unit of knights and a unit of crossbowmen. They are out manned and out horsed and the city of Florence is no more.
Bolognese troops occupy the city. Only Venice, who are one turn away can restore Florence, ore will they just pick over the bones of the state
Posted by MartinC at 10:34