So Matt you were correct, I've finished my platoon. My US armoured infantry platoon, circa 1943/43 is kinda done.

The full force is 5 M3A1 Half tracks (Warlord) each armed with a .50 cal HMG, the gunners made from the bits box 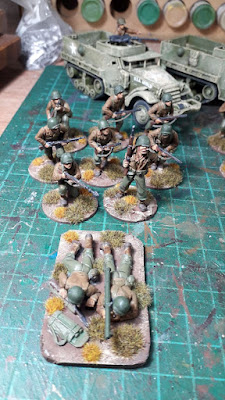 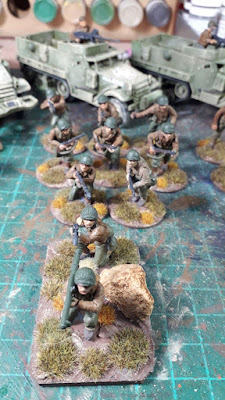 Another 1. All the infantry are from the Parry's plastic box (except 2 I had knocking about). For North Africa there were bazookas but nobody had training so rifle grenades were used and 37mm AT gun. The 37mm AT gun was a permanent feature throughout the war even though it was obsolete vs tanks. Need to buy one. 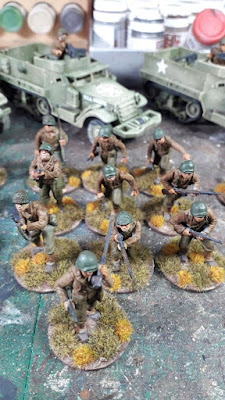 Command platoon with officer and sniper 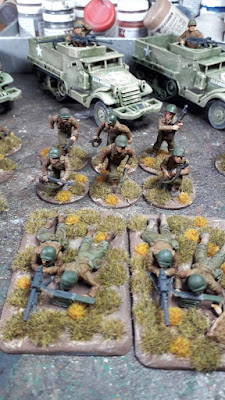 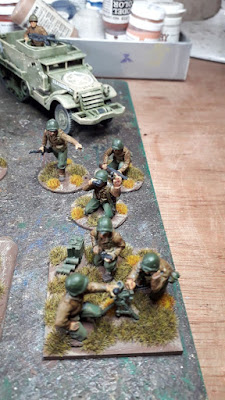 Mortar section. Only 8 figs in this section so 37mm AT will join these 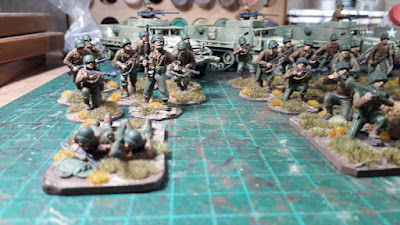 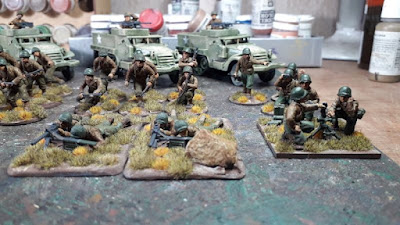 Really liked painting these. Will need more troops to make our usual sized battle, 20-24 units (currently 17) and have found some Shermans to add to mix. Next stop North Africa, or Italy

Email ThisBlogThis!Share to TwitterShare to FacebookShare to Pinterest
Labels: US Armoured Inf