The End of the 1st Italian War?

As you left us last time Milan had stormed Bologna but the Milanese army was trapped in the city by the Bolognese relief army that arrived just too late.

Meanwhile the Genoese had advanced to the outskirts of Milan and faced a much smaller Milanese army. If Milan lose to Genoa their armies will be trapped in 2 cities and doomed to lose the war. But if they can beat Genoa decisively then they can relieve the trapped army in Bologna and win the war. They need to be quick the Pope is from Bologna and war with his home city will get Milan excommunicated.

All is set for a decisive battle. 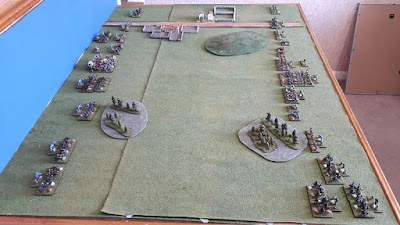 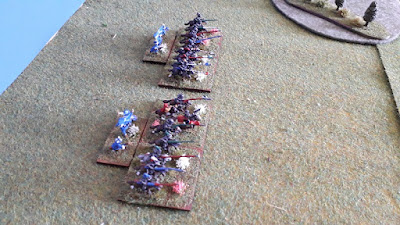 2 regiments on knights on the Milanese right 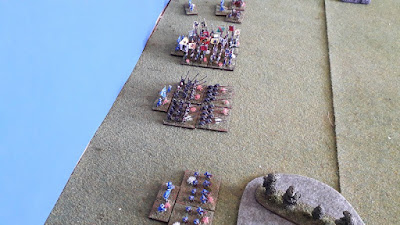 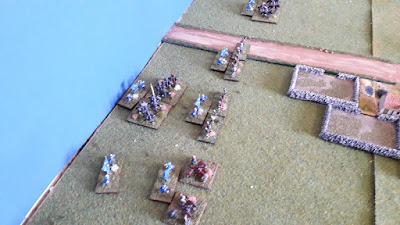 The Milanese left is missile troops and a unit of knights 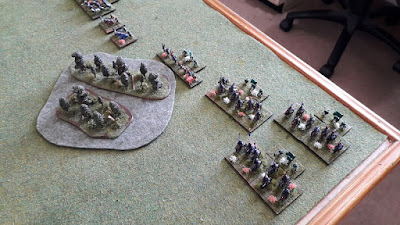 The Genoese left, 2 regiments of knights and regiment of stradiots 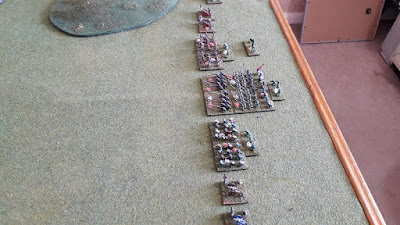 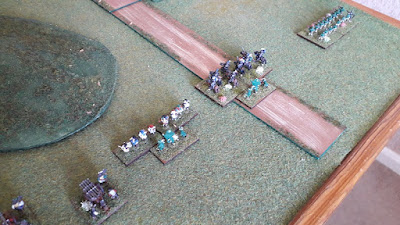 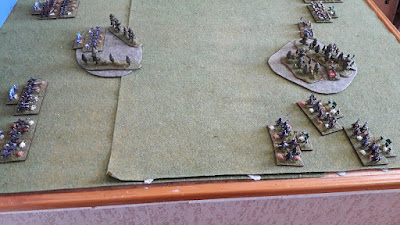 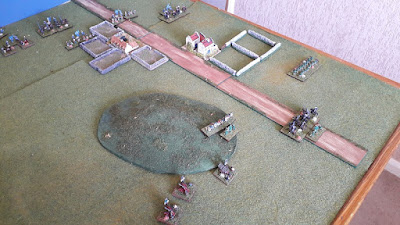 On the Genoese right both armies advance 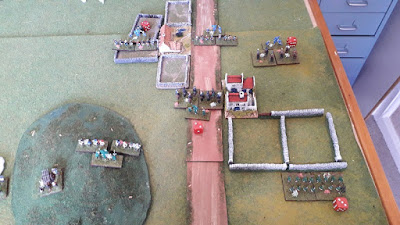 The opening salvos do little damage 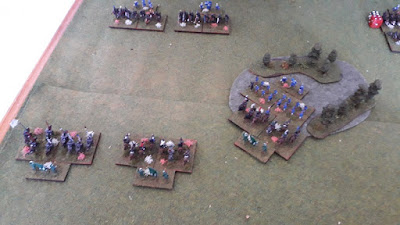 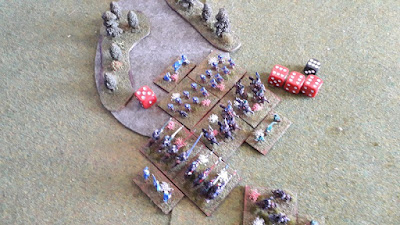 One of the Milanese knight regiments skirts the woods and smashes into the flank of the stradiots. They are doomed 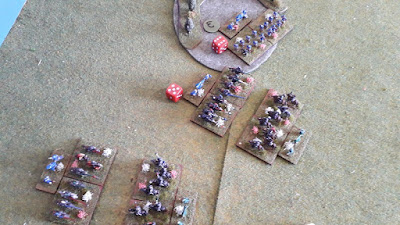 The regiments of knights face upto each other 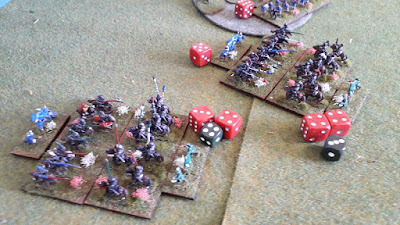 The Milanese victory is decisive 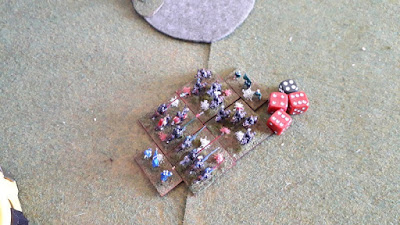 and they sweep the Genoese right flank from the field 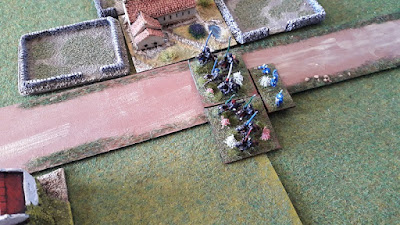 The same happens on the Genoese left. 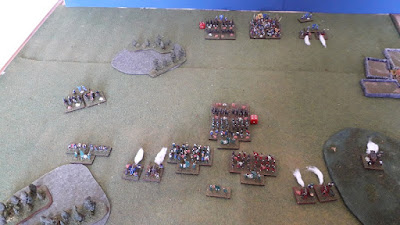 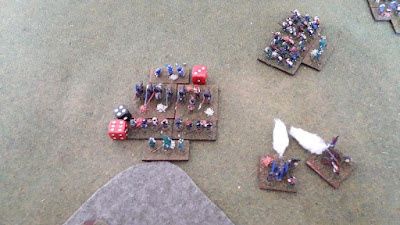 They strike on the left 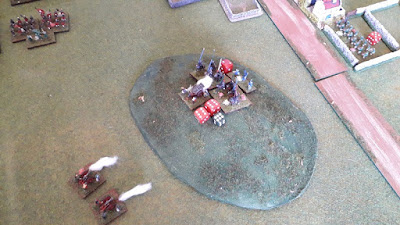 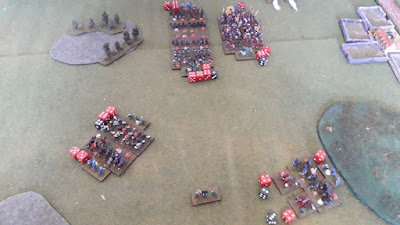 The Genoese have been enveloped and worse is to come. The infantry clash and once again Milan is victorious. It is a crushing victory by Milan who were outnumbered 3-2.
It is time to take the spoils of war. Milan sues for peace to prevent being excommunicated. Genoa loses 3 terrain tiles to Milan, not very valuable but securing the Milanese flank. They get peace with Milan and Venice. The city of Bologna is returned back to the Bolognese but they lose 4 terrain tiles. Milan has increased its size by 25%. Bologna still exists but can no longer field a army strong enough to take on anyone. They will have to seek protection from stronger allies in future campaigns The closing map.
THis is the end of the 1st Italian War and I've really enjoyed it. Most things worked very well and only some minor tweaks are needed, such as making it easier slightly easier to change diplomatic status, and the ability to dismount cavalry in besieged cities to give a better mix of defenders, and make cannon slightly easier to fire - they were very weak. I plan to use random events more so in future wars and have ordered peasant troops for revolts etc.