Genoa has advanced to the walls of Milan and Milan has taken to the field to face them. 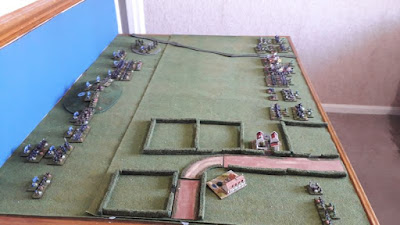 Milan is on the right and Genoa the left. Milan has the larger army, approx 20% bigger and has a very large artillery force of 6 cannon and organ guns against Genoa's single gun. 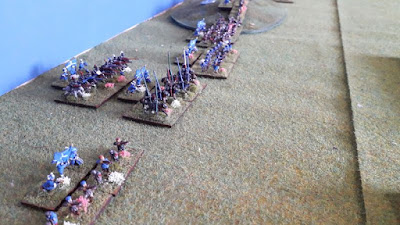 The Genoese right, infront of a series of fields and farms 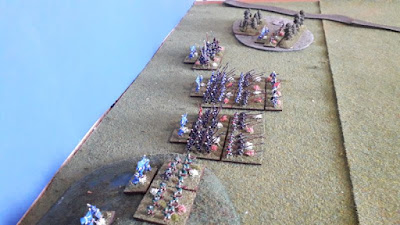 The Genoese centre and left, 2 pike blocks with knights in support 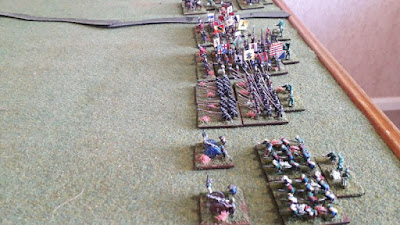 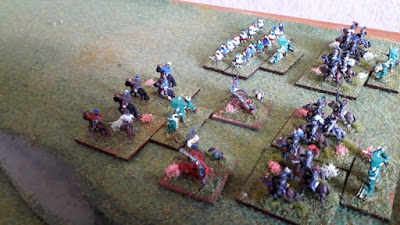 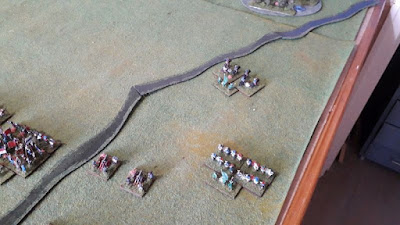 The Milanese right advances to threaten the Genoese flank 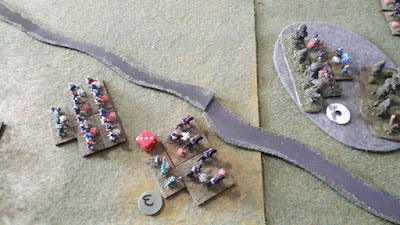 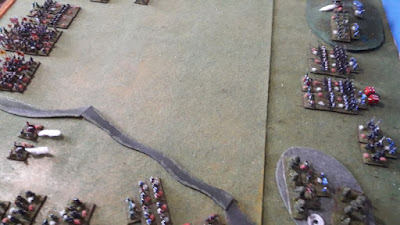 There is a general advance from Milan and 2 cannon open fire severly mauling a Genoese pike block. This could go very badly very quickly for Genoa. 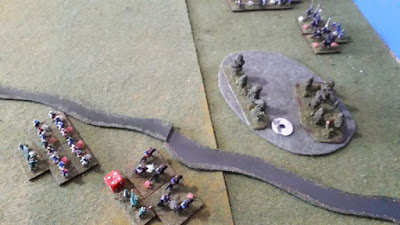 Even worse the aquebusiers in the woods are routed, small units and be jolly deadly but are very fragile 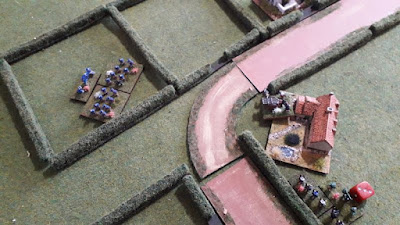 Over on the Milan left the battle of the farmland is a victory to Milan due to 2 devastating volleys from the organ gun. Milanese artillery has been brilliant so far, especially since a made it very hard to reload. 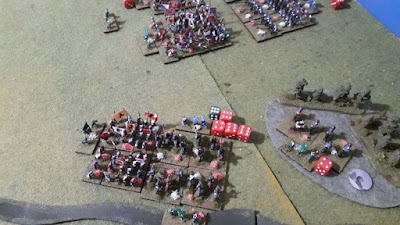 As the Milanese pike blocks advance the Genoese knights advance and attack. This is suicidal but they needed to breakup the milan advance. It works well enough that it gives time for the Genoese right to move over and support 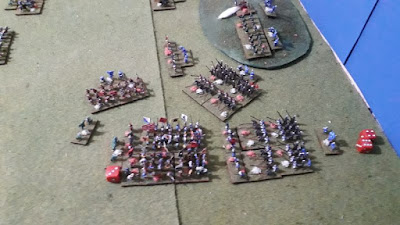 Pike blocks are rock hard to the front but everything is in trouble is attacked in the flank or rear, and a unit a halberders is kicking butt. 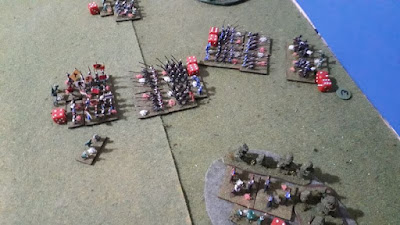 A unit of Milanese knights had made it round the back and threatens the rear of the Genoese. Luckily one of the pike blocks has destroyed it's opponent and turns to face them. The knights will be kebab'd 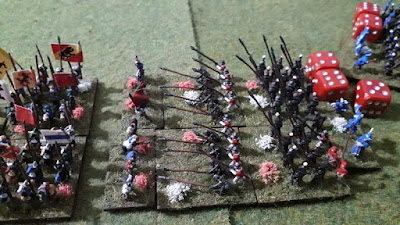 This is it. a badly shaken genoese pike block against a fairly undamaged Landsknecht 1/2 size block. THe Landsknechts have a forlorn hope that can attack before the blocks clash. They are very small but very good at pike blocks. Big swords and halberds get them between the pikes and rout the Genoese. The final Genoese pike block is then routed by crossbow fire 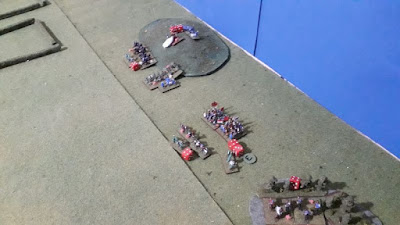 Milan win but it was a bloody mess and only a minor victory.
The genoese army is forced back 1 hex.
The next turn is going to be a big one that could end the 1st italian war. Milan is beseiging Bologna but the relief force is near at hand, and Milan must storm Bologna. Genoa must attack again to split the Milanese forces or Bologna is effectively out of the game.
Stay tuned for the next thrilling episode
Posted by MartinC at 19:57