Italian Wars The Battle of Bologna

This will be the 1st of 2 posts on the pivotal turn of my 1st Italian Wars campaign. When you left us last time Milan was besieging Bologna whilst trying to keep Genoa away from Milan. To be successful Milan must storm Bologna this turn and fight Genoa, so they must split their available mercenary pool.

THe 1st battle is the attempted storming of Bologna. Bologna is defended by its home army of a pike block, 2 aquebusier troops, 2 regiments of knights and a cannon. Milan needed cannons to blow the walls down. Mercenary selection is randomised by troop class - Cavalry, infantry and missle troops. Cannon are readily available so they started with missile troops and 1 troop of crosbowmen, 2 troops of aquebusiers and an organ gun later they finally got a cannon, giving them 2. But now over 1/2 the army was missile troops, not great for storming a town. 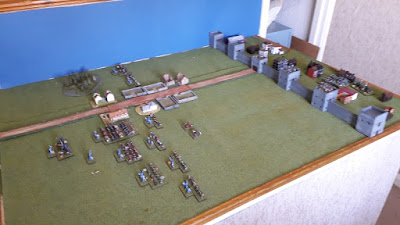 The walls of Bologna. The aim is for cannon fire to bring down the walls and charge through 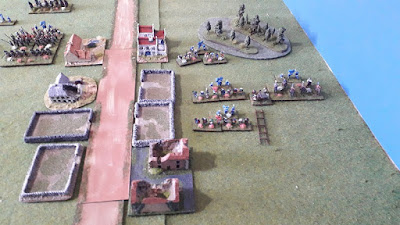 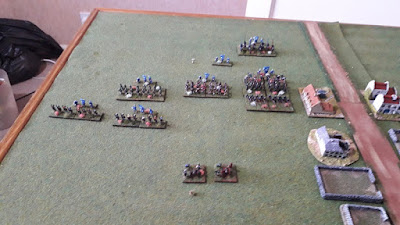 The cannon open up and start to damage the walls (walls can take 30 hits and have a defense value of 8). However Bologna has a cannon on the walls and wipes out the Milanese cannon with the walls intact. Milan will have to use the ladders 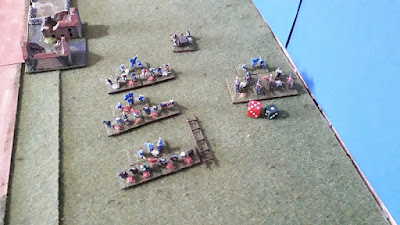 The forlorn hopes advance and aquebusiers open up on them 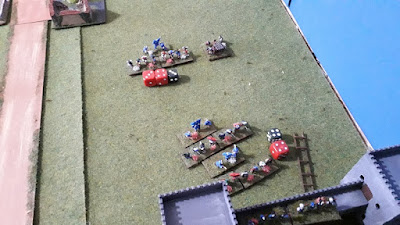 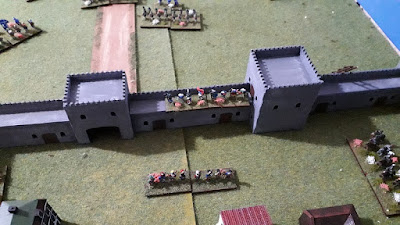 A forlorn hope races across the ramparts to open the gates 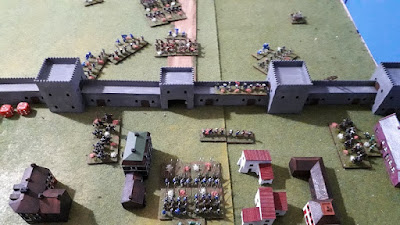 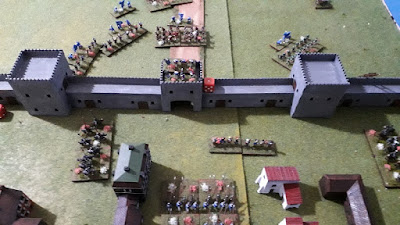 But the Forlorn hope opens the gates 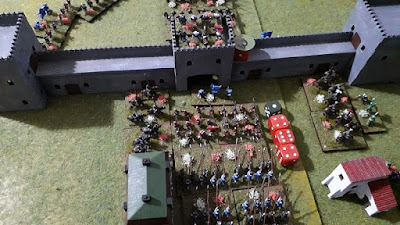 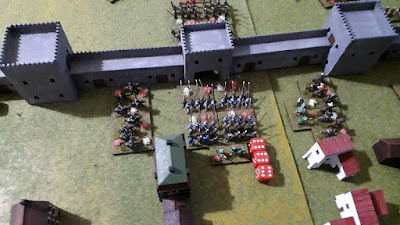 Then the Milanese pike block smashes home and the defenders are routed.
All is lost. The Milanese flood the ramparts with missile troops and the Bolognese have no response.
Milan have captured Bologna but are immediately beseiged by the remaining Bolognese army. Milan needs to win a decisive victory against Genoa. It they do they will win the war. If they lose to Genoa they are doomed.
Stay tuned