During the recent challenge I made a mad purchase of USMC for the Vietnam War. They were cheap and I can't resist a bargain, they were1/2 price so I saved £30 instead to saving £60 by not buying them. Not to bad really. Since then I added to them with some NVA and VC, some M113s and a Huey. More than enough to complete my skirmish scale plans.

I told Dave about this and since he has completed his enormous Sudan collection he was looking for a new project. Before I continue the HBO project, Exterminate All The Brutes is being released next week. We are in the trailer at about 1 minute in.

Right now back to the "However". Dave needed a new project and so off we go. I dread to think how many figures, helicopters, tanks and vehicles I will end up with but we are already working on square metres of jungle. He's even talking about the Wargames Holiday Centre game, that's 200 square feet of table.

The worst thing is I'm actually up for this. 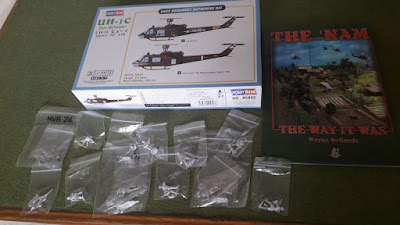 THe rules - The Nam, the way it was. They are a nice mechanic but will need a little tweaking. A Huey and so Gringo40s VC and NVA. More stuff on the way
What I'm supposed to be doing is 10mm Italian wars 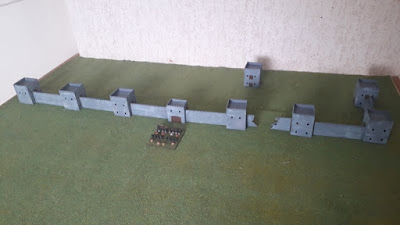 I ordered a castle, actually only plan to use it for city walls but is was a nice cheap set from ebay 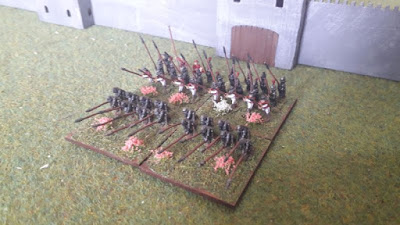 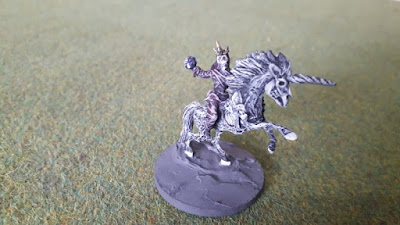 Wraith on an undead unicorn was an unexpected purchase