Today we fought the Battle of Kernstown fromthe Americal Civil War, kinda. It was the 1st opportunity for me to get out my entire ACW collection. I have 2 full divisions, Early's Division and Birney's divisions from Gettysburg, well close enough. We were using Matt and my Bolt Action variation.

The map. A Confederate Brigade have tried to evict a Union Brigade from Pritchard's Hill and have failed. They have retreated behind the stonewall and sent for reinforcements. The Union, sensing an opportunity have also sent for reinforcements. The objective for the Confederates is Pritchards hill, for the union the church and bridge on the extreme left. Ian and John were the confederates and James and Dave the Union 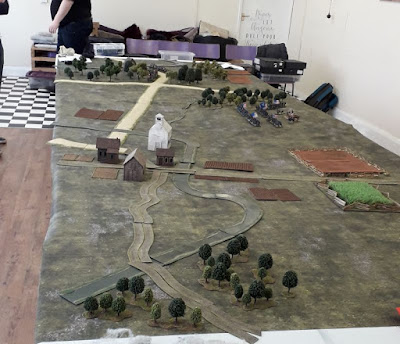 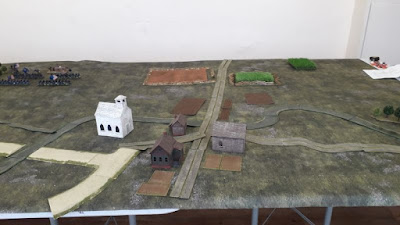 Kernstown and the Church 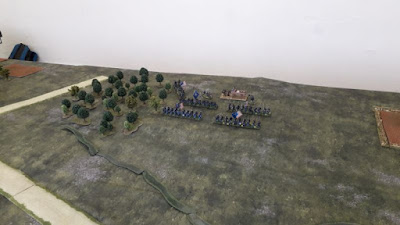 Pritchard's Hill and the union

The stone wall and the confederates 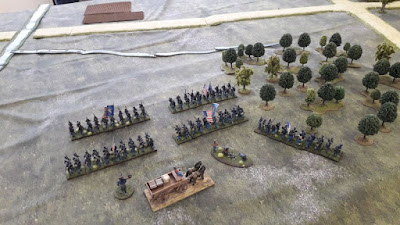 Pritchard's Hill and the Union Camp 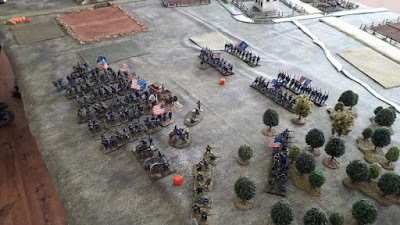 On comes the 2nd Brigade, onto the hill

2 small Confederate brigades come on the face them

More Rebels, again in column. Like all rules column good for moving, really terrible for fighting 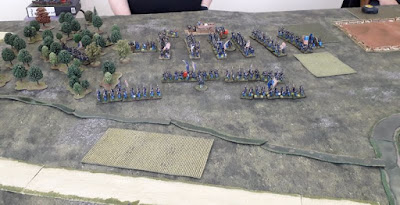 On come the Union in good order, brigade in line in the front and brigade in column behind. There is weight behind this advance, and I don't just mean the generals 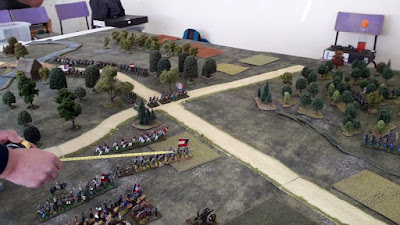 The rebels, well Ian - more of John later - advance but are still in column 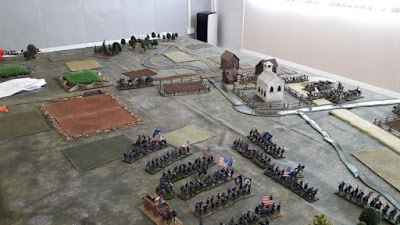 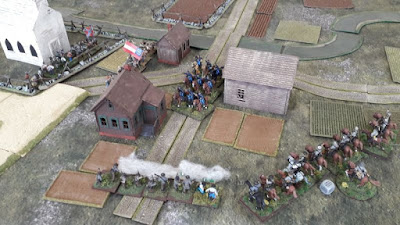 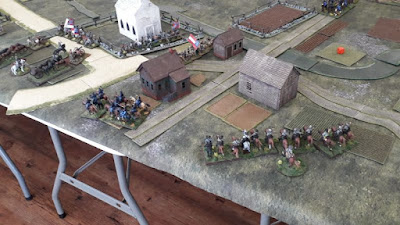 Union cavalry charge home against the rebel skirmish line and destroy it. Threatening the guns and Early himself 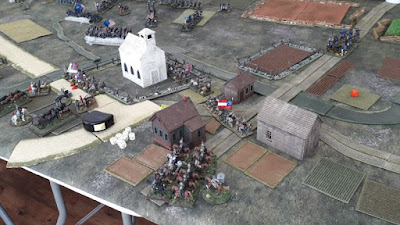 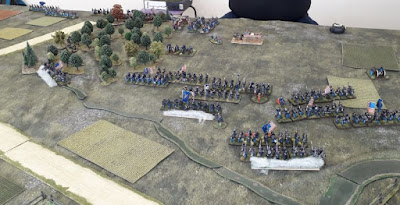 Which is bad as here comes the Union. There 3rd brigade has also arrive and is in and around the woods 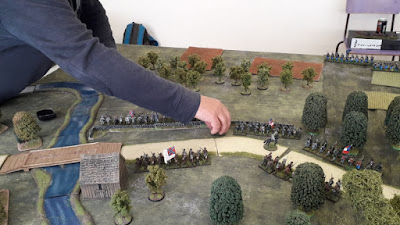 John, remember him has decided to advance and take the Union in the flank. Some verve and vigour and the Union could be wrecked. Oh wait, it's John. if ever a general was born to defend a wall it was him.

Down the line, some rebels still in column 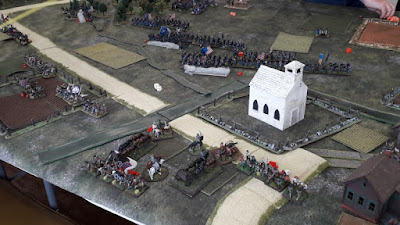 The brigade round the church is battered and running 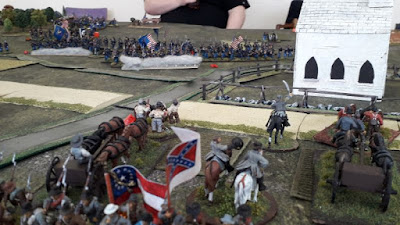 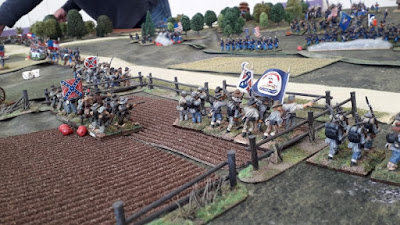 It's a thin grey line 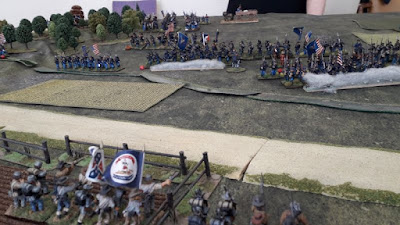 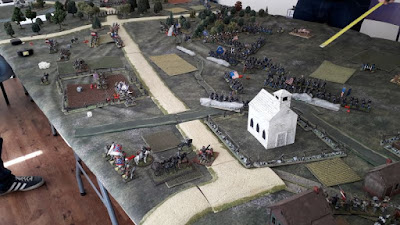 Both small rebel brigades are in a mess 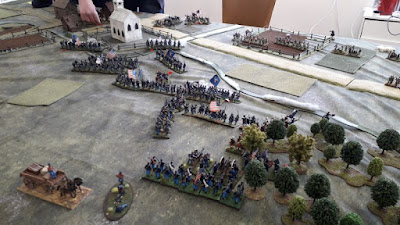 The Rebels have no right flank, and not much centre. The Union juggernaut moves on 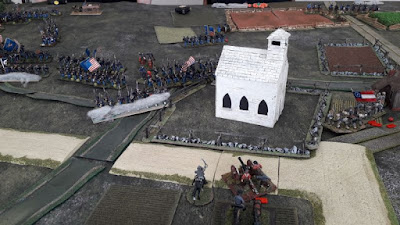 The make the church 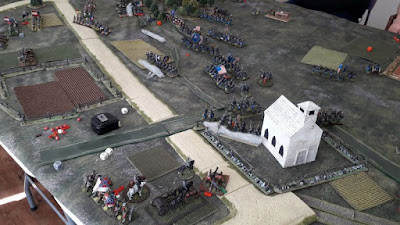 And here he is retreating back over the wall.

Crushing victory for the Union, the rebels didn't get organised in time and ended up being outnumbers 3:1 on their right.
Really enjoyed the day, even if James did throw the box of Union artillery to the floor, jump up and down on them and grind them to dust. OK so he dropped them and reglued them back, so he is forgiven.
I've posted the rules on the blog, generally they work well and needed some tweaking

Email ThisBlogThis!Share to TwitterShare to FacebookShare to Pinterest
Labels: ACW