The Glorious Army of Mithridates VI

All summer I have been slowly, very slowly, painting my 15mm Pontic Army of Mithridites VI, scourge of Rome. Mithridates VI was spectacularly rich (his army dripped wit gold and jewels, ruled the Kingdom of Pontus in NE Turkey in 1st century BC and hated Rome, really hated Rome. With his exotic army of Successor style troops, Armenians, Sarmatians and Galatians he conquered Turkey, Greece and controlled the Black Sea.
He was terrified of being assassinated and took a dose of poison every day to build up his immunity. He was fortunate that Rome was in the middle of a civil war and unfortunate that when Rome got its act together he faced Pompey, Sulla and Marius, 3 of its greatest generals, who stomped all over him. Eventually he was betrayed by his son and killed himself. His legacy does live on in the flag of Turkey, symbol of Pontus was a crescent moon and a star.
The army is mainly forged in battle, fab figures, with some Xyston figs thrown in, also great but a little large and badly photographed. 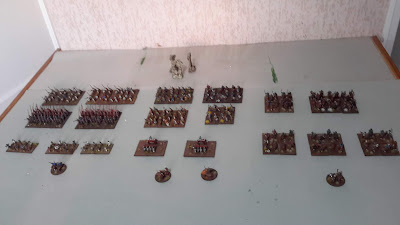 It's a big army of 3 divisions 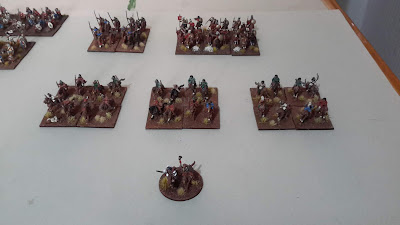 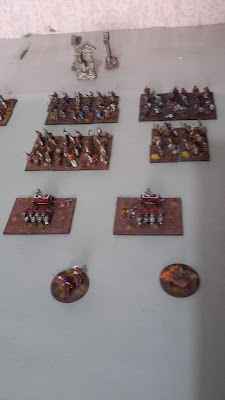 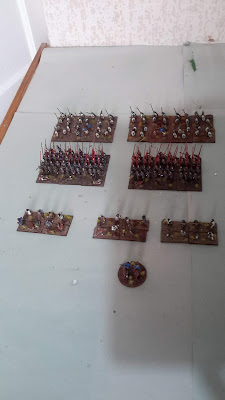 Heavy infantry division of pikemen and thureophoroi with skirmishers 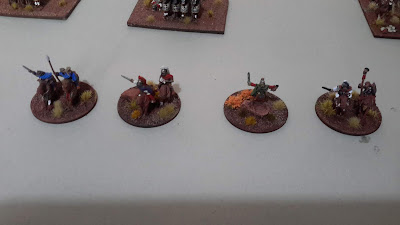 And now the units 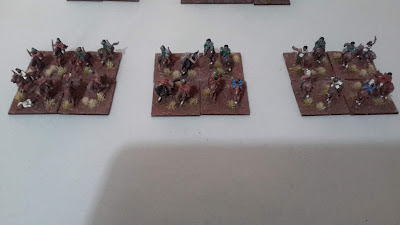 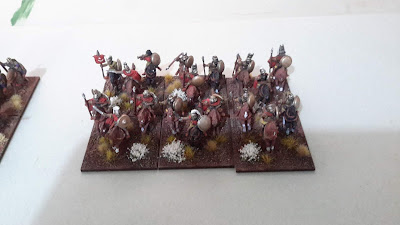 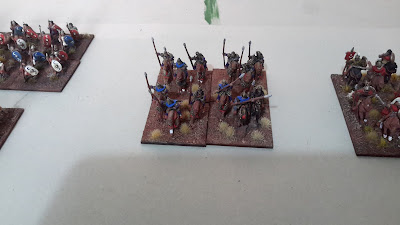 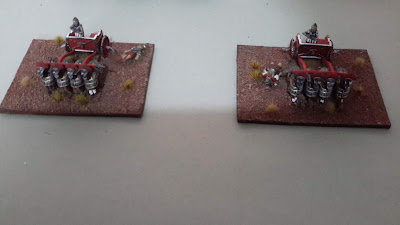 Scythed chariots 50:50 chance of being deadly or useless 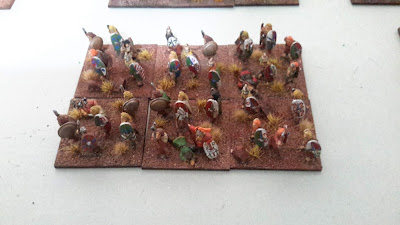 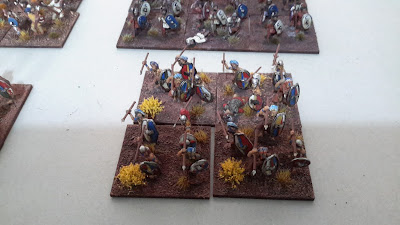 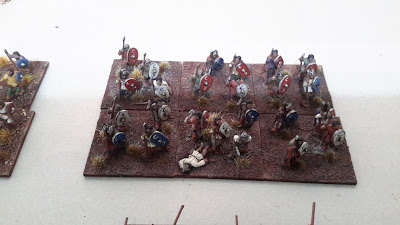 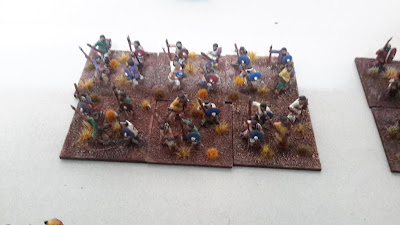 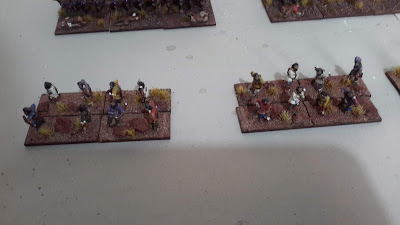 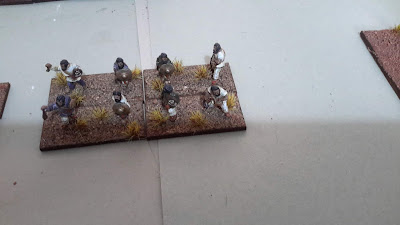 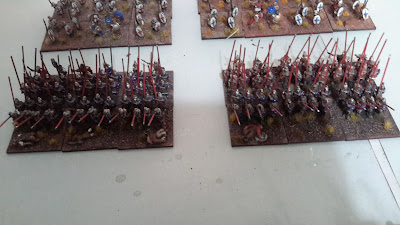 Pike blocks - crammed these in with 8 figs per base 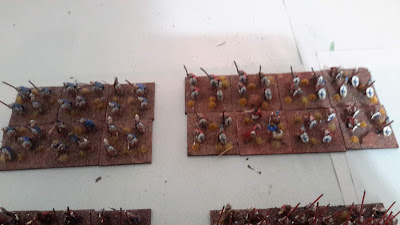 Overall it's big - 500pts in Hail Casear. it is my 2nd 15mm army but will lose against my 15mm WW2 paratroopers. Should get a battle in next month.