Slow on the heels of Dave and James's posts this is my Hammerhead post. Friday me, Dave, James and Scotty went down to Newark for Hammerhead, evening in the hotel and then up bright and early (I can't sleep in hotels so 5.30am for me) and off to the show. Dave had bought Serenity City as a participation game and it was well received. We were supposed to be helping and I played a couple of times but there was shopping to do and I spent a fortune.

Some of the games 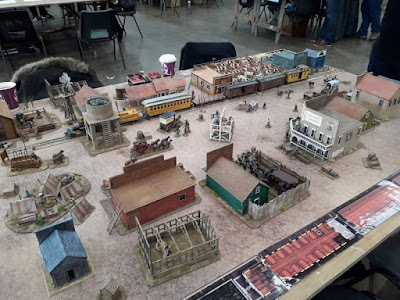 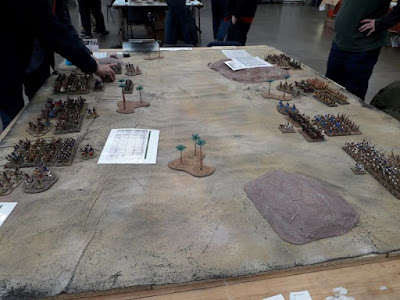 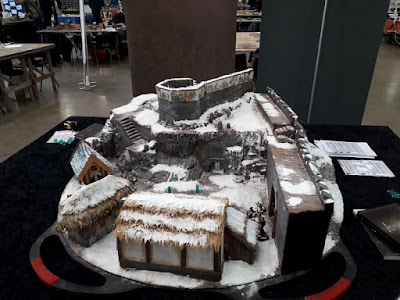 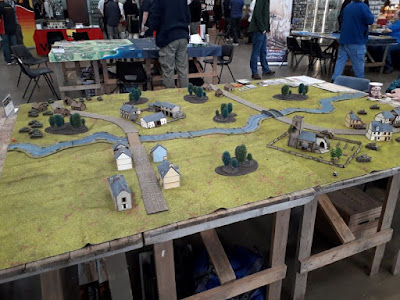 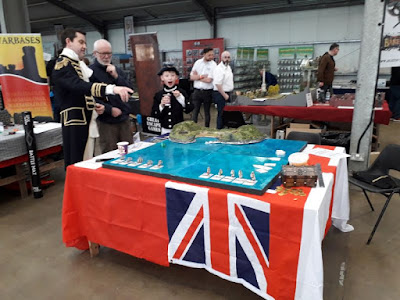 How cool is this - top marks for committment 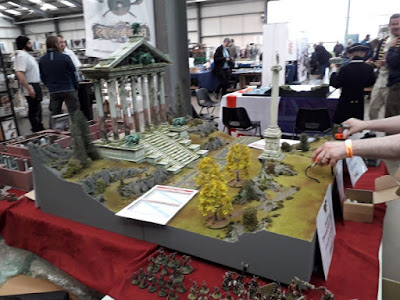 This was my favourite table - Meirce (Mierce?) Dark Lands table 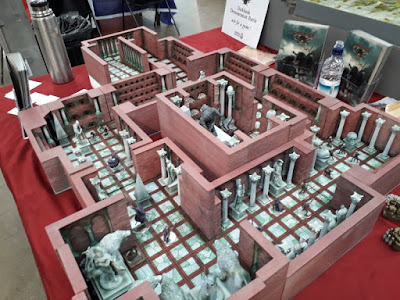 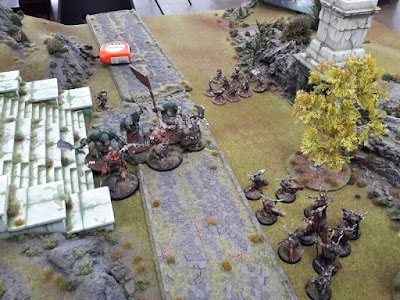 Played the game (my only game played). It's OK, table although beautiful wasn't great to play on. Rules nothing special but the figures are unbelievable. Seriously the sculptor needs some serious therapy just to sleep at night. You must check them out they were brilliant. 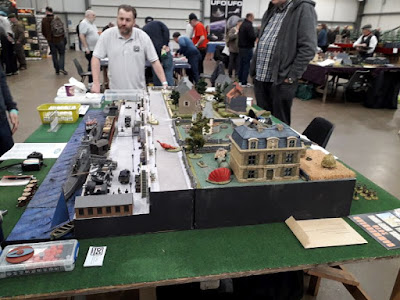 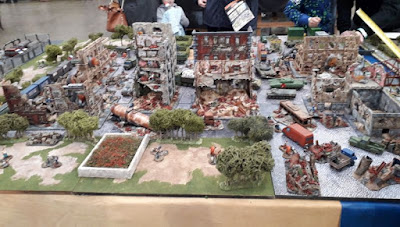 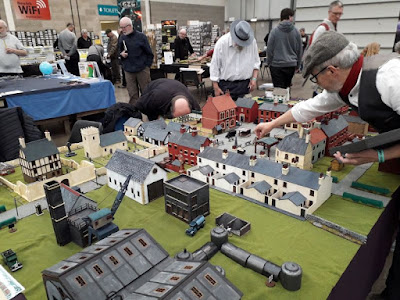 So I spent all my money - really all the money less £1.84 and I couldn't find anything to buy with the last bit.
Firstly my best ever bargain from the bring and buy. Towards the end of the day a guy rocked up with 140 very well painted 28mm ACW and only wanted £1 each. Bargain. I offered him £50 for 1/3 of them and he let me have them all for £70 - 50p each for the maths deficient amongst you. 6 infantry regiments and a couple of confederate gun crews. I've spent the evening starting to put them onto 40x40 bases. Annoyingly they don't fit so I've had to trim the bases a little. Matt I now have 24 regiments and 11 field guns - you may have to move to a bigger house. 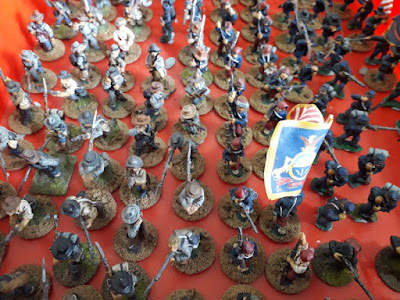 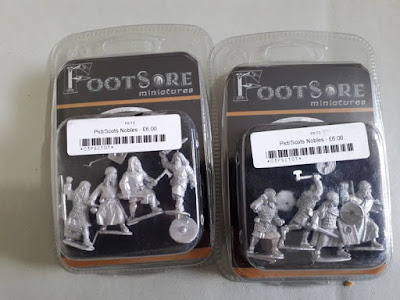 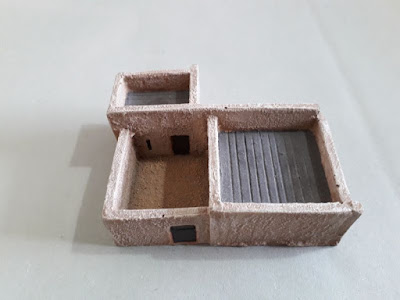 15mm desert house - what to do with that 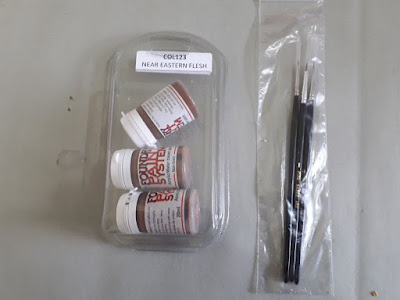 Paint brushes (Cortani and some near eastern flesh from Foundry_ 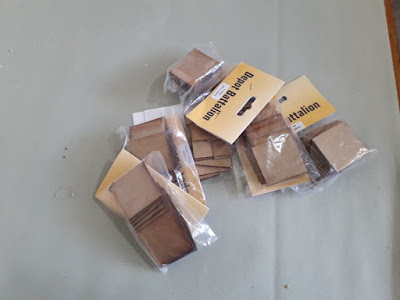 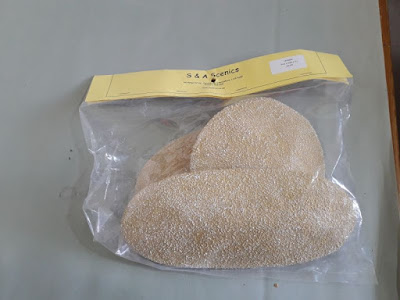 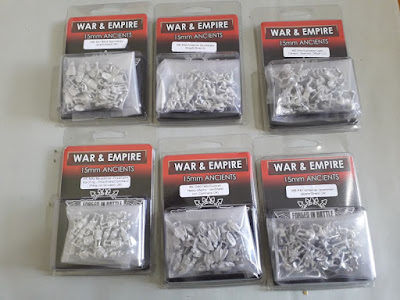 An now what I went for. 6 packs of forged in battle 15mm figs, phalanx, Armenia light infantry, Galatians, Sarmatians and Black Sea Javelinmen. 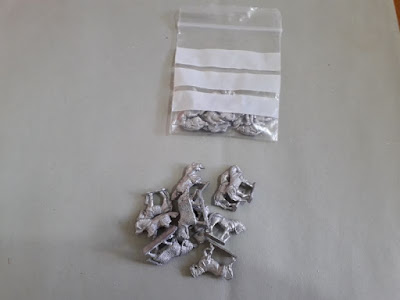 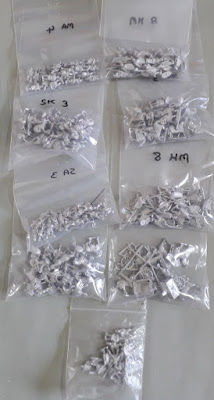 The reason for the above 15mm is that I bought a Pontic army to conquer Turkey and stuff up the Romans from Forged in Battle. Brilliant figures, always wanted a Pontic army and dream of being Mithridates VI 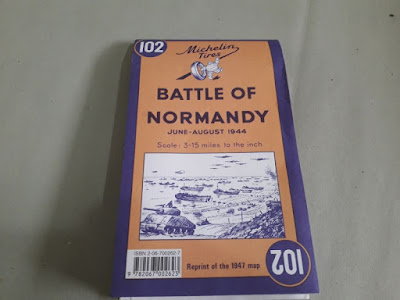 Finally this came in the post from Amazon. Very useful for Flames with Dave and James

Overall a brilliant weekend and the lead mountain is full up again - ish
Posted by MartinC at 23:06