Team Yankee - How Cheating can Beat the Russian Horde

On Saturday James MacMillan and me were invited down to Dave Docherty's for a 1st play of Team Yankee in 6mm. Dave has a great wargames room. James and me were the Brits and Dave the Russians. 1st time Dave's Russians had fought in 29 years, and the 1st time my army had had an outing. 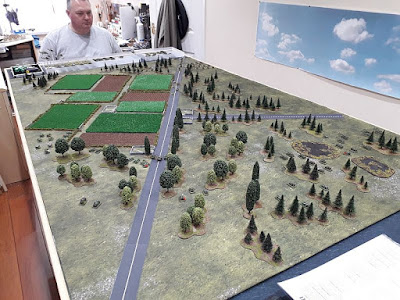 The battle field. Russians at the top under command of comrade Dave. The battle is for control of the road junction in the centre 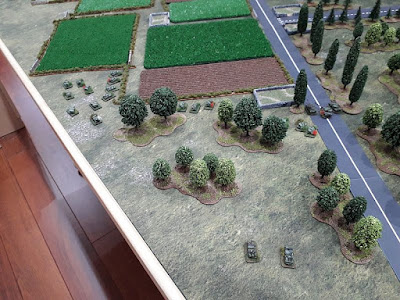 My command, infantry platoon, couple of light tank troops and a chieftan troop, plus other bits 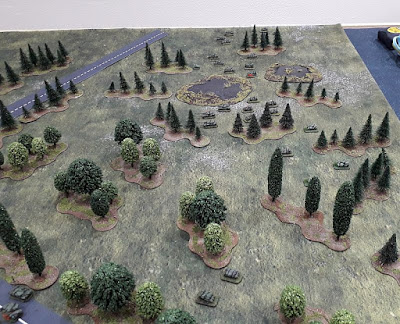 James in the woods has the rest of the tank squadron, couple of infantry platoons and some other troops 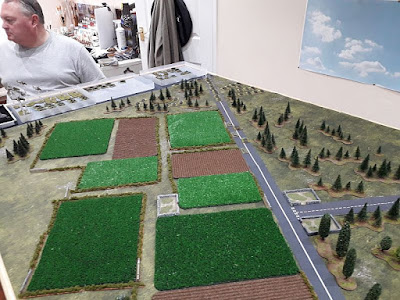 Dave has tonnes of stuff and gets 1st go 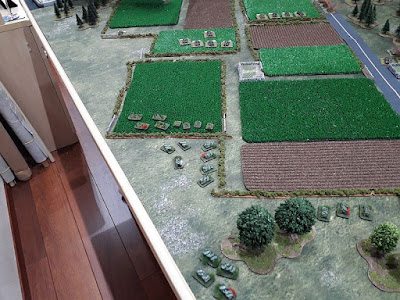 Dave has rushed to capture the junction and is advancing across the board. I have deployed my Strikers and infantry to hold the line.I have a milan section and hoping to bugger him up with them 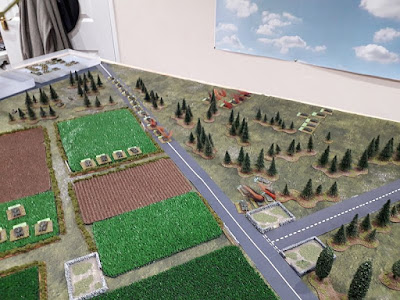 Dave's advance is costly, James' Chieftans. my Strikers and Chieftans have started to brew him up 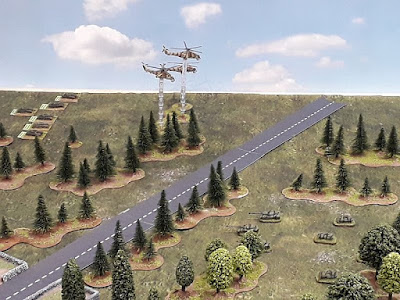 Hinds fly about menacingly covering his advance - tough tokill but not that effective. They do look very cool though 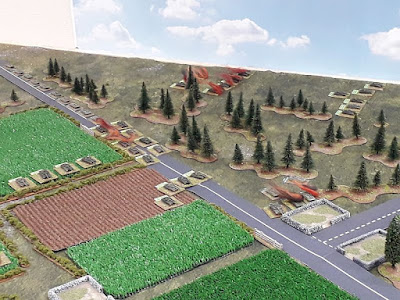 He he comes. My flank is very weak 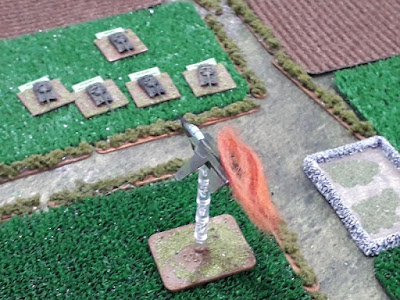 Call for a fast air attack which Dave turns into confetti 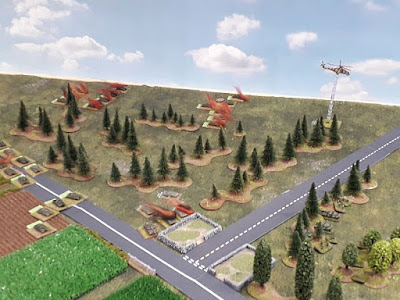 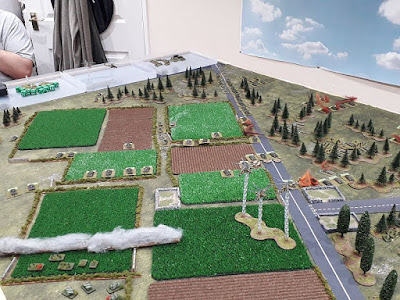 More Hinds and tanks facing me. I have to withdraw behind smoke.I have called for reinforcements in the form of infantry platoon and will hold the wall 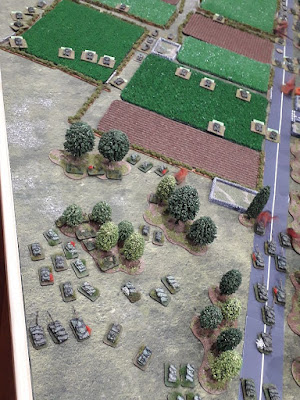 Looming large i would have retreated if this had been a campaign battle. Instead I cheated and brought on another full tank squadron 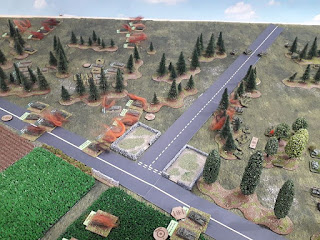 This killed him everywhere'

It's a great fast play set of rules and we are thinking about a short campaign. James has been shopping for West Germans and Dave has some Amricans. Ideal for a full Club battle.

We then played 3 games of Wings of Glory, really love it. Fun, easy, hard and very very dynamic 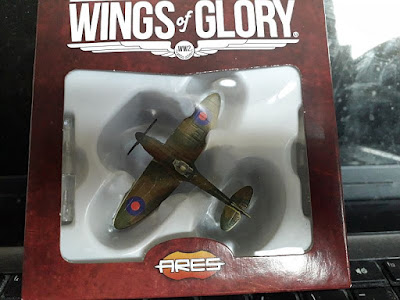 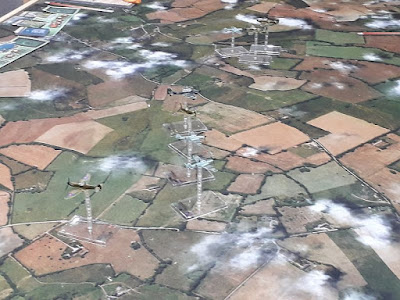 The game on Dave's cool mat 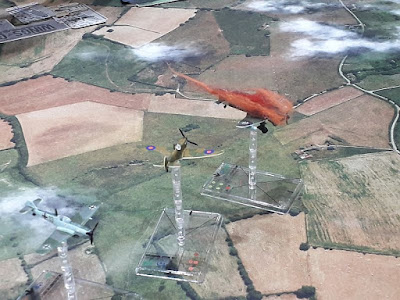 Me taking out a Stuka

Finally the AHPC VIII catch up 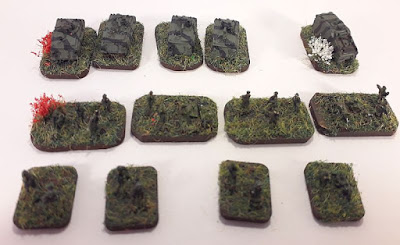 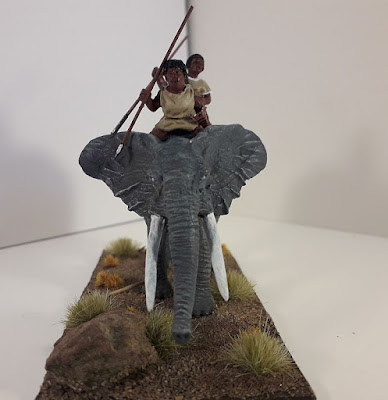 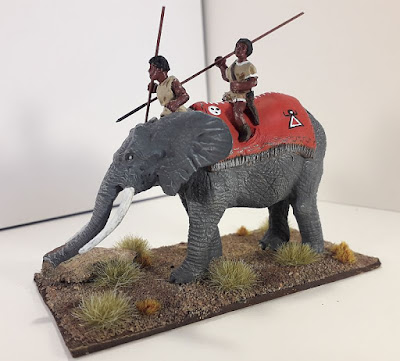 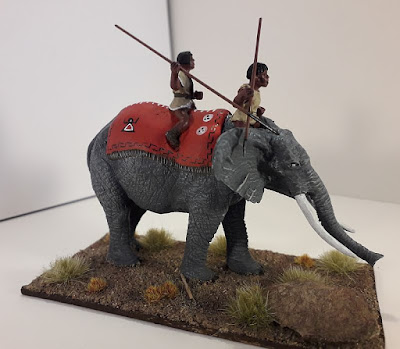 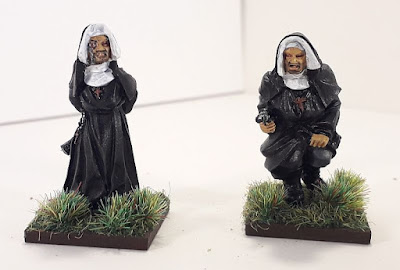 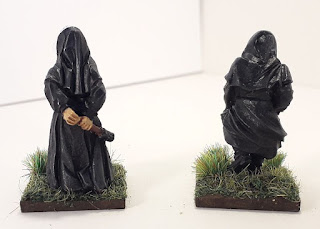 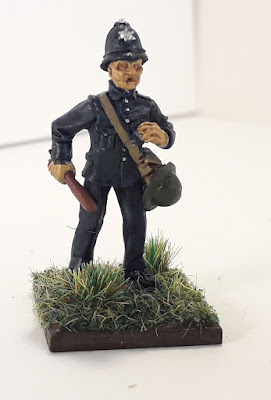