So the Old Guard met today and John was in charge. so we refought Waterloo but using 28mm Renaissance  Italian Wars Forces. John has a huge number of figures from back in the day, Hinchcliffe etc. Lots of flags as you will see. The figs are great and they make the battle look great.
I was the Florentines (British). Stu and james we the French (French) and Pete and John were the Holy Roman Empire (Germans). I was to hang on until the Germans saved my ass. The set up. I'm bottom left in the 2 walled farm houses. Local rules were that as I had aquebusiers and  halberders in them I could fire in one direction only per turn at full weight of fire. This messed with Stu's head all day. His French are all along the right and the Germans are at right angles along the top edge. The arrived immediately after we had set up and really messed up Stu's deployment. More or that later. 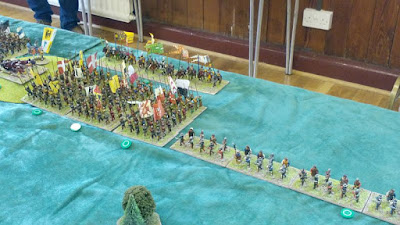 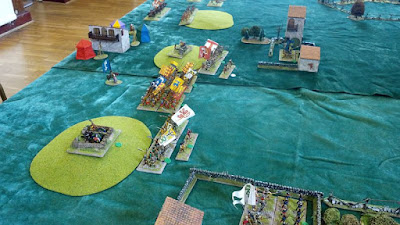 The Florentines, all straight from the biscuit factory. Really crappy pike blocks, some poor mercenaries and a couple of cannon. 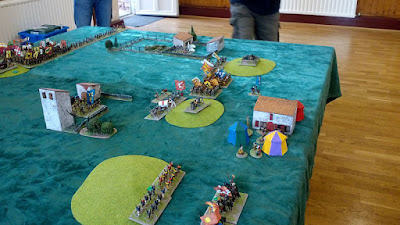 I have some knights and I've put units in both farm houses. 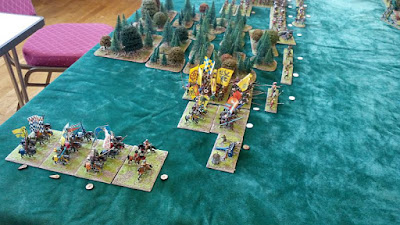 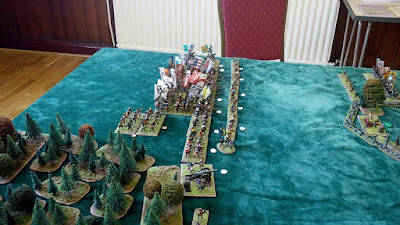 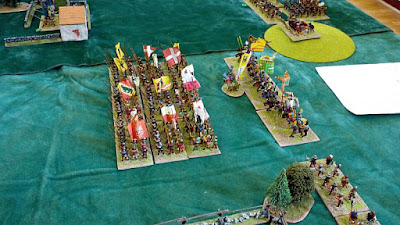 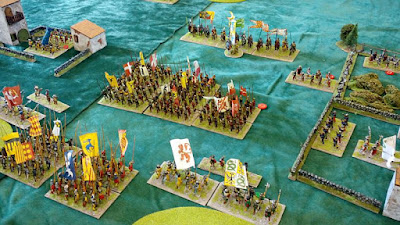 Between the farm houses and towards my lines. Some good shooting, and a crappy understanding of the Impetus rules causes damage but its only turn 1, 10.15am, and I'm about to get butchered. 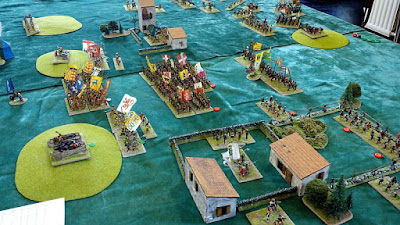 Very close indeed. The Germans are miles off. Worst rescue ever. 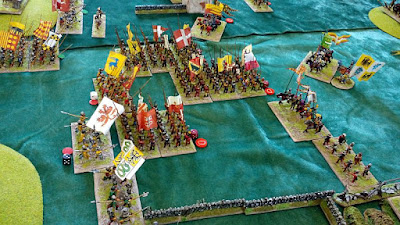 They hit and I stop them dead, then push them back. The biscuit men are epic. Outnumbered, out classed and they have come out swinging. 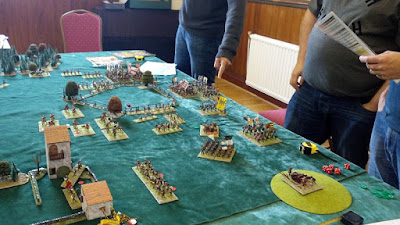 Over on Stu's right James have turned up and been left with a near impossible situation. The Germans are near and he has to turn his whole division to face them. His troops aren;t great but he does have some very strong gendarmes and the Swiss Guard. If he can retreat then may be he can hold on. 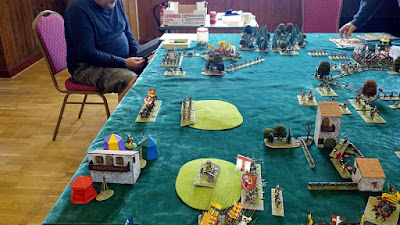 John is checking the cricket score. 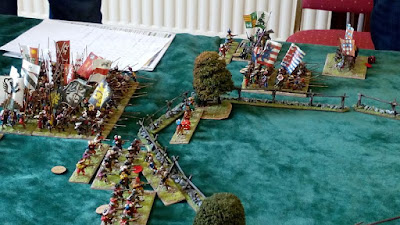 James has sorted out his flank and Pete is stuck trying to get over a simple fence while James shoots the crap out of him and his gendarmes butcher the infantry and cavalry. 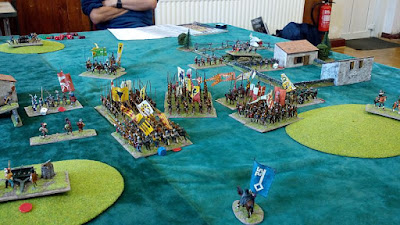 My Florentines are still swinging. I've lost most of my troops but I've taken out another pike unit and 2 units of horse archers (heavy cavalry with lances!) with my crappy infantry. 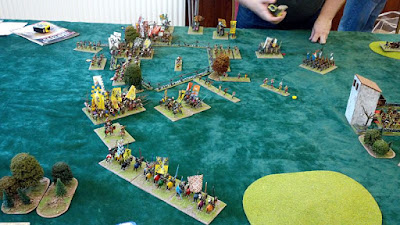 However my Army has reached it's break point and I collapse. It's 5.00pm and I've really knocked the French about. However with John still too far away and Pete getting beaten by James it's all over.

A great day, much closer than it should have been. Impetus is not my favourite rule set and it is hard to change your dispositions once you've started. Units of the day were my militia pike and James Dopplesword infantry and skirmisher infantry.
Really want to play Italian wars again.