So 28mm is my thing. I have some 10mm stuff but 28mm is what I grew up with, what I like to paint and what I like to play with.
So it has come as a shock to me, dear reader, that I have embraced Team Yankee - in 6mm. Last year I bought a bag of toys from the flea market for £15. It contained lots of random stuff - most of it junk. But it did contain 60 odd 6mm British 1980's vehicles. Exposure to James in the Old Guard has sparked my interest in Team Yankee so I decided to paint them up. 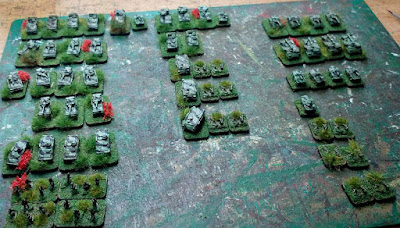 The complete painted collection. Very Recon heavy but with loads and loads of Milans 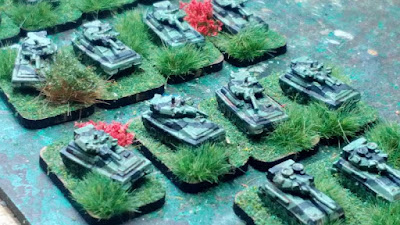 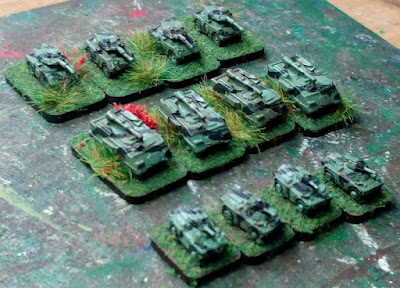 Foxes, Wombats and Ferrets - this petting zoo is not in the lists for Team Yankee but easy to canibalise stats, and you have to have ferrets. 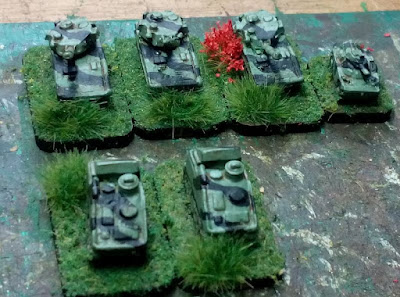 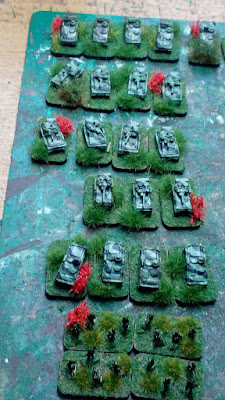 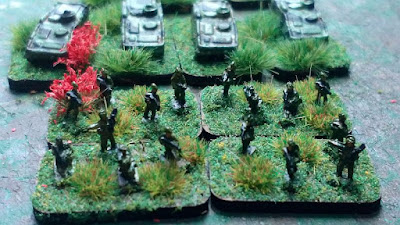 I added red flowers to each of the unit commander bases - need trimming. I have ordered some Chieftans, other stuff to make up an mech platoon and some Rapiers from Heroics and Ros That will give me just over 100 points with tanks, recon squadron, infantry and an odds and sods to make up a TA type unit.