Yesterday I nipped over to Penrith to to play a Bolt Action game in the dungeon. The Germans (me) were advancing on invasion day to take a key crossroads on the A20. Go here for the build up and more info on Matt's brilliant campaign.
It was a large engagement with over 20 units per side and the better for it. 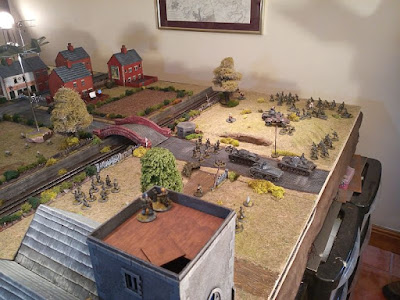 The initial German deployment. I have a strong mixed force of infantry, paras, tanks and artillery. My spotters in the church tower can call in a Stuka to give one ground attack. The artillery and my panzerjaeger will take up position on the hill to the top and provide fire support for the battle. The aim is to cross the railway line and take the crossroads 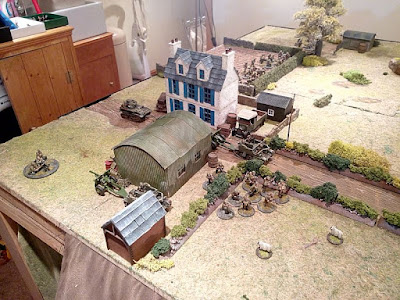 The Brits, with a strong AT force advance down a narrow road towards the crossroads 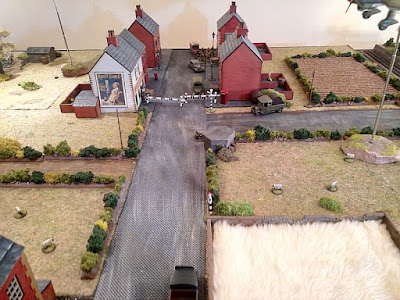 The crossroads and town, currently unoccupied, although the home guard have just arrived and taken up position in the houses facing the railway line The British have a tank force that will enter from turn 2 along the road at the bottom of this picture. 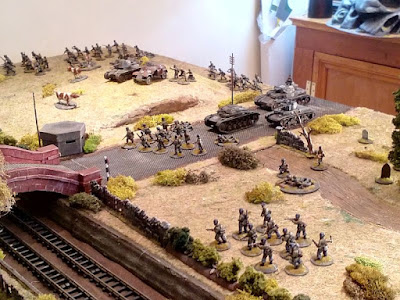 As the town was effectively unoccupied, only some useless home guard my plan was to charge down the main road with paras and tanks and then advance down the flanks 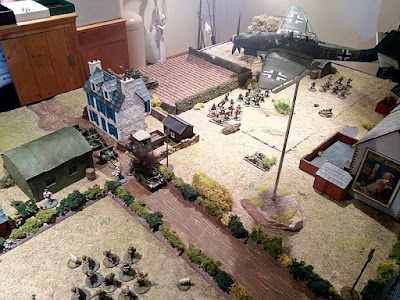 I decided to try and cause chaos early and called up my airstrike on the lead Bren gun carrier of the AT column. A direct hit takes out the Bren and blocks the road. This would mean the AT wold take ages to set up. 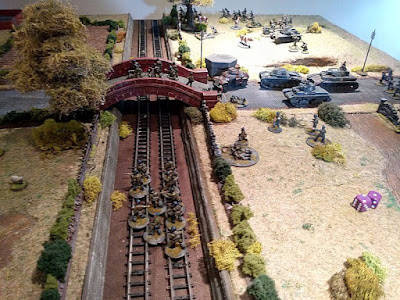 The advance begins with a unit of Paras leading the charge 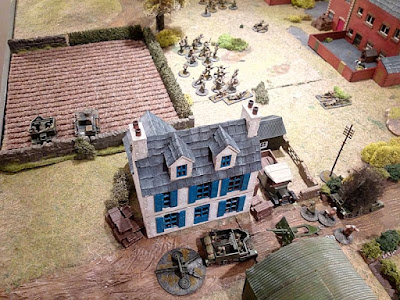 The Brits still fannying about with the AT 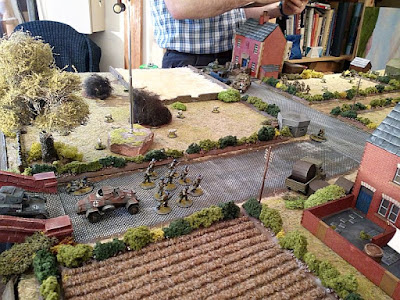 I'm over the bridge and charging to the house with some smoke as cover, mortars are good at this. The PzII will be hit next turn and effectively block the bridge for a short while isolating the lead units 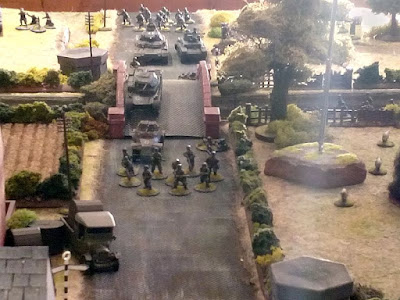 Cool shot down the road 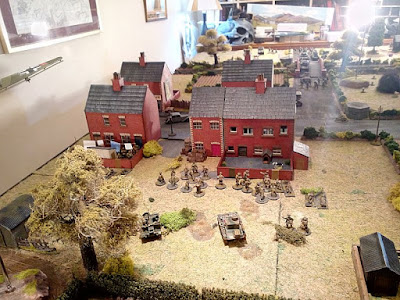 The Brits have reached the town 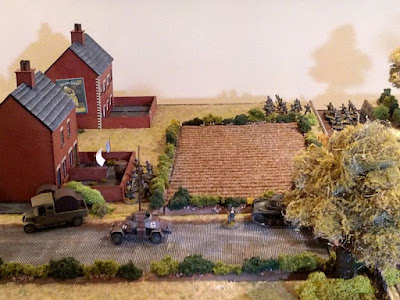 My Paras have reached the edge of town and are preparing the kick the home guard out of the nearest building. The PzII has been shoved out of the way by the PzIV. 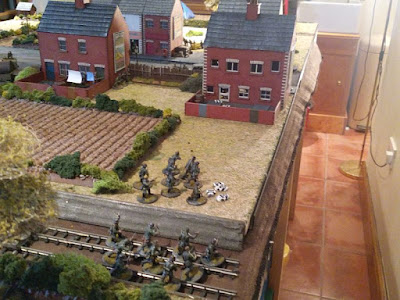 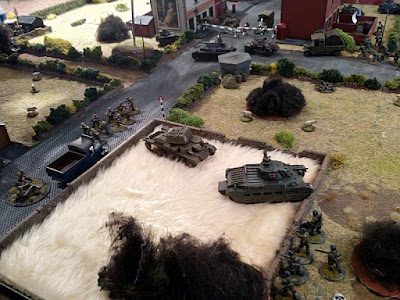 The British tanks advance as to the Germans. In the centre the paras have take the house and withstand 2 assaults before being kicked out. But by now more support has arrived and the Germans take back the house and hold it. Both front tank forces are now flanked and should be being wiped out by each other. In addition the Brits are under fire from the Pzjgr and the Germans  from the British AT line. All the shots from both sides were rubbish and only 2 tanks were destroyed during the whole battle, the smoke at the bottom hides a burning Vickers tank. 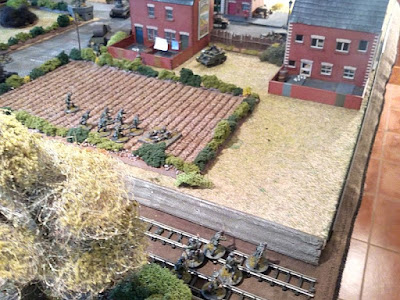 The Germans try and advance again. A chance event has caused the home guard to retreat but I can't get past the 2 Bren carriers 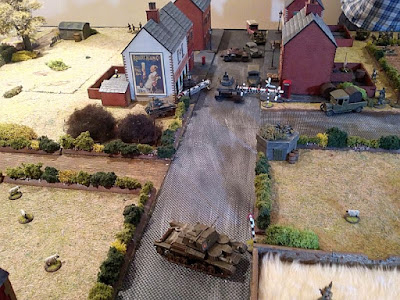 I now hold the house at the crossroads with all the Brit infantry dead or on their way home. The PzIV has moved out of shot of the AT line but with its back to the A9 and the Matilda. It's track is blown off but it can still fire. I have an AT section in the pillbox. I own the crossroads 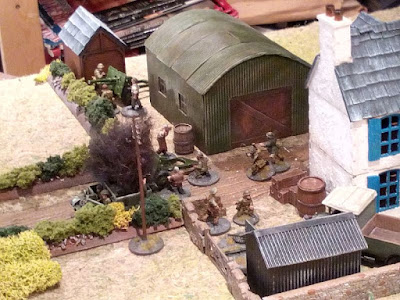 The British AT line, utterly ineffective.
The Brits are not destroyed but with only tans and AT guns left are going to struggle to take back the crossroads. A victory and the conquest of Britain continues.
This was a great game with over 20 units per side. After 8 hours of gaming the victory was mine. I don't normally play the attacker and it was a good change. The stand out units were the paras who entered the town and held off several attacks before being destroyed, Iron crosses to be awarded postumously and the home guard who held a flank on their own despite intense artillery bombardment and being outnumbered 3 to 1. They deserve a pint.
Matt's report can be found here