Regular visitors will know I've become a little obsessed with the Persian - Russian war between 1804 and 1813, due to my reading of The Great Game by Peter Hopkirk. I've been buying some Perry Napoleonic Russians and I have a lot of Afghan type figures that I can use but I was without any Persian Regular Forces known as Sarbaz. 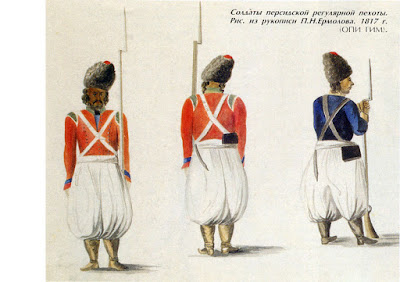 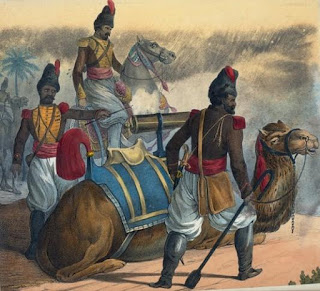 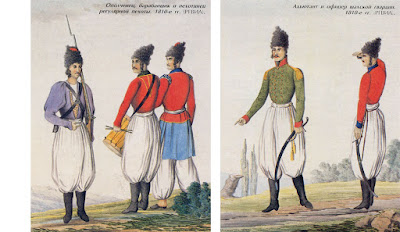 Westfalia do some really nice regular figures but I was feeling cheap and bought some renaissance Persians from Old Glory. Generally I like Old Glory stuff and the figures I got were great but the uniforms and equipment were wrong. The infantry were wearing frock coats, were wearing puttees, all had swords and had a variety of fashionable head wear.

I could modify the hats, swords and boots but the frock coats would be a proper nightmare. Luckily they can be used as Persian Militia (see above). However I still had no Regular Persians. It was time to break out the casting kit and make some.
I make simple bodies and legs and then add heads and arms from the bits box, who hasn't got thousands of these. I made the body from a plastic zombie body and used milliput to make the trousers into pantaloons and some webbing. 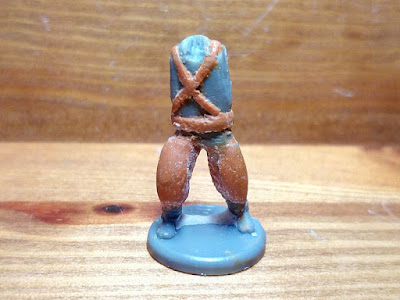 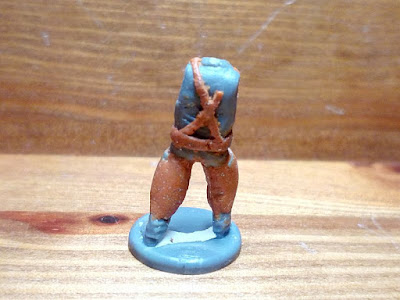 The webbing broke off in the mould but not a disaster. I used the model to make a plaster mould and melted some of my collected swarf (11g per figure) and managed to cast 20 figures. 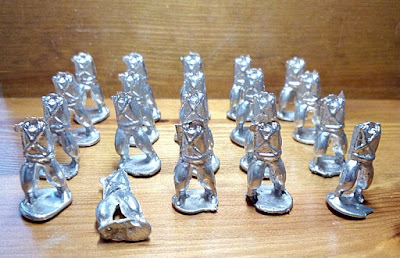 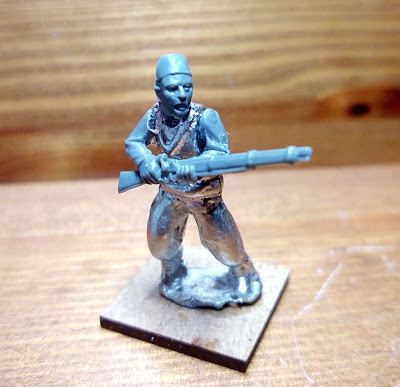 I then added the relevant hat - Kadjar 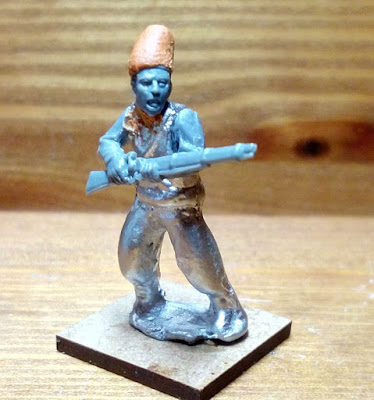 I had previously converted the Old Glory figs to militia. 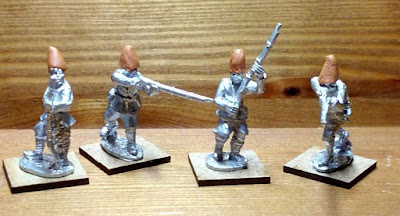 Finally the  Persian Zembouraki Camel Artillery which the Old Glory figs came with Wheelock muskets but needed light cannons. Luckily I had some of these from my Pirates. 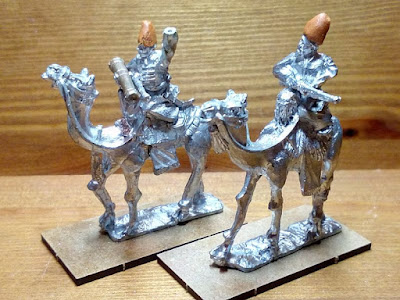 Camel gunners post conversion - I have 6 of these and have fitted 3 with cannon.

All I need now are some bases to put the figs on, I've run out.

I'm off to Matt's next weekend to play a game in his Sealion campaign a,nd he is putting on a demonstration game at Dumfries in March where I will play. Really looking forward to that. In February I am at another gaming day with the Old Guard in Northallerton. Hopefully in a couple of weeks I'll be playing a Zombicide game by Google hangout with Simon (BlaxKleric) as a spin off from the painting Challenge. That should be fun although i've never played Zombicide, but have been reading around it. Overall very busy, which is nice but it means I can't go to York in a couple of weeks.