Last year i painted up a set of figures for Dunsterforce. Dunsterforce, named after Lionel Dunsterville their commander, invaded Azerbaijan at the end of 1917. With the Russian Revolution the British were concerned with the potential capture of oil rich Baku buy the Turks. So they crossed Persia and then boarded ships to cross the Casptian Sea to Baku and mount a defence of the city. There were many adventures on the way but the force is best summed up by one incident. When it was time to cross the Caspian to Baku the locals wouldn't let them fly the Union Jack as it smacked of Imperialism (which was exactly the purpose of the campaign).The problem was the only other flag they had was the Imperial Russian flag and obviously that wouldn't do. So they turned the Russian flag upside down and crossed the sea under the flag of Serbia!.

On Saturday I drove over to Matt's and we fought a large action of Turks and some Russian vs Dunsterforce. THe aim was to capture the railhead and the trains in it. I was Dunsterforce and Matt the Turks. 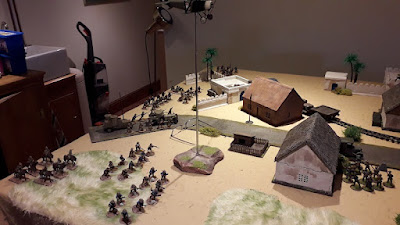 Dunsterforce advances towards the railhead, which is lightly guarded by Russian militia 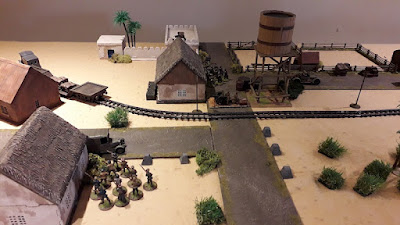 THe railhead with a MMG and a light Howitzer

In the distance the Turkish reinforcements are massing, they are many 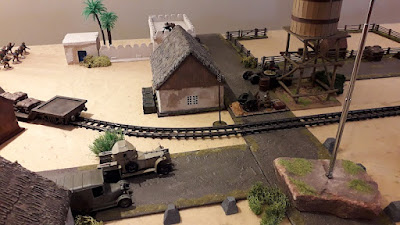 THe Rolls Royce AC advances but failss to kill the howitzer 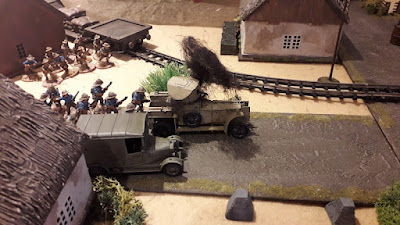 Which takes it out next turn. The buildings are now full of milita and they will slow me down just enough 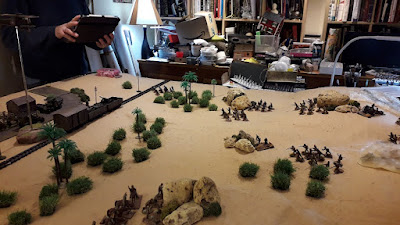 As the Turks race in 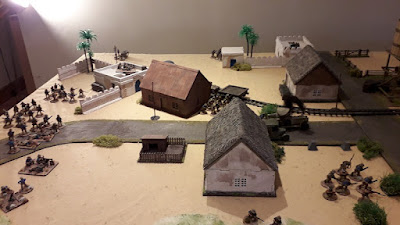 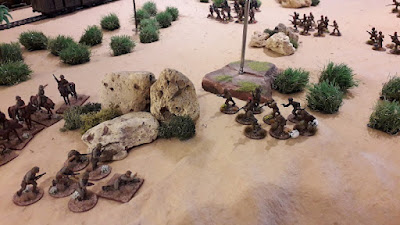 My cavalry have advanced, dismounted and are holding up the Turkish advance 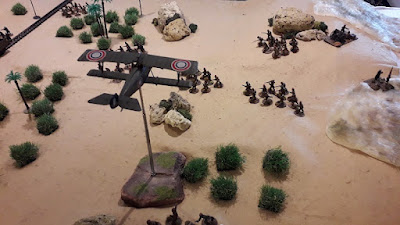 Overhead a British plane is raining down lead 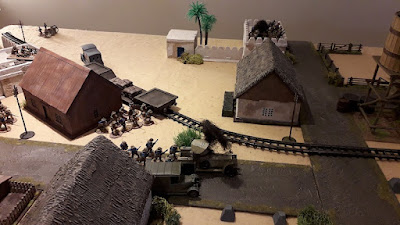 Still stuck in the town but the MMG has gone 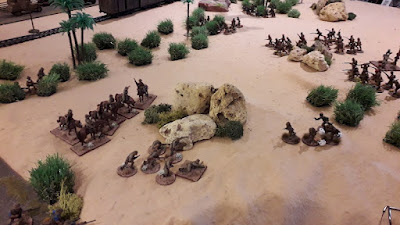 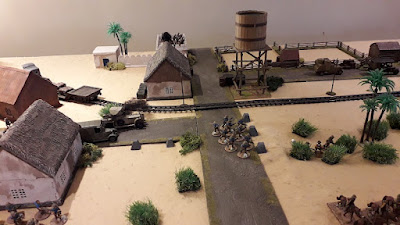 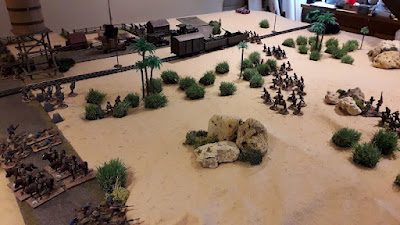 I get the worst of the fire fight 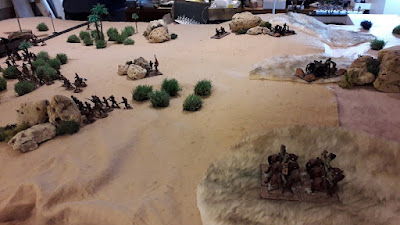 But my cavalry has moved off the threaten the Turkish rear 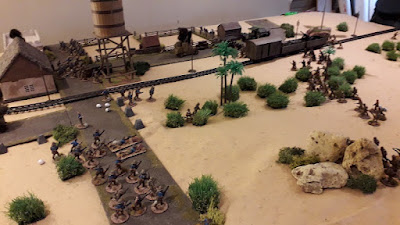 Still firing, and dying. My artillery is ineffective 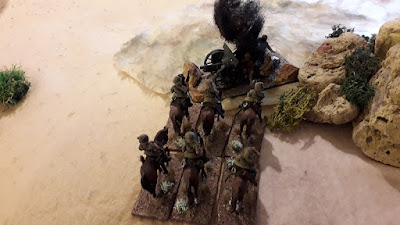 But my cavalry charge and take out a Turkish gun 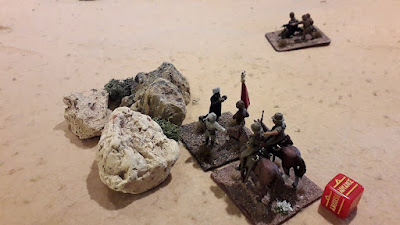 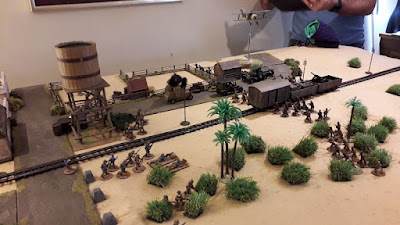 But I can't get here, it's too far, my artillery is too ineffective and there are too many Turks 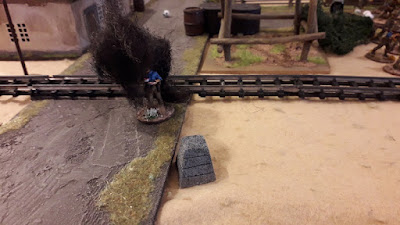 With the last throw of the dice the Turkish artillery takes out Dunsterville, just not cricket.
This was another great game to play and there will be many more. Back of Beyond is a great period, WW1 but with trenches and no mad good tanks

Email ThisBlogThis!Share to TwitterShare to FacebookShare to Pinterest
Labels: Dunsterforce