Today I went over to Dave's to play a 7YW battle and teach him the Honours of War rules. I decided to fight the battle of  Lutterberg but swap the sides to be Prussian and Austrian from the French and Allies.

Basically the Austrian are on a low ridge to the SW of Lutterberg and are facing a larger Prussian army who have managed to out flank them with a large force. This should be pretty easy for the Prussians to roll up the flank. I was playing the Prussians 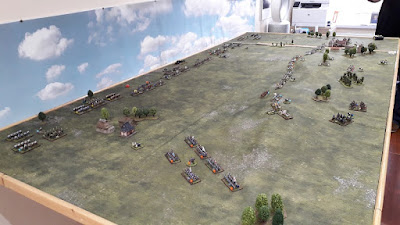 The battle field with the turned flank closest 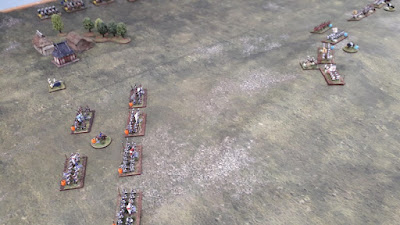 The Prussians advance on the meagre Austrian defenders 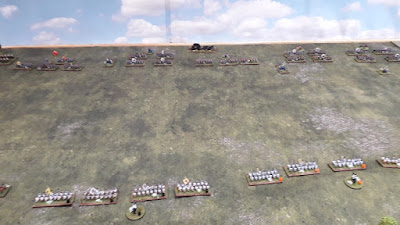 The centre, fairly even although the Prussians have a grenadier brigade. 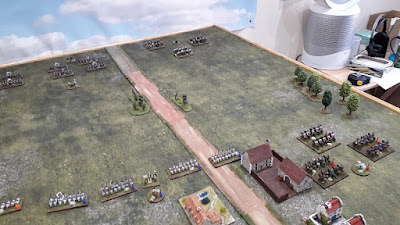 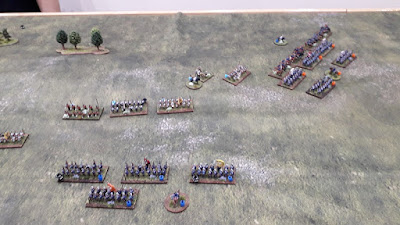 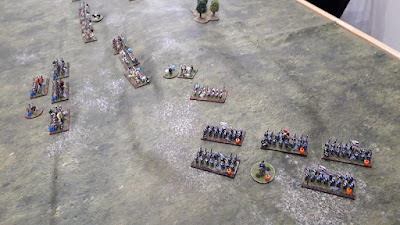 THe cavalry are annihilated. With another Prussian brigade to the front the Austrians are doomed 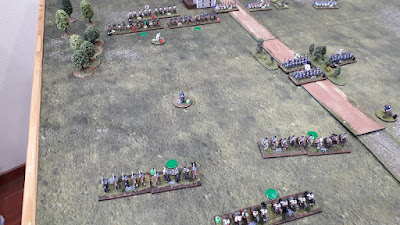 Over on the Austrian left the cavalry brigades have clashed and both brigades are blown. No hope for Austrian reinforcements from here. No long now, nothing can go wrong from here 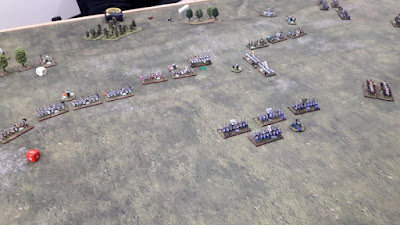 I launch an all out attack. In honours of war each brigade is activated on a D6, throw a 6 and you get a double move but throw a 1 and you can't advance. Over the next turn and a half I threw 8 1s in 11 throws. My advance halted, the flanking brigade and supporting cavalry remained stationary for 3 moves. The consequence of  this is that my brigades advance piecemeal and the Austrians were able  pick off the Prussian brigades with greater localised firepower 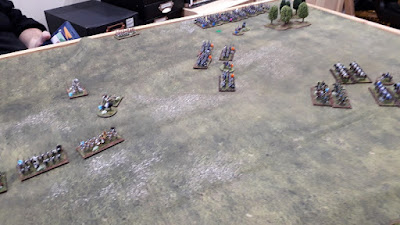 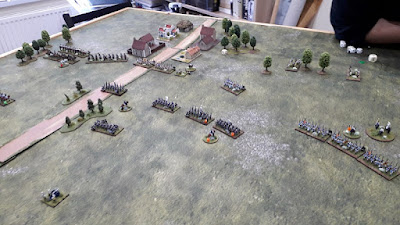 This happened across the table 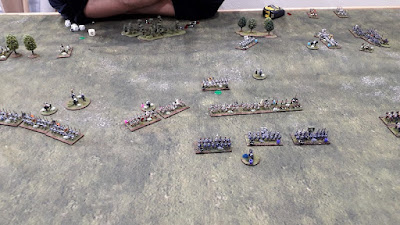 and here. The Prussian centre is smashed 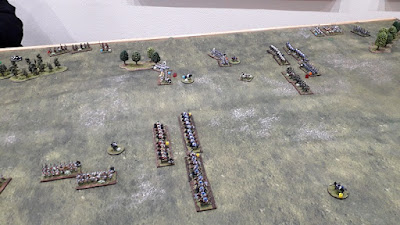 Email ThisBlogThis!Share to TwitterShare to FacebookShare to Pinterest
Labels: 7YW