It is now a tradition that the Old Guard get together between Christmas and New Year to play a massive game. Over the last 12 months Dave and I have assembled significant Vietnam war collections mainly Empress and Gringos40 figures (both are fab).

So we planned Operation Turkey dinner with a USMC search and destroy mission to attack the village of Cho Mi (American Dog!) 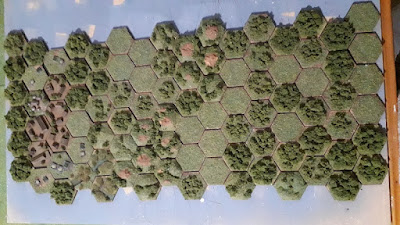 The 3D hex map of the table (love my 3D hexes) THe USMC had an APC mounted platoon (James ran the vehicles and Ian the transported grunts) which would enter from the East. Angus commanded a 4 Huey strong helicopter wing, with Stig commanding the ferried troops. John has 2 sections of LRRP that would start on the map almost anywhere he wanted outside the village. He placed a section on each hill in the centre out of support of eachother. Wonder how this would work? We placed tiddlywinks in each hex (approx) and these would be reveal events when reached - both good and bad things. The 5 commanders had to collect points for killing VC/NVA, finding weapons caches and intel and war photographers could take glory shots for more points

East end of the table with Hueys 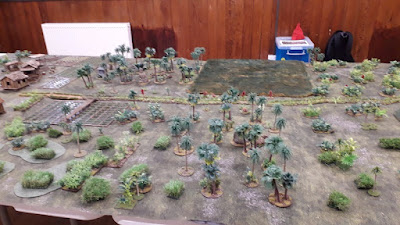 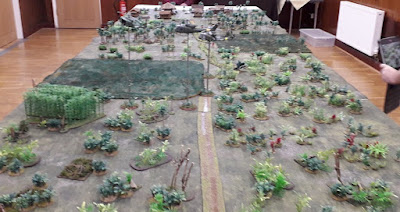 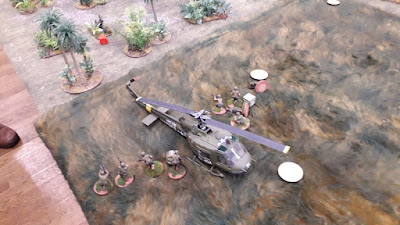 The 1st Huey lands on the northern most LZ and disembarks its marines, underfire from HMG AAA 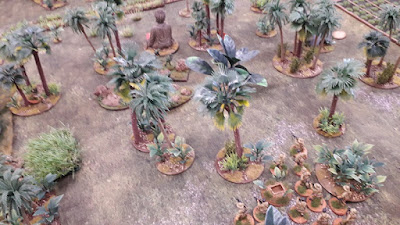 John's LRRP section on the Northern hill are hard pressed with NVA and later VC emerginging from tunnels underneath the battlefield. I made some 3D tunnel networks in file boxes but forgot to photo them. James and Ian explored a couple and found a weapons cache and captured a VC officer and intel

The LRRP to the south are having a much easier times 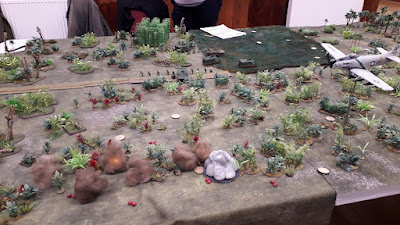 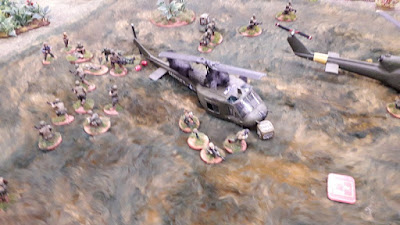 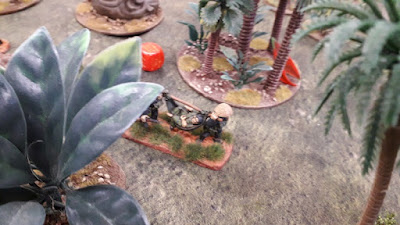 Immediately infront of the LZ John's section was surrounded and in desperation called in an artillery strike at Danger Close. This landed on his position but also wiped out several of the attacking NVA. It wasn't enough and the section was wiped out with the injured survivors captured and taken away by VC 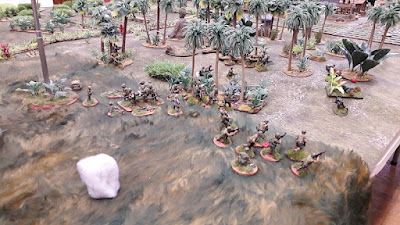 THe marines are advancing from the LZ and have taken the hill, too late to save John's section

The APC platoon have reached the LZ and continue their advance

The Americans have reached the village and the Skyhawk is clearing the path.
John's LRRP section and James/Ians Gage Commander make the centre and the battle was over.
Fantastic days play, the scenario and rules worked really well and the 5 commanders worked well together, occasionally.