Random Painting and News of a Battle

I've  managed to get some free time and today fought a 15mm solo battle using KoW. 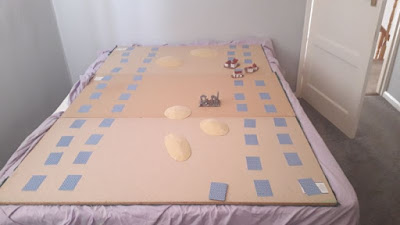 I set up the battle in my spare room, which has terrible lghting. Simple layout with smal village and ruined temple in the centre and some small hills down the middle. The deployment was set up blind using cards 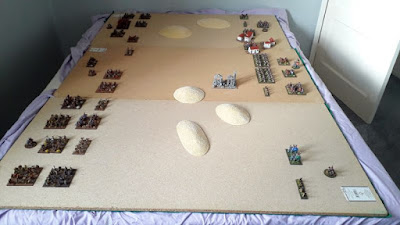 On the left the Kingdom of Pontus, a late Successor army with large pike blocks, scythed chariots wild Galatians, cataphracts and light cavalry. In deployment 2/3 of them turned up. On the right a classical Indian army heavy with elephants, 4 horse chariots, cavalry. spearmen and load of archers. However only 1/3  of them turned up. Reinforcements would arrive randomly each turn. Basically both sides had lots of light stuff and lots of heavy stuff

I've also been painting in the evenings 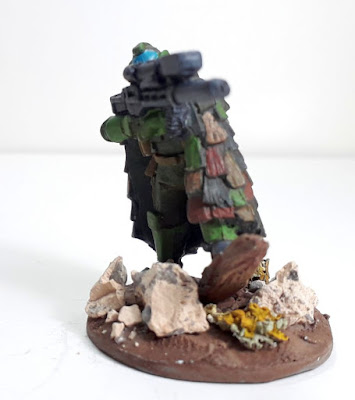 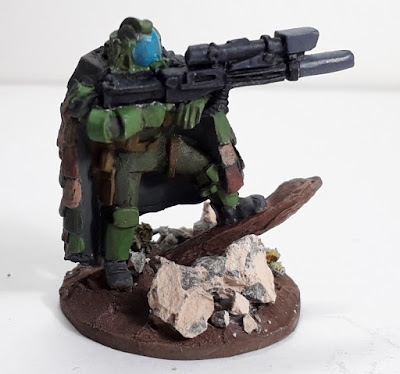 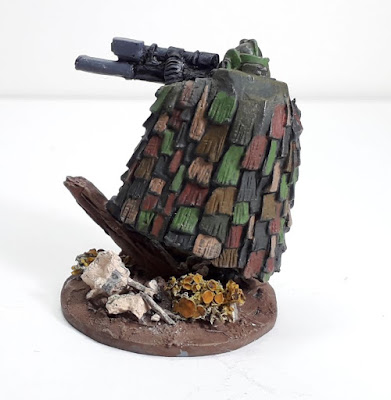 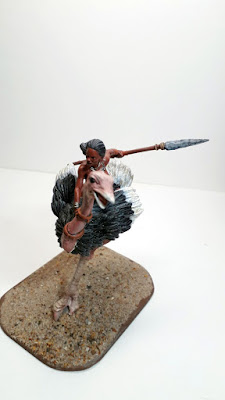 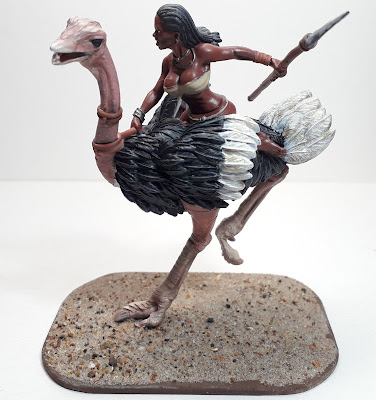 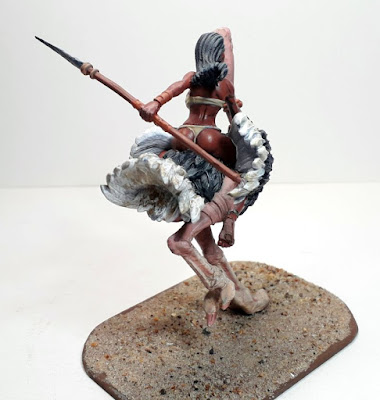 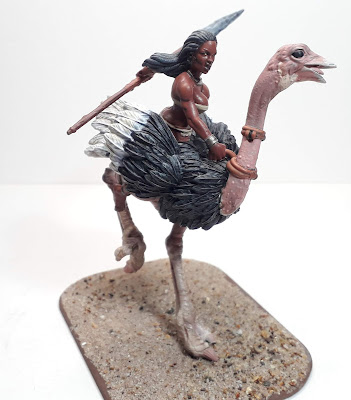 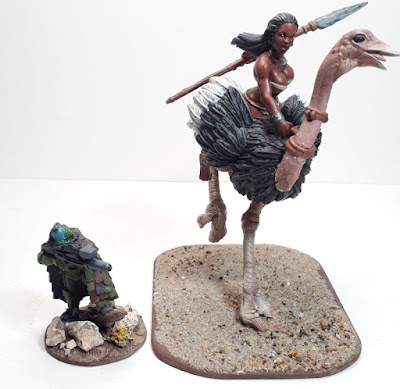 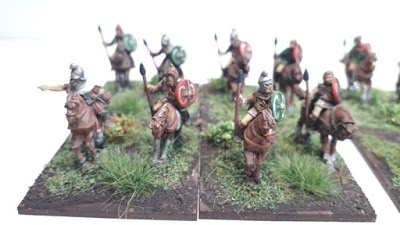 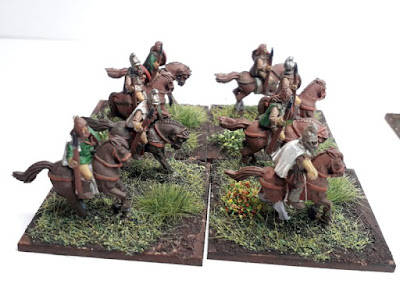 15mm Thracian archers, slingers and a general - Forged in Battle