More lockdown painting. Watching Grayson Perry's art club as I write, so may do something weird for the next post. But for this post I continue with my 90bc near east world

Couple of units of slingers Forged in Battle 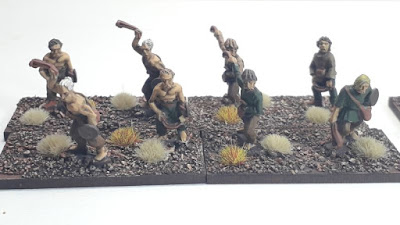 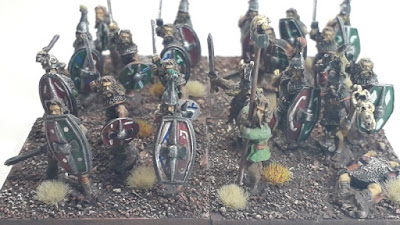 Unit of soldurii with a couple of dead Romans - Xyston 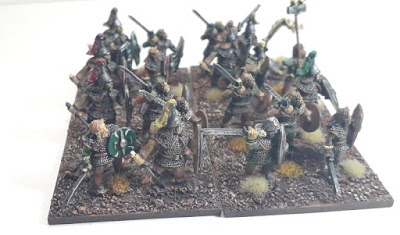 I have 4 more units of warriors and 4 of cavalry which will give me an army of 14 regiments so a wing of a Pontic army in a massive battle or an entire Galatian army.
I have a soft spot of Galatians. I have known 3 Turks in my life, 2 amazing women and a really nice guy. The guy was quite conservative and he worked with this crazy Turkish woman. Whenever she used to wind him up he used to call her a Galatian. Which was apt as she had red hair, some really impressive tatoos and was actually Galatian from the middle of Turkey.
Right off to get the modelling clay out

Email ThisBlogThis!Share to TwitterShare to FacebookShare to Pinterest
Labels: Forged in Battle, xyston