Today I went over to see Matt to play my 1st every 6mm tank battle. We played a WW2 Eastern Front battle  using Blitzkrieg Commander rules/ A tank heavy meeting engagement with no air or artillery support and only AT guns as infantry. I was my 1st time so Matt wanted to break me in gently. I was the Russians - more tanks but worse command and shorter range than Matt's SS. We started will a small skirmish to get me used to the rules,which I won. Good old Mother Russia. This meant I got to have a flank attack but I deployed 1st. This was a big battle at 5K points each on an 8ft by 5ft table which gave plenty of room to move about - my kind of battle. 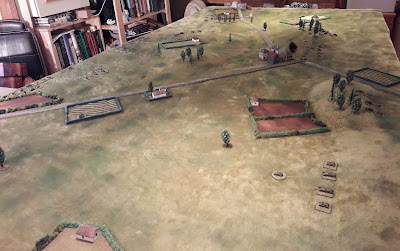 Turn 1. I deploy to the right but Matt fails a load of command rolls and barely gets on the table. 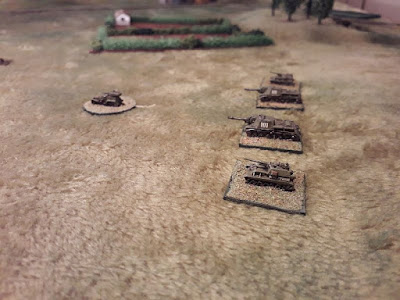 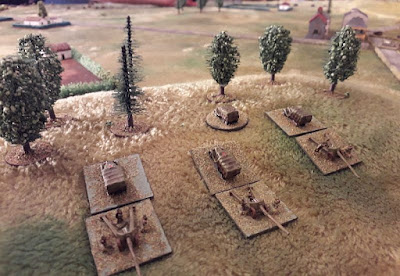 Next in line is a platoon of 85mm AT guns. These failed to deploy for about 6 turns Which was a total pain 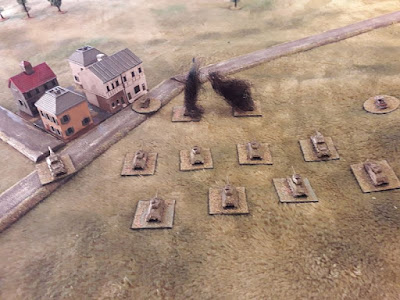 Tank Regiment (could be a platoon so lets call it a unit. I have 2 of these, the other is my flank attack. Matt has already taken out to T70s but the SU152s and T34s are ready to rock. 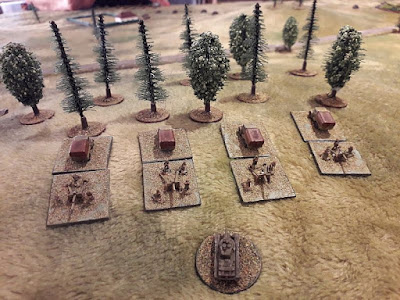 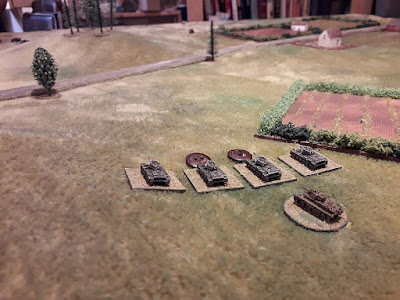 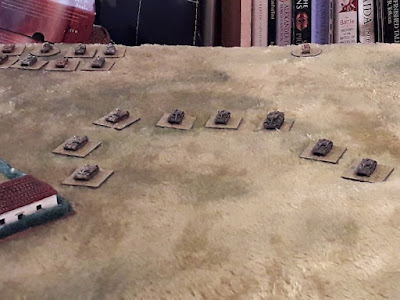 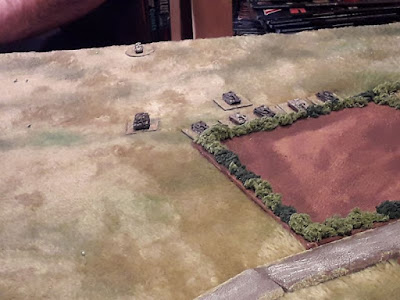 Another one facing my KV1s. This one, like the previous has a Tiger 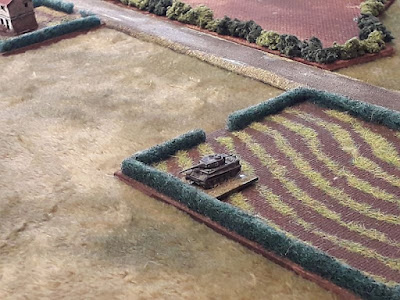 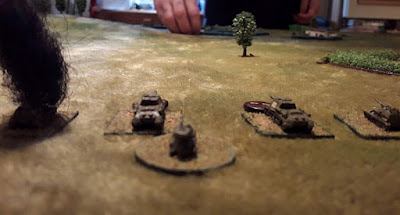 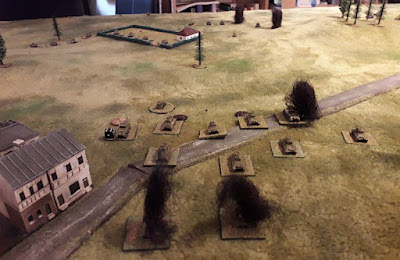 My tank platoon rumbles forward and takes out one of Matt's Tigers and a PzIV. We exchange shots fora couple of turns and then I launch my flank attack against the solitary Tiger and the AT unit. Tried to do this a the previous turn but failed my command roll. 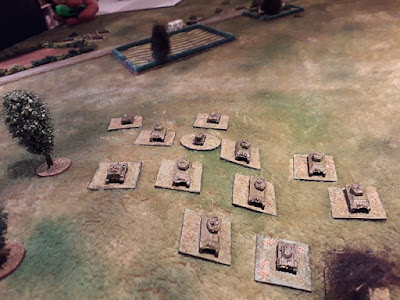 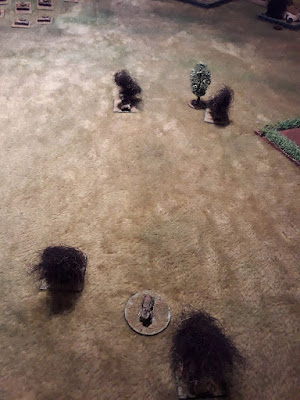 Which is good because I'd fannied about on the left and lost my entire AT tank unit. 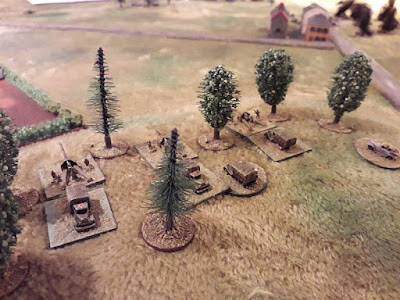 Finally managed to unlimber my 85mm AT and they were epic, blowing the crap out of anything that came into range 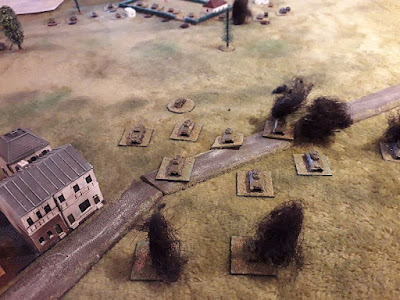 In the centre there is a slug fest and I'm losing. But i have 1 tank unit vs 2 of Matt's but I have the 85mm AT in support on the left 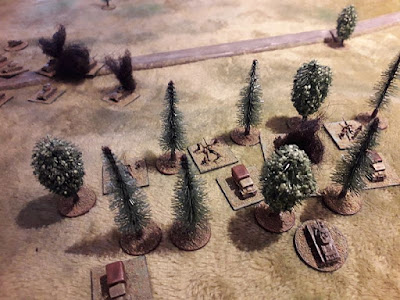 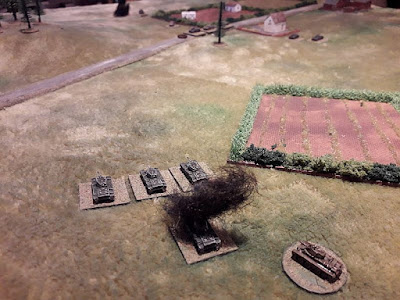 On the right I've also fannied about with the KV1s and lost one - Tiger fixation not good, but I've got my act together and destroyed the Tiger 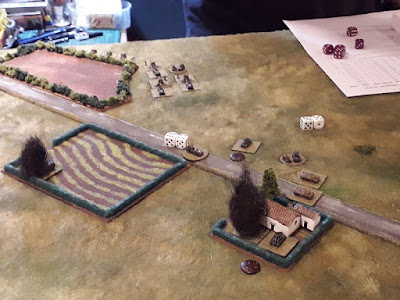 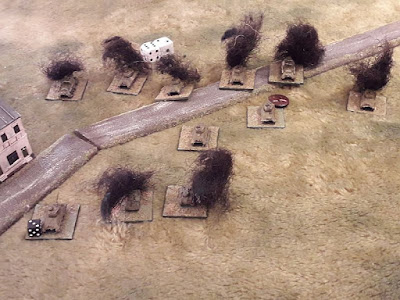 My tank unit in the centre is getting butchered, but they are drawing all the fire 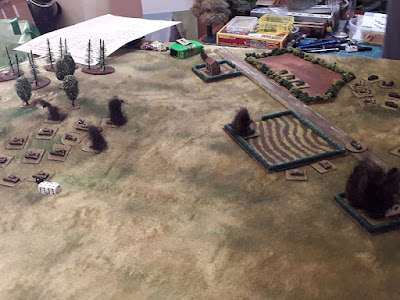 The left - my flank attack is moving forward and into the action proper. the 85s are still picking off the Germans 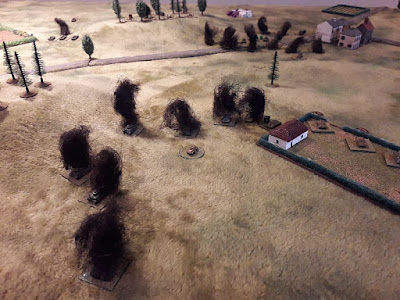 In the centre Matt's tanks have moved to within the range of my 45s. My command rating is 8. Therefore to undertake an action I must roll 8 or less for the 1st action, 7 for the 2nd etc. and you can't move and fire. That's 2 actions. My 45s roll a 6 and fire on the tanks, then a double 1 which is a double action, then a double 1 and then a 4. That is 6 volleys from 3 AT guns and I've killed a lot of tanks. Comrade Joe will be delighted. 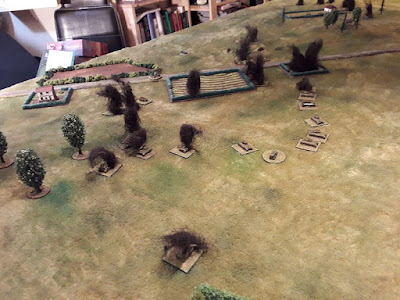 The flank attack is hitting home but I've hit my breakpoint (20 tanks killed) and  must pass a command roll to take my turn. I pass and kill some more tanks. Matt has now hit his breakpoint. 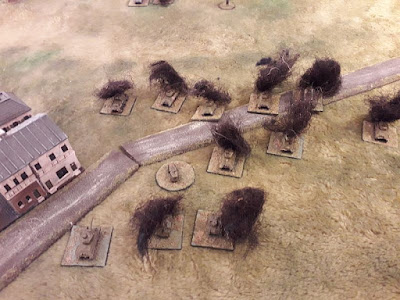 Only 1 tank left in my tank platoon but still swinging 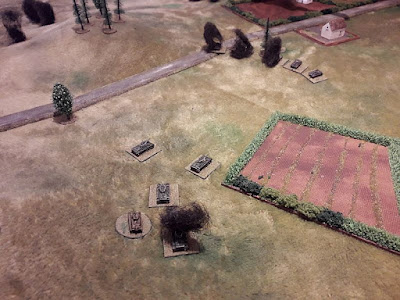 KV1s taking names on the right. Matt must make his command roll at -1. He does and kills another tank of mine. It's my turn now and I fail my command roll and lose the battle. Bugger.

Brilliant battle - loved the rules, loved the scale and the tension of trying to make your command roll - many relieved exhalations of breath when you roll and 8, or a 7. This has given me a real taste for 6mm tanks. Luckily I have loads of BAOR for team Yankee or cold war commander. Thanks Matt.