The thing I like best about wargaming, apart form the other things, is letting my imagination run wild. I don't mind recreating old battles, esp ones I don't know the outcome of, but I really like what ifs and they would never had fought in real life scenarios (e.g.T'ang Chinese vs Saxons). This does explain my liking of Back of Beyond gaming, the world went a bit batty after WW1, so I can have battles between Turks, Brits, Russians (white and red), Chinese and Afghans.

So back to the point. I have decided to build a Scottish army to fight in the 7YW. Imagine that the Jacobites had won at Derby instead of just going home. They would have sued for peace and got their independance back. With the support of the French they could have flourished and at the start of the 7YW could have launched a 2nd front against Prussian by attacking England, or they could have sailed to Europe and joined the French against Hanover.

A trip to Pendraken and an order to Leon for 10mm Jacobite figures and some research based on the units who fought in the rebellion and I'm ready to go. 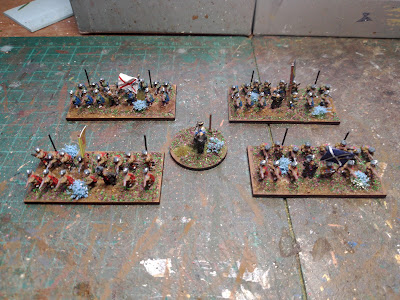 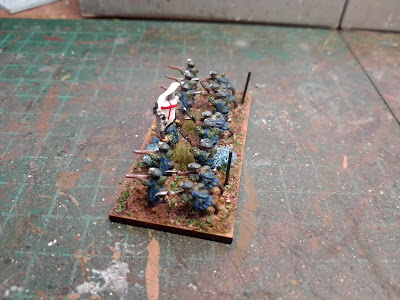 Atholl Battalion. Painting tartan in 10mm is easy, you can't see it any way, so work out the base colour and then add a few flecks and lines to give the impression. Sometimes in works, sometimes it's hard to tell - blue with light green doesn't really work. All units have a blue bonnet and a white cockade. 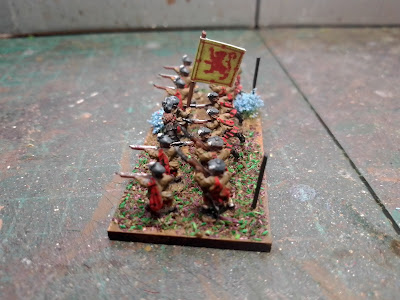 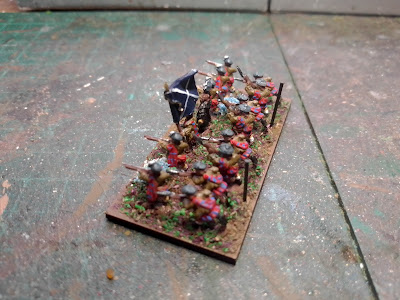 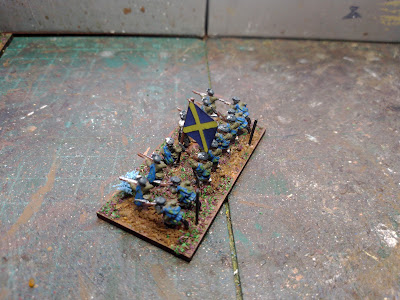 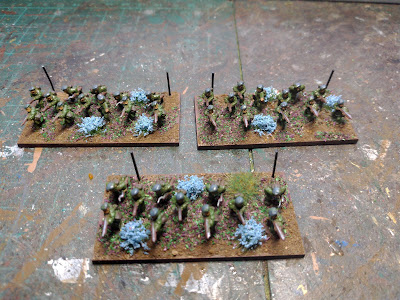 This is the Border Reivers light brigade. The only completely invented units. They are a Rogers Rangers pack and will provide fast moving infantry over difficult terrain. 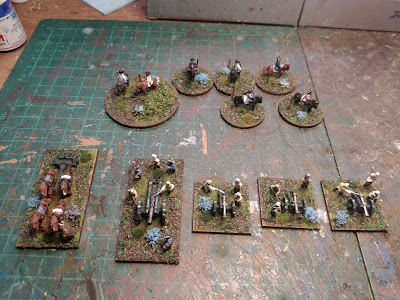 Artillery and officers, repainted Austrians and Prussians. I have far too much artillery.
I have 3-4 more brigades to paint and a plan to make them unique in 7YW, but more of that next time
One of the advantages / disadvantages of playing at Pendraken's shop in the uncontrolled desire to buy stuff 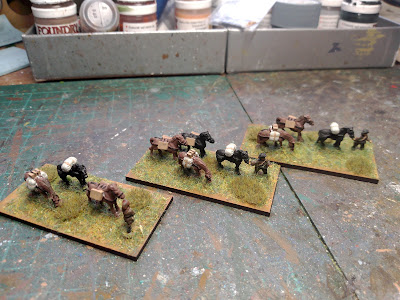 Pack horses, for use by any army 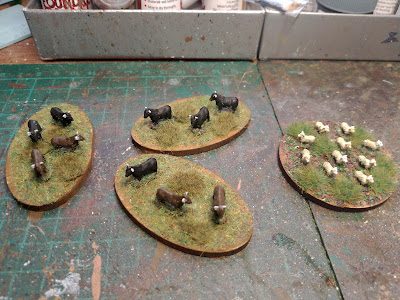 Cows and sheep, or eating and worrying.
Right back to work.