It's been over a month since I posted. At this time of the year I'm painting like a lunatic in the Analogue Hobbies Painting Challenge. I'm currently 2nd behind Miles who is currently building a 6mm version of Stalingrad and I expect that is as close as I'll get.

I thought I'd post a general update on some of the stuff I've painted. In my last post I posted my Dunsterforce collection, this is growing to more of a WW1 Eastern force from Mesopotamia to India and I'll post my figs at a later date. I have painted the Turks though 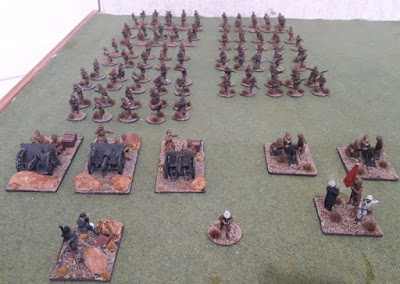 There are 9 infantry sections, 7 75mm guns, couple of machine guns and a forward observer. I have a unit of irregulars to paint, and they may become a full platoon as the figures (Spanish Civil War Moroccans) look like they will work nicely.
I've also painted some more ACW and have some artillery and cavalry to do. That may be it but I doubt it. 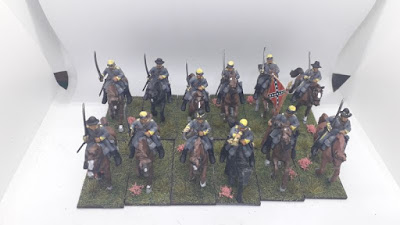 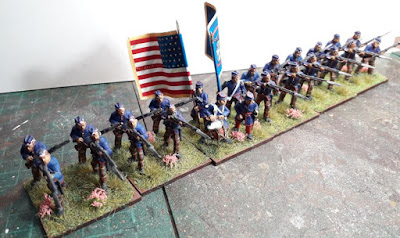 79th New York Highlanders in tartan trews.
There has also been the start of a brand new project. Empress had a flash sale and I picked up some Vietnam war USMC. Full priced NVA arrived yesterday. I have plans for dungeon crawl style games using printed terrain boards and I may have enough for a full battle if the NVA can spawn!. Have a helicopter on the way. 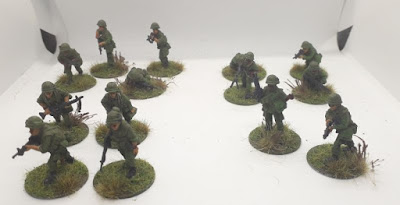 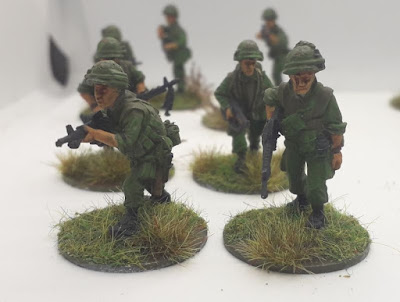 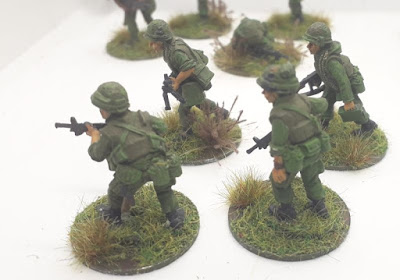 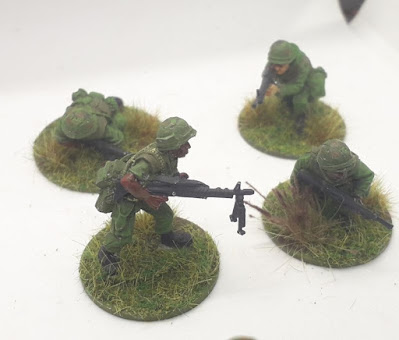 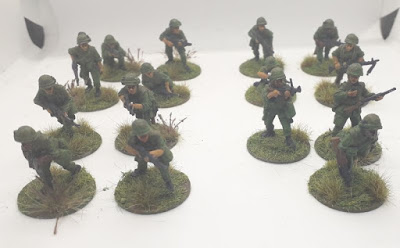 As always with the challenge there are some challenges and I've painted a few of these, my favourites are 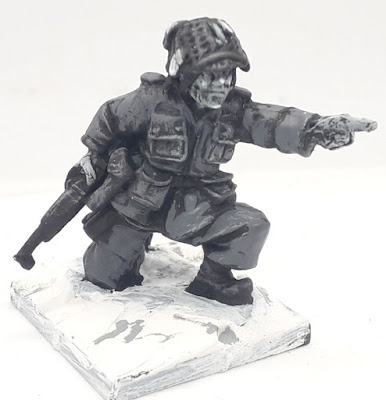 Grey Scale US WW2 paratrooper - this was fun to paint 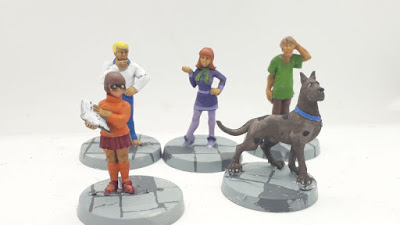 The Scooby Gang - I appear to be painting cartoon characters every year. Bases are terrible but I'm pleased with the figs

Random Hasslefree female, great pose
I have painted other stuff but go and look yourselves.
Finally I've been gaming. Matt in the dungeon. It wasn't face to face and it wasn't zoom. It was by email. We refought an attack at Antietam, I was the Rebels holding the line and Steve was the Union attacking. We would issue orders in 3 turn blocks and Matt would fight the battle. He would then us back ridiculously brief reports from the various Commanders and if we were lucky a single photo from the CinC's view. It was very difficult and huge fun. I lost but the Union victory was Pyrrhic as I destroyed 2 of his 3 brigades. Go over to his site and read the brilliant battle reports.
It was so much fun that I'm running a 7YW one next week so there will be a actual posts but not a lot of painting.
TTFN