The last post was Andalusians and Templars and I have loads of Normans. Therefore I can now fight early crusades and El Cid games. But I needed opponents. I had a root round and found some arab types. Mainly a mix of Perry Ansar, Gripping Beast plastics (?) and a some Napoleonic Persian camel gunners from Irregular. To these I bought some ebay arabs and a couple of packs of camel riders and horse archers from Black tree.

First up the camel gunners needed aging about 700 years. I swapped the heads for spare plastic ones and then draped the riders with cloaks and dishdashes made from toilet paper painted with watered down PVA. This is very therapeutic and very easy. There was something odd about the finished figures though

The rest of the army just needed basing and painting 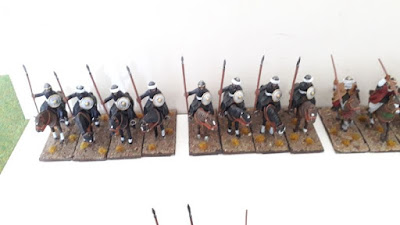 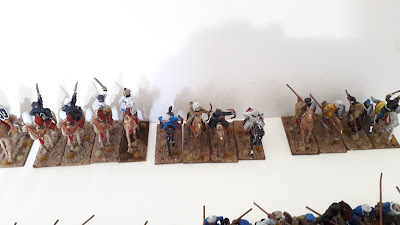 Camel riders - worked out the odd thing yet. They are all left handed. Unit of horse archers and another unit of cavalry 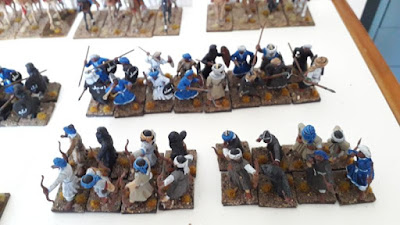 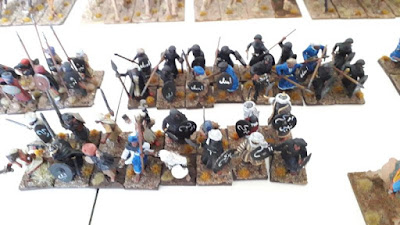 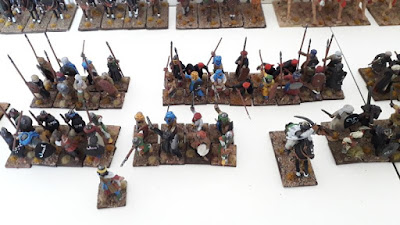 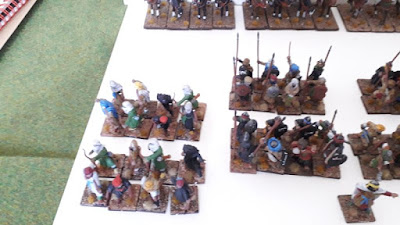 More archers
This is a nice sized force that will do me for all types of campaigns. If I can find any evidence of camelphracts being used then I have some of them as well.
Right back to painting Templars