Of Caravans and Psychopaths

Carry me caravan, take me a away

Take me to Portugal, take me to Spain

Andalusia with fields full of grain

A couple of weeks ago, before covid ended fun again, I played a really great El Cid game with Matt. I had a few Moors and a couple of cavalry units that would pass as Andalusians. The enemy were Normans (we both have loads). I lost but it was a blast and so I wanted some more. A quick trip to Colonel Bills and I bought some Andalusians

The whole force, don't need loads as they were only ever allies, for both sides 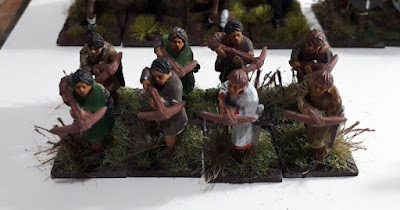 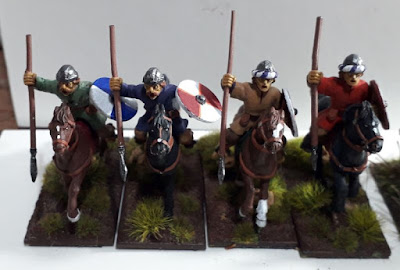 Cavalry - these are actually Carolingians 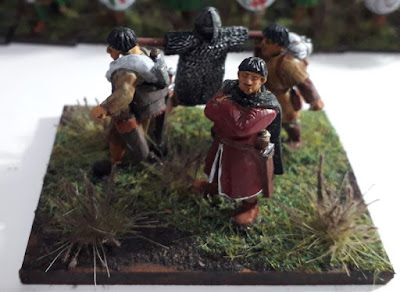 Da boss. This is a nice vignette with his servants carrying his arour and weapons 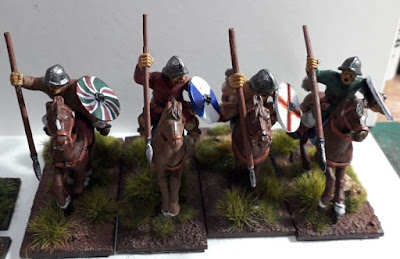 Another cav unit
That is the cavaran bit done (The Doors in case you hadn't worked it out)
Now for the psychopaths. So I have some Moors / Arabs and I bought some more which will appear at a later date. What else to do with them. I've always wanted a Templar army. They look cool and were proper nutters

I had a few suitable knights that needed repainting 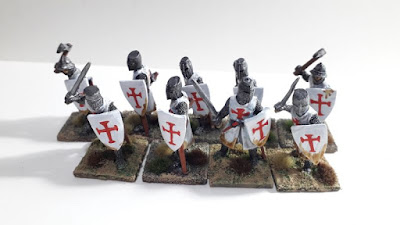 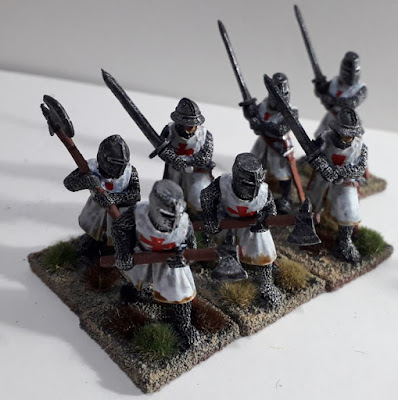 I ordered some mounted knights and Turopoles and I've converted a some figures from the bits box to give me some more knights. Will need some foot soldiers, already have some pilgrims
Keep safe