James has found a new room to game in 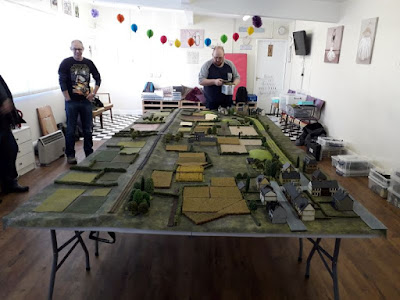 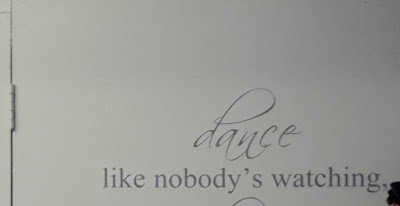 Full of inspirational messages. This one I always do 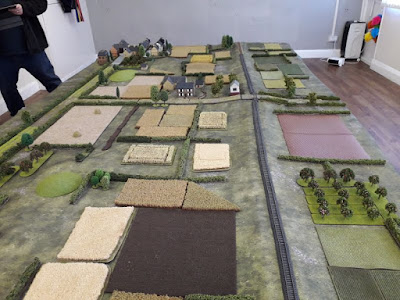 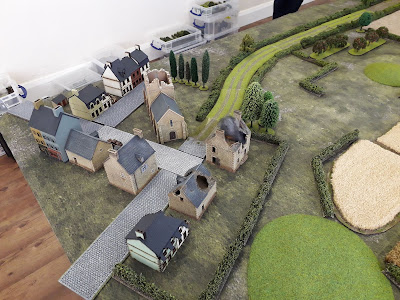 There was a village at either end 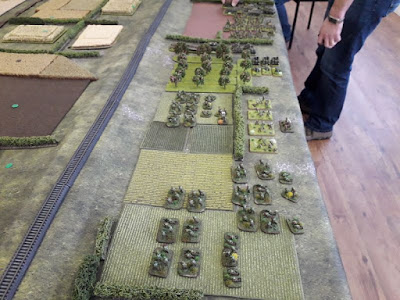 We had an infantry battalion with support, these we mine 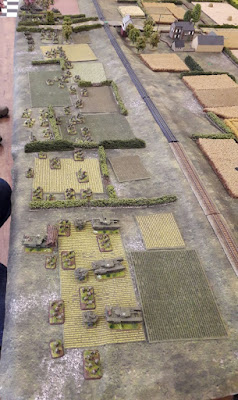 These we Dave's and Ian had the centre. James was GM and the Germans 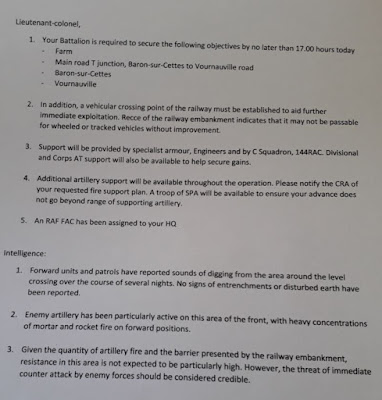 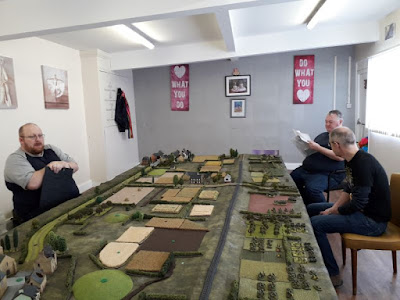 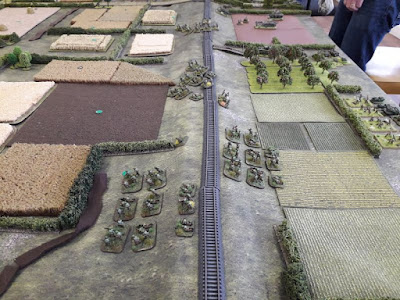 The attack over the embankment, infantry 1st, armour to follow, embankment is difficult terrain for vehicles 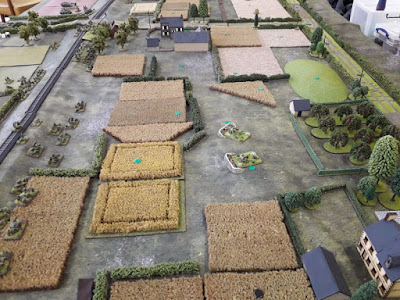 Dave's advance uncovers a couple of pak 40s. The tiddly winks are collected as we advance and can be used to call in artillery. each also triggers a random event. They really keep you moving forward 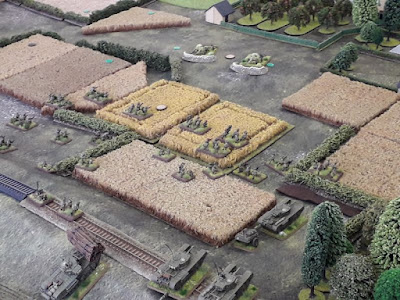 Dave rushes forward with crocodiles in support, these are ridiculously good and I don't know why I gave them to Dave 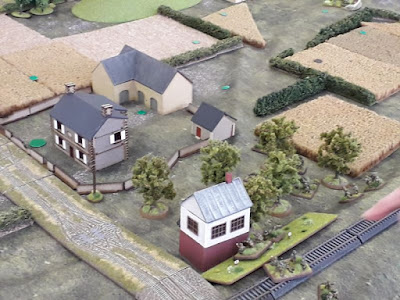 Ian advances on the farmhouse and gets cut to pieces. 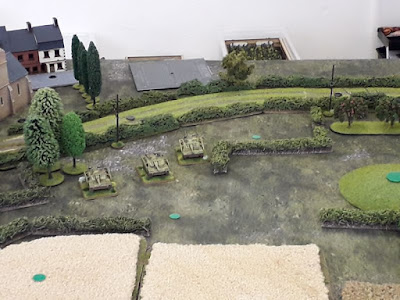 I uncover some Stugs and have no armour nearby. I have some PIATs though so will be fine! 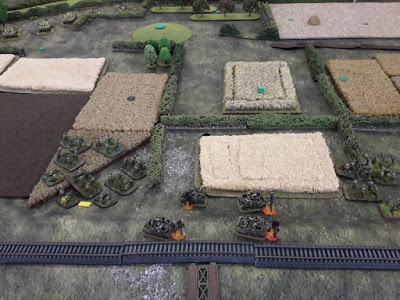 My most advanced armour is a bren mounted vickers platoon. They cross over the embankment and get vapourised by a death ray. Suspect there are 88s on the table. 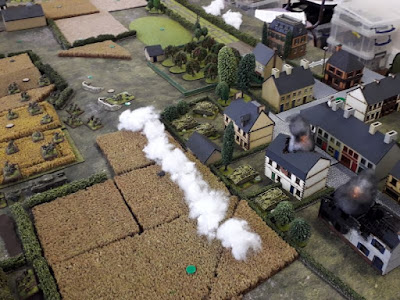 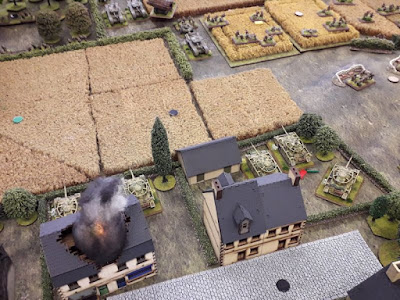 Which he does and starts to take out the tanks who are useless against the Crocs. 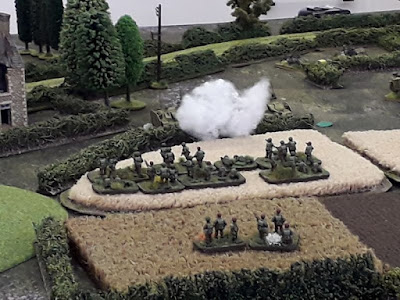 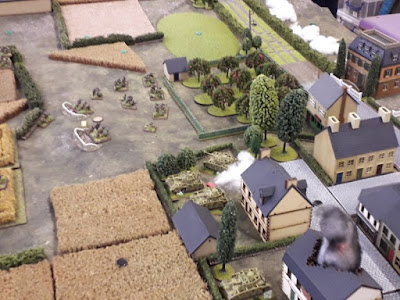 Dave has taken the hill, cleared the pak 40s and butchers a mortar platoon in the woods 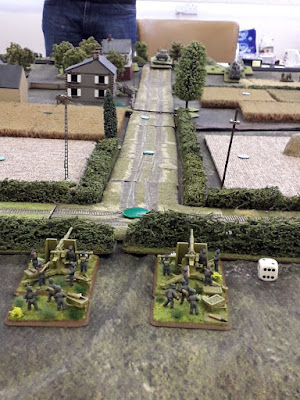 88s, told you they had a couple of death rays 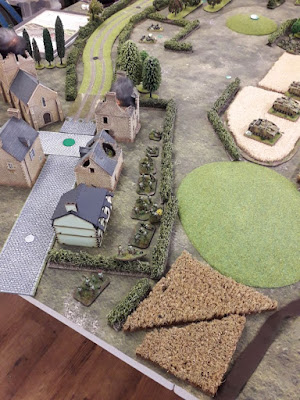 I advance onhte village and a random event causes me to advance an extra 12" right into the gardens of the houses, which are full of Germans. Eek 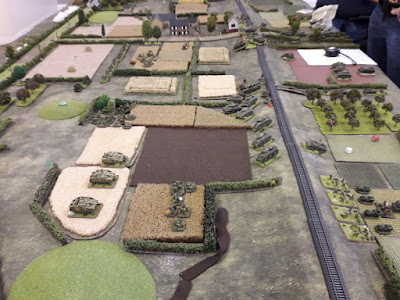 My armour support arrives on mass 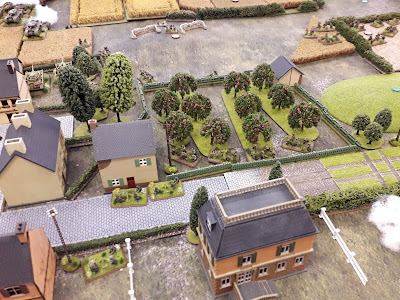 Dave is in the village 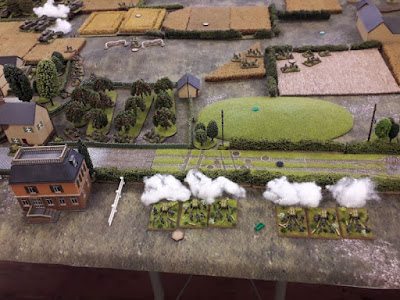 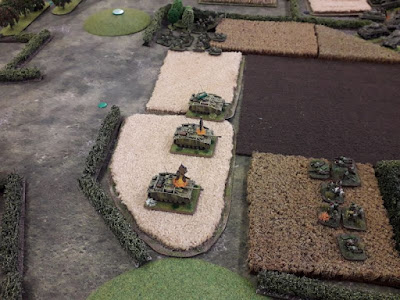 My armour has wiped out the Stugs 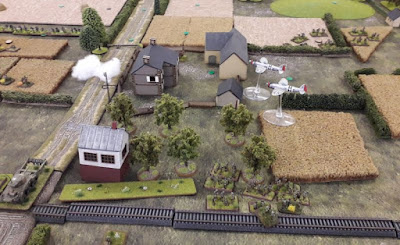 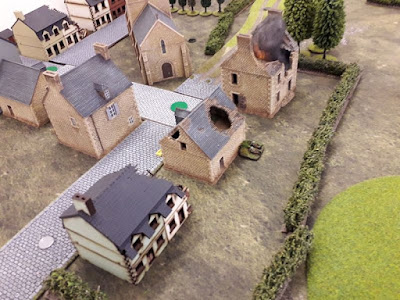 I've stormed the village and taken the houses, awesome 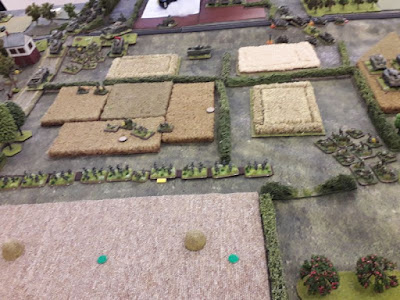 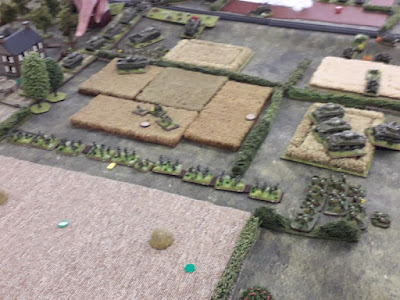 But I've flanked him with infantry and tanks. Game over, although the farmhouse is still holding out and Ian's company can't even field a football team.

Brilliant game in a cool place, plan to make it a monthly event, I may even get my tutu out