The Ballard of Keith

It was the Battleground Show yesterday in Stockton and I had great day. I met Roy Williamson, who was riding shotgun on one of the 2 cowboy games,  and for the 1st time Dave Docherty, who was running the other one (more of that later) and Matt Crump. It was great to talk to them all and there are potential plans afoot for a VBCW clash for control of the Pennines between me and Matt.
I spent quite a lot, although most has gone to my family to give me back as Christmas presents, so you can wait like I have to, or is stuff for the bonus rounds of the painting challenge, which will be shown when its done. So all I can show are some telegraph boys and a British mountain gun. 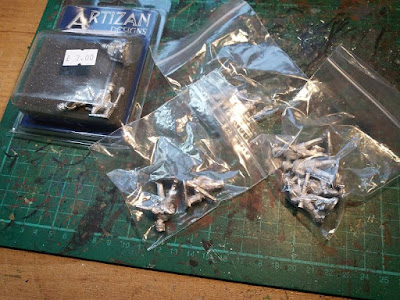 From the bring and buy I bought a selection of trees, £4 for the lot (massive bargain) 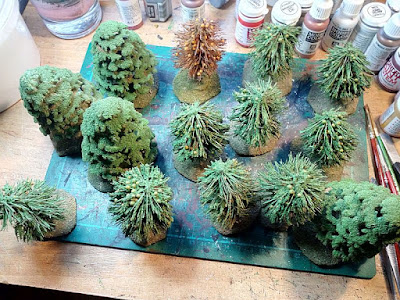 From the same guy I bought all these fences for £3 The most fun I had was playing Dave Docherty's cowboy game on a really well made table. 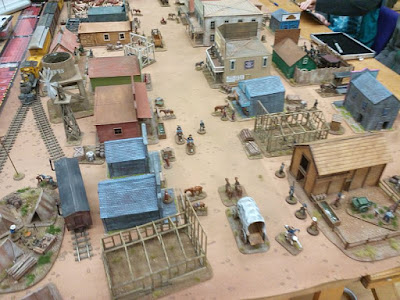 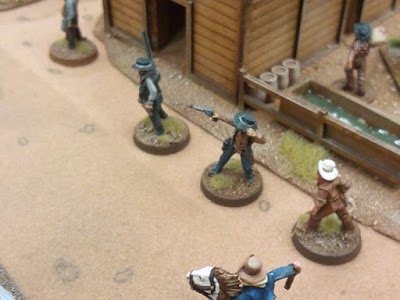 Ben and James played well and quickly headed North and stole an  wagon and made a swift B line to the train. The Law and the Pinkertons got into a scrap and I advanced towards the train as fast as possible. Keith hurtled the wagon across town, running over the towns folk - brilliant move and proper brutal.
I made it tothe train whilst one of the brothers stole a horse and raced for the train, killing a Pinkerton on the water tower whilst at the gallop. 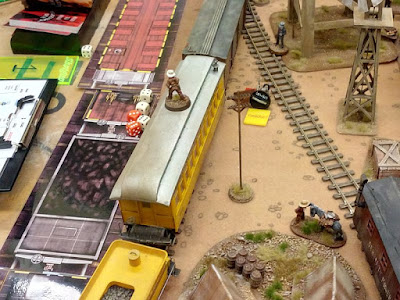 Keith and the prisoner made it to a cattle car as the train started to leave and I got one guy onto the roof. The 2nd brother was gunned down by Keith as he tried to board the train. With only 2 turns left the 3rd brother galloped along side the train 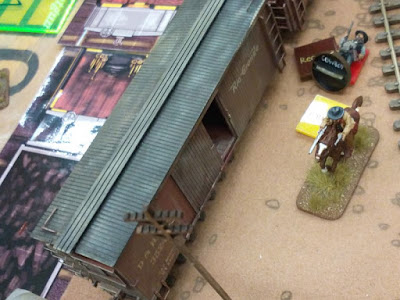 Opened fire with with his Colt and ..... 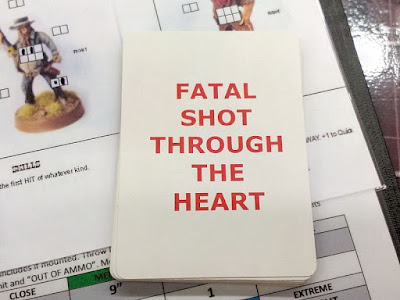 I won in a proper Hollywood style. I was lucky, although I did do a little dance, Ben and James played very well and couldn't have done it any better. The rules are on Dave's blog and were great fun. I feel the need to dust off the cowboy collection and play.