The hopefully not very boring history of my hobby

Inspired by Adam Carriere I have decided to publish some photos of examples my previous work. Like most of my generation I started with Airfix figures, but I have none of those left. When I went to University in the 1980's I was introduced to Warhammer and at that time a Ravening Hordes supplement came out. In it was a viking army called Auden's Ravens and so I bought my first army (think it was £50ish). They were proper hard and once charged an Elf army composed of almost entirely bowmen and slaughtered them to a man (Elf?). They were Citadel miniatures and are still available to buy at Wargames Foundry. I recently purchased some proper round shields for them, they came with medieval and norman plastic shields, but the army is still only 1/2 painted after 30 years. These are pre-flocking days 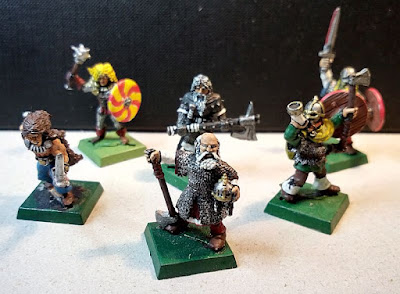 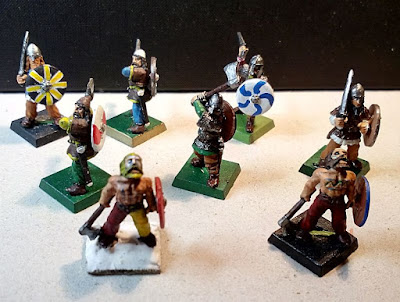 Next up I bought a T'ang and the 5 Dynasties army from Essex (for £15 - GW were always expensive). I tend to buy armies as they are cheaper and to be honest I'm a lazy shopper They were a bizarre purchase, no practical opponents but they are well balanced army, fight well and who cares. I finished painting these. 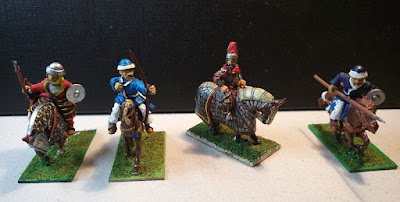 Next up was a 20 year gap as I put away childish things. That's it for now, only 1 more episode for you to endure. This seems a suitable song for this chapter "Swords of a Thousand Men"
Posted by MartinC at 21:48