I bathe once a month, whether I need it or not

Yesterday's post of pirates lead to an interesting conversation with Adam Carriere about clean vs dirty figures. generally my figures are spick and span with only a small amount of wash on faces and skin, The clothes are generally freshly cleaned with shading painted on, not washed on. Adam prefers a dirtier apearence - war is a dirty business. I don't really disagree, except on the point of rusty tanks. I can't imagine the scale of the bollocking from the sergeant major when you explain why his tank is rusty. I've never been in the armed forces but I have friends and relatives who are and I'm pretty sure that, like the Queen, squaddies think the world smells of fresh paint.
Anyway I decided to take a couple of yesterday's pirates and get them dirty - pirates are definitely unhygenic. It also gave me a chance with test out the extra lighting I bought to improve the photography. Better I think 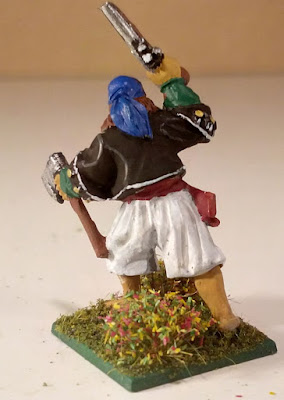 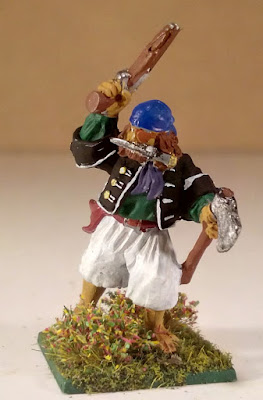 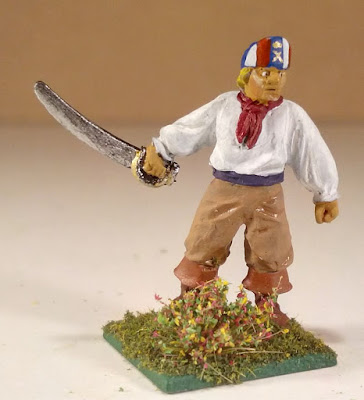 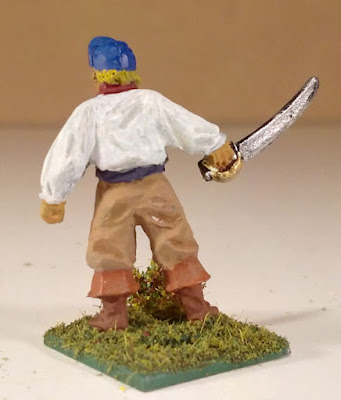 Nice and clean and shiny

After pictures - several wash layers of dirt and stains, a bit of dry brushing and rusty swords and axes. Also gave the French guy a redder nose. 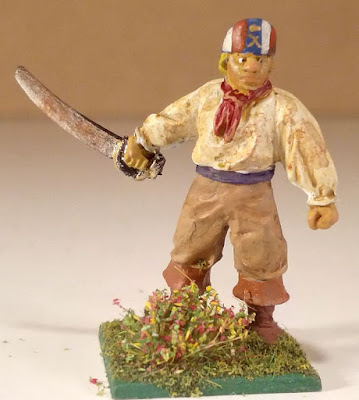 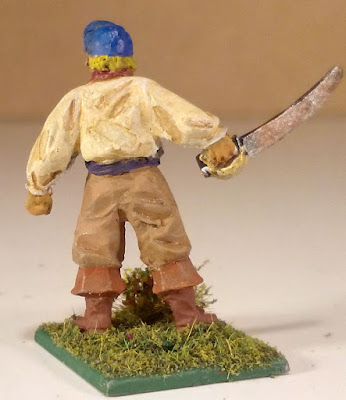 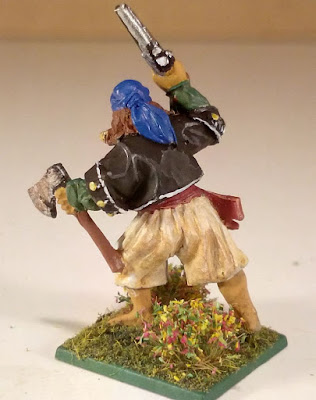 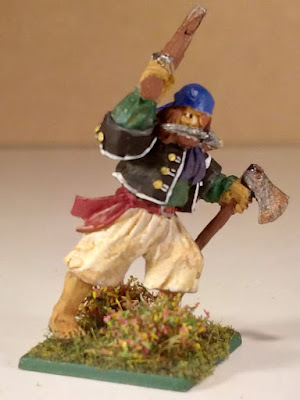 So what do I think. Works well on white and works well on pirates and by association irregular troops of all ages - except maybe my VBCW figures who have access to soap powder and domineering wives and mothers (socialists) and servants (Lord Percy). Still want my regulars well turned out though.
Another pirate song - well it has the word pirates and is a belter

Email ThisBlogThis!Share to TwitterShare to FacebookShare to Pinterest
Labels: Pirates