With the Challenge and Christams rapidly approaching it's been prepping and finishing off stuff.

1st up my aged mother is running out of things she wants. She does have a great interest in all things mythological, esp Ray Harryhausen movies and so for the last few years I have been painting Greek figures for her, she even has a display cabinet. 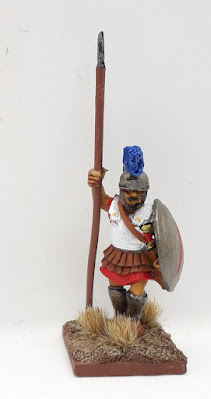 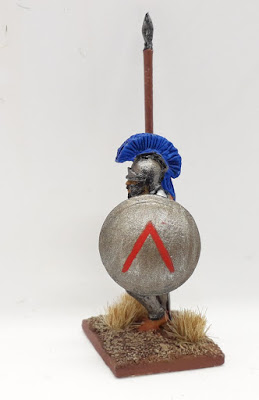 1st a simple Spartan warrior. Need someone to kill the monsters. Not a fan of Spartans, too fascist for my taste. 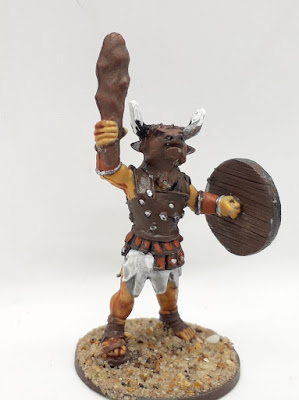 Next a Minotaur. Actually it's a Foundry gladiator with bull mask but my mum won't know the difference. 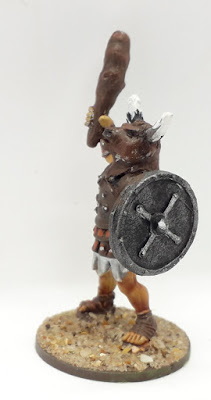 Now we have Pegasus, again Foundry and a lovely figure 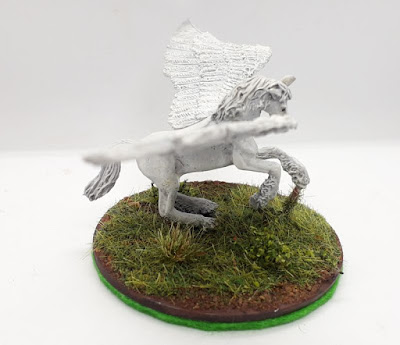 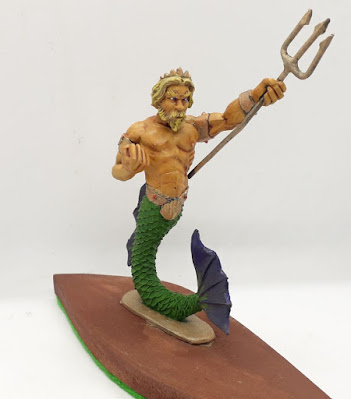 Finally we have one of the titans named Triton. Mum will think he's Poseidon, like everybody else does. THis is a big unit approx 100mm high 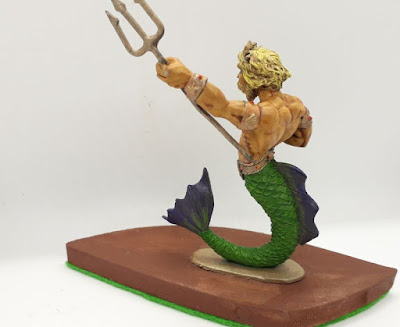 THat should keep her happy, pretty much run out of Greek types now, so I've bought her a book on Japanese Mythology and have some thoughts of Arabian Nights stuff - Sinbad and all that.
Every year a try and buy a handful of figures to test out my painting skills. Usually they are Mr Lees or Hasslefree. This year I bought a Grail Knight from their Artemis Black range 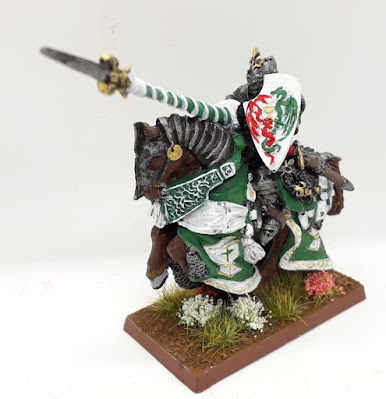 It's brilliant figure with oodles of detail and a big 32mm metal figure. Love the shield and will buy more after Christmas 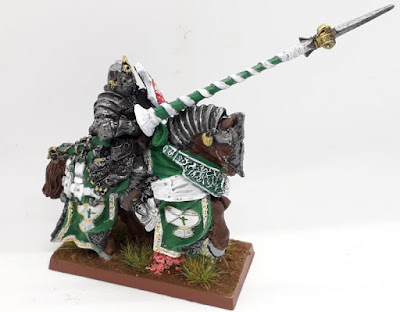 Finally Dunsterforce and Ottoman troops have arrived or are in transit. in the meantime I've been trawling through the lead pile and found another figure to use 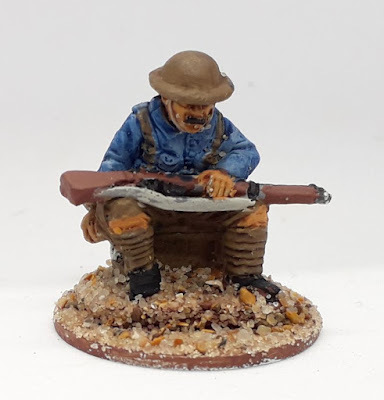 This is actually a Partizan freebie ( I think) and he was wearing an overcoat but I removed some of that and now he looks like he is shirtsleeves and shorts. Will add to a HMG team.
So for the new 3 months I'm painting 28mm WW1 Britsh, Turks and Azeri Militia; 10mm Italian Wars and 28mm ACW. Should keep me busy for a couple of months.
Have a good Christmas and a normal 2021