It's that time of the year. Finishing off 1/2 completed figures and prepping new figures. Yes is Analogue Hobbies Challenge time. This will be my 6th(?) challenge and has been one of the most important parts of my hobby life. It is where I met most of the people I game with.

So I've been prepping, loads of 10mm Italian Wars figures, some more ACW (already have too many), a new and obscure WW1 project, and my usual eclectic mix of random stuff I like to paint.

To clear the decks I've been painting the following 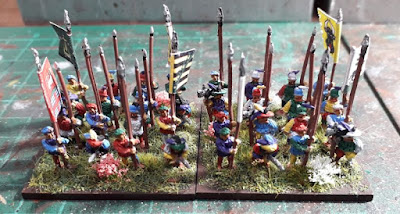 1st up a couple of practice bases of Landsknecht pikemen in 10mm. These were fun to paint, which is a relief as I've got loads and loads of them (impulse ebay buy) 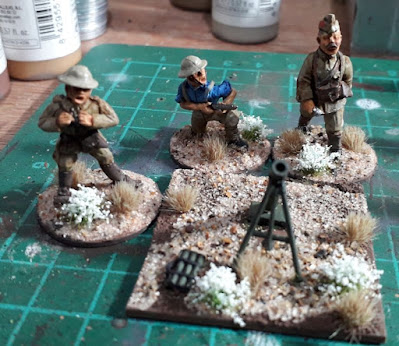 My next project is Dunsterforce. Dunsterforce was the British incursion into Armenia in 1918 to prevent the Ottoman Empire from gaining control of Baku and the oil wells there. It was a proto SAS volunteer force that started with 40 men and expanded to 5000 with armoured cars and planes. I've some figures on order but a raid of the existing figures gave me some artillery pieces and figures. This mortar is scratch build 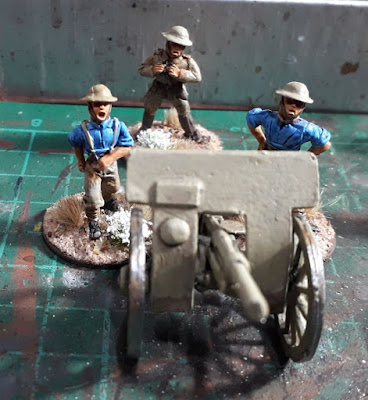 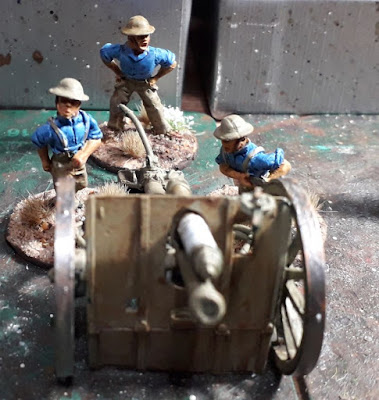 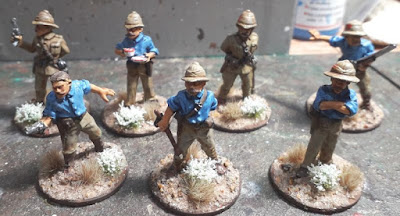 The force so far. More infantry and cavalry to come. I'm pondering a Turkish Army from Woodbine Design 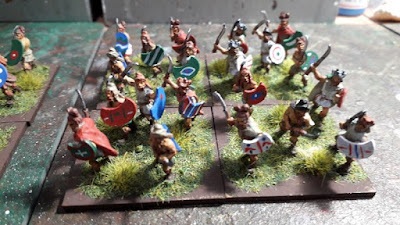 Lastly i have an ongoing 15mm project set around Pontus and the Black Sea in 90BC. These 3 units are the last of the Thracians 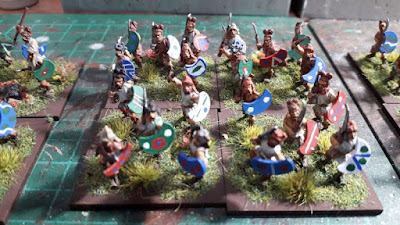 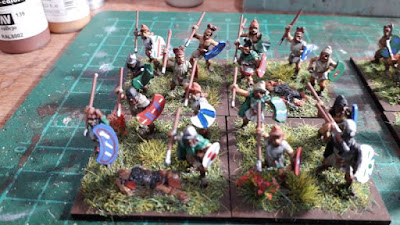 All in all a productive couple of weeks. Right now back to prepping