I've been quite productive this week and I have next week off, weather forecast shocking, but shops are open as I need stretchy clothes and more exercise.
I've finished off the last of the 7YW figures I have, but fear not dear reader I've ordered loads more.

Austrian 12lb Artillery
My original plan was to build the 2 opposing armies for the 1st battle of the 7YW (old Glory). However they are a little unbalanced, lots of Prussian guns and not a lot of Prussian Infantry. So I've tinkered with that and evened up the number of heavy artillery with these 5 Austrian 12lber guns

Prussian Limbers (Pendraken) Heavy artillery from Pendraken come as 1 cannon and 1 limber with crew, whereas Old Glory come as 12 cannon only. A bit a shuffling as there are loads of spare artillery men in the Pendraken 3lb battation gun pack, enough to crew the 12lb artillery. Limbers are neither here nor there. Generally they look good but large artillery is often static.

Prussian Grumbkow and Keist Grenadiers. Prussians not only used ad hoc combined grenadier battalions but also had standing battalions like these. 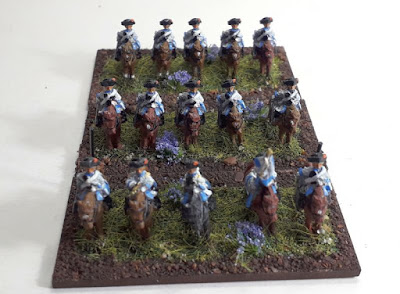 Prussian Von Brandenburg Cuirassiers. Love the white and sky blue uniforms with the orange pompom on the hat! 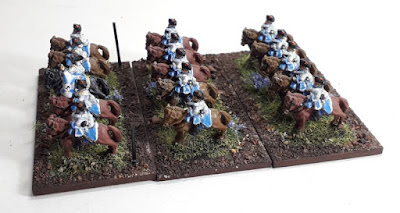 Not only I am working through the 7YW forces but I am also working on the 15mm Ancients project. 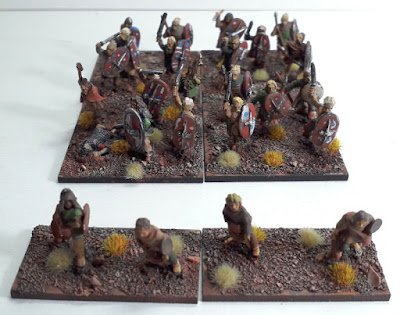 These are galatians but could double as Gauls which is why they are an attach column with skirmishers in front, no wait that is a different French period
Have fun
Posted by MartinC at 20:05