The Battle of James' New house

James, of MadTinHatter fame is moving into a new build house on the site of the old J Hill and Sons company ( it was F Hills but my typing was off). This was a furniture factory and during the 1930s dabbled in aircraft manufacture, the Hillson Praga Monoplane 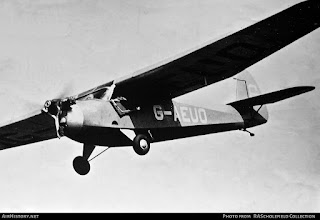 As James has never played a VBCW it seems an ideal opportunity to break him in. The joy of VBCW is you get to fight imaginary stuff like this.
I needed a factory model and a e-bay (BanksJohnEdward store) and I was sorted. The mdf models from him are basic and very very cheap. It arrived promptly but was incomplete and a quick email exchange later and not only were the missing parts supplied but I recieved an entire building. Some cutting of board and I had 3 factory buildings and a massive factory. Quick spray paint and a raid of the internet for images of advertising signs and I was sorted. 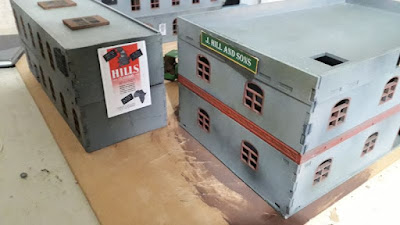 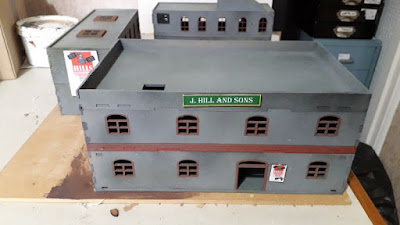 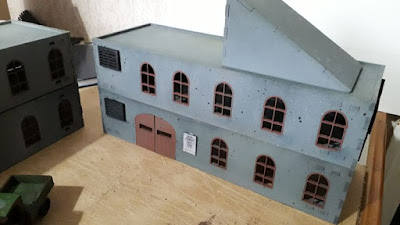 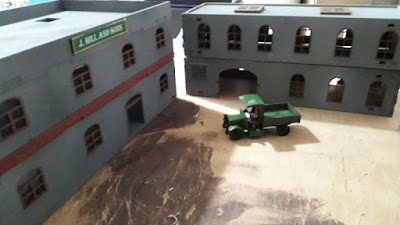 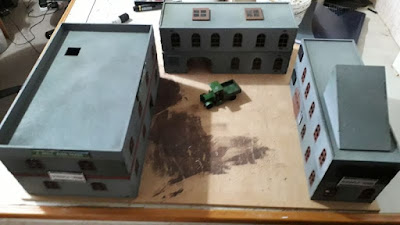 This will do nicely for the main battle. The story will be that the fascist forces of Lord Percy have ventured South in his attempt to refound the Kingdom of Northumbria. The workers of Hills have banded together with the local Fire brigade to prevent Percy from capturing this important aircraft factory and have sent for reinforcements from the Post Office Workers Union. Can they hold out until the Posties arrive. Find out in out next thrilling installment (actually probably the one after next as I have some 10mm Austrians to paint)