Today we went down to Hammerhead at Newark (me, Dave and James went down last night had a curry and too much beer, John and Pete came down this morning - John arrived pre-hungover)
We were running a participation game, Hammerhead is all about participation games.
Our game was a reboot of the "classic" (Ok dodgy) 1980's TV show "Tales of the Gold Monkey"

The plot was simple, rescue the girl from atop the pyramid and get back to the plane. The pyramid was from Amera and received much praise during the day. I'd tarted it up wit some plaster skulls I'd cast. There were 3 ways you could go, each with specific horrors The damsel was guarded by 3 huge, armed gorrilas (Mr Lees) 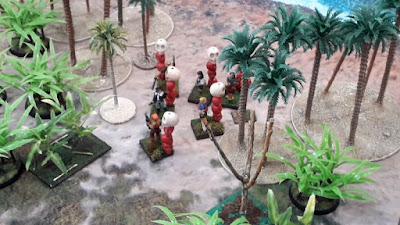 The rules were very quick and dirty (they are 6 lines long and that is because there are 5 types of gun) The rescue party has 4 wounds each (the tower of skulls).
I know what you are all thinking "white men rescuing a white woman, a barely dressed white woman from foreign savages". We are better than this and also had an all female crew rescuing a captive man. Still white but didn't have suitable figures of other nationalities. 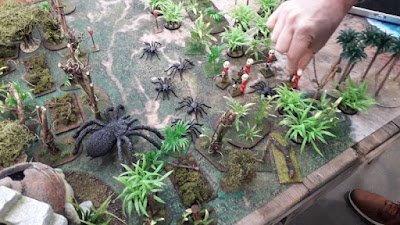 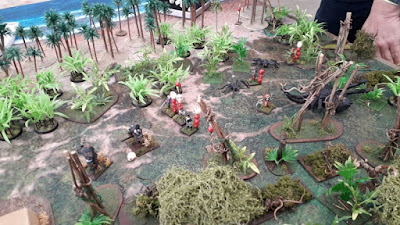 And then the villagers 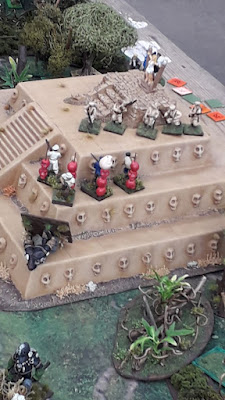 Even Kreigsmarine would get in the way. There were also dinosaurs but no photo

We played 7 games, with all our gamers being under the age of 10 and both boys and girls. All loved it and all on.
We had a fab day and the buzz in the room was great all day.

It being a show I also spent a load of money, my lead mountain is severely depleted 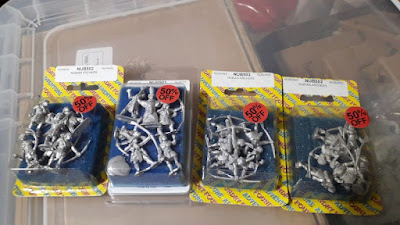 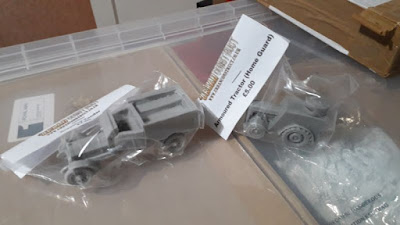 Crossley truck and an up-armoured tractor (Urban Construct I think) 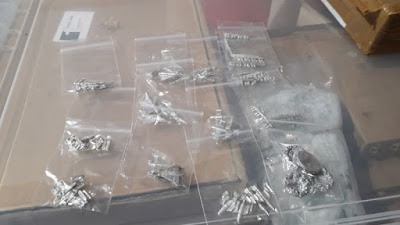 We have a hankering to play Arab - Israeli 6 day war in 3 mm on a 12ft table - I know mental. This is the Israeli airforce and some Shermans and Priests from Tumbling Dice - my 1st purchase from them and the guy was really nice if a bit amazed at the prospect of 3mm battle on a 12ft table 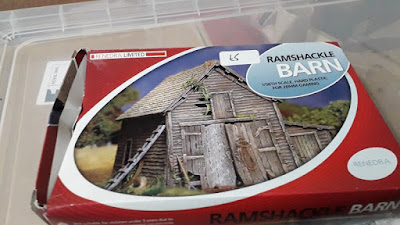 The Bring and Buy was pretty good, often they are too expensive and a haunt of traders who can't afford and stand. This one was better. I picked up this barn 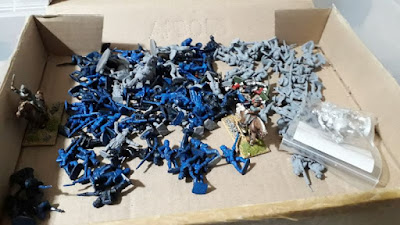 I have finished my 28mm ACW forces - I have a division of each side. So obviously I bought a load more. 100ish infantry for £25 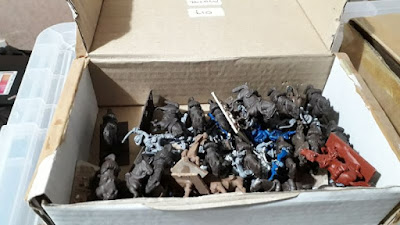 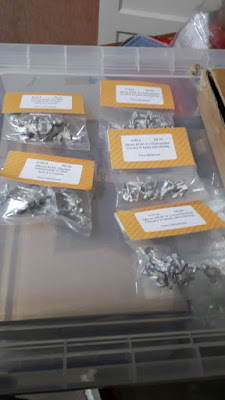 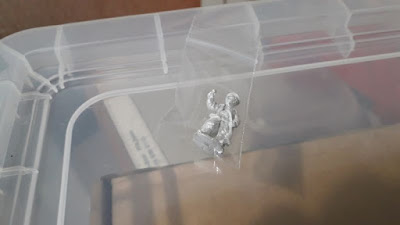 finally a pressie from Dave - A Russian General

Great day and back for Partizan in May but not putting a game on. Putting a game on is good but everything is a bit of a rush when shopping and looking round.